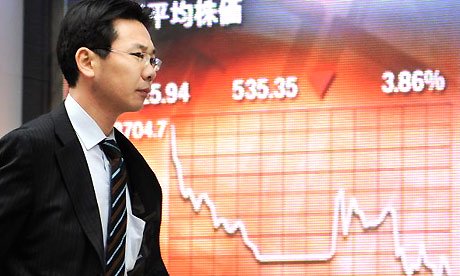 HONG KONG: Asian markets rose on Monday as some of the world’s worst-hit countries reported falling death rates, providing some much-needed hope in the battle against the coronavirus, though oil prices dipped after a meeting of top producers was delayed.

While the disease continues its deadly sweep across the planet, with more than 1.25 million now infected and nearly 70,000 dead, news out of Europe that fatalities were easing has lifted spirits on trading floors.

Meanwhile, South Korea saw its fewest new cases in six weeks, Australian new infections were also dropping and Donald Trump said the US was showing signs of stabilising, despite the number of cases there passing 335,000 – the highest in the world.

“Focus in markets will now turn to the path out of lockdown and to what extent containment measures can be lifted without risking a second wave of infections,” said National Australia Bank’s Tapas Strickland.

Lindsey Piegza, at Stifel Nicolaus and Co, told Bloomberg TV that she was hopeful the crisis could be brought under control and the US economy reopened “by the end of April, early May”.

The relatively upbeat news lifted Asian markets, which shrugged off data on Friday showing a massive drop in US jobs in March that added to news that millions of people had applied for unemployment benefits.

Tokyo, Sydney and Manila all rose more than 4%, while Seoul, Singapore and Jakarta gained almost 4%. Hong Kong jumped 2.2%. Taipei added 1.6%, while Shanghai was closed for a holiday.

London, Paris and Frankfurt all rallied out of the blocks in early trade.

However, observers remain cautious as the US enters what Trump said would be “a time that’s going to be very horrendous” with “some really bad numbers”.

The country’s Surgeon General Jerome Adams warned on Fox News: “This is going to be our Pearl Harbour moment, our 9/11 moment.”

Erik Nielsen of UniCredit SpA said: “There is light at the end of the tunnel but it’s still a long tunnel.”

Attention this week will be on a planned meeting of the Organisation of the Petroleum Exporting Countries (OPEC) and other key crude producers aimed at easing a supply glut that has sent oil prices crashing.

Both main contracts soared last week as Trump said Saudi Arabia and Russia would hold talks on ending their price war, while it also emerged OPEC would be holding a teleconference on Monday.

However, investors were dealt a blow over the weekend when the meeting was delayed to Thursday, while analysts said there were doubts that the US would take part in them, which could be a major sticking point for Moscow and Riyadh.