Says all hospit­als and clinic­s should remain open
By ​ Our Correspondent
Published: April 6, 2020
Tweet Email 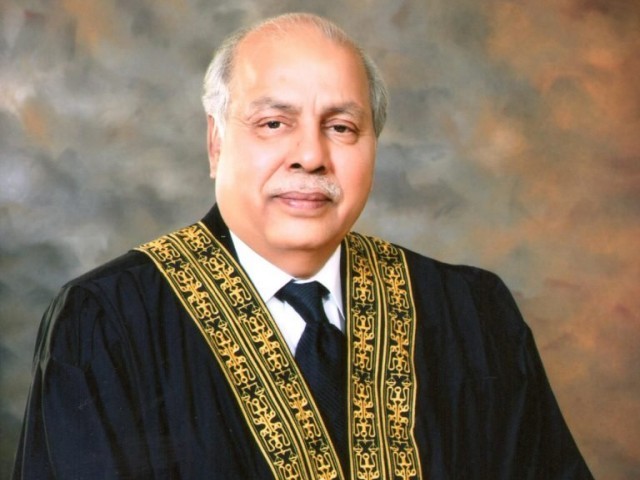 “The government is just calling in meetings whereas no work is being done on the ground,” CJP Ahmed remarked during hearing a petition filed against Islamabad High Court’s (IHC) verdict of realising under trial prisoners due to COVID-19 outbreak.

The CJP said that here is no hospital in Islamabad where he could go as all Out Patient Departments (OPD) had been closed.

Parliamentary committee on COVID-19 meets for the first time

“What kind of medical emergency is this in the country,” the chief justice said. “All hospitals and clinics should remain open.”

The CJP was irked when the Supreme Court received a letter from the Ministry of Health asking it to close its dispensary.

“Why should it be closed,” CJP Ahmed said. “This is no way to fight a pandemic.”

The attorney general (AG) said that the centre is taking best possible measures to fight the deadly contagion. He further stated that another report, apprising about the situation in the country is also submitted before the court.

The top judge said that Minister for Human Rights Shireen  Mazari filed a reply that the Peshawar High Court has ordered the release of 3,200 prisoners.

Attorney-General replied that no such verdict was given by the (PHC) adding that the human rights minister might be mistaken.

The chief justice also questioned the competence of State Minster for Health Dr Zafar Mirza saying that he is just being given coverage on media on a daily basis.

To this, the AGP responded that no one from the ministry was summoned yet.

The hearing has been adjourned till tomorrow.