44 doctors suspended for failing to report for duty in Taftan

44 doctors suspended for failing to report for duty in Taftan 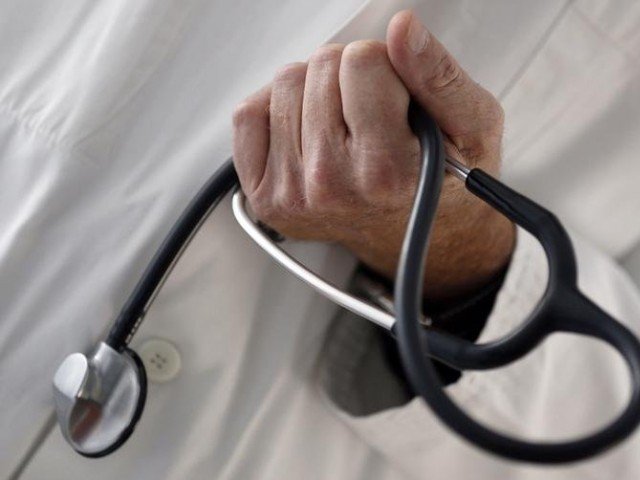 QUETTA: Balochistan government on Saturday suspended 44 doctors over failure to join duty in Taftan, a town near Pak-Iran border in Chagai district, during the coronavirus outbreak in the province.

“Government had suspended 12 doctors earlier over their failure to report for duty.

Besides, it will ensure strict action against doctors who refuse to render services during the health emergency,” said Hasni, adding coronavirus patients needed the care of medics in Taftan. Hasni apprised journalists about a container town established in Taftan which had the capacity to accommodate 600 pilgrims returning from Iran for quarantine.

Young Doctors Association (YDA) has announced it will continue protest against the lack of safety kits for doctors treating coronavirus patients in Sheikh Zayed Hospital Quetta, according to a statement issued.

“Provincial government has not provided safety kits to doctors despite many of them having been infected with the coronavirus,” said YDA Spokesperson Rahim Babar while talking to The Express  Tribune, adding the Balochistan government evades responsibility despite being requested repeatedly to provide safety gear to doctors on duty for their protection.

Earlier, YDA had postponed the protest over Balochistan Chief Minister Jam Kamal’s assurance to address the issue onpriority. A delegation of doctors met the chief minister at Bolan Medical Complex  Hospital. The delegation was led by Dr  Yasir Achakzai.

The spokesperson said the non-serious attitude of the government compelled the  YDA to resume protest. He also threatened to stage a sit-in outside the Chief Minister  House.

Due to lack of safety equipment for doctors in the province, so far 11 doctors have  tested positive for the deadly pandemic.