How corona is changing global macroeconomics?

How corona is changing global macroeconomics? 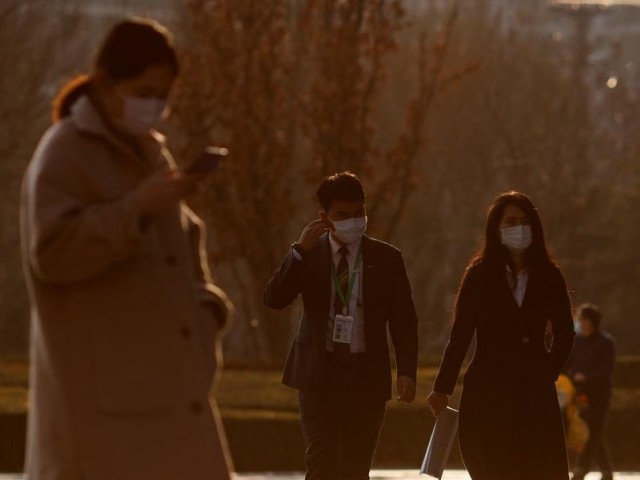 ISLAMABAD: In the past two weeks, central banks around the world have taken drastic measures to save the rapidly disintegrating global economy from the escalating Covid-19 pandemic.

With interruptions in international supply chains due to a global demand slump, the flow of dollar-dominated payments has also stopped, resulting in a tightening of dollar supply worldwide.

Amid fears of sovereign debt defaults and crashing asset prices, foreign investors have pulled out portfolios from emerging markets, leading to demand for the greenback appreciating significantly.

So after facing trade shocks, most emerging economies are now experiencing a sudden stop in capital inflows too. In March 2020, investors divested hot money worth $1.5 billion in government securities such as treasury bills and investment bonds (PIBs) from Pakistan alone.

With external debt amounting to over $2 billion maturing in three months, Pakistan like many other developing countries will be seeking a moratorium on its foreign debt commitments with a freeze on interest payments. In fact, the risk of sovereign default in countries such as Argentina is as real as it gets.

Though collective action clauses (CACs) are now a norm and appear in most sovereign bond agreements in respect of developing countries, Bretton Woods Institutions and other creditors should consider extending maturities to avoid a global sovereign debt crisis and to preserve the potential for full payments in future.

In fact, three elements – liquidity support, enhanced forex swap lines and recapitalisation of distressed banks – should be the core focus of the Bretton Woods Institutions and major central banks in the short run. The expansion of central bank swap line arrangements since March 15 has provided much-needed US dollar liquidity to central banks – though at an increased premium (called cross-country basis).

But what is needed in this hour of distress is the expansion of forex swap lines by the US Federal Reserve to emerging economies as well. G20 leaders should also endorse amendments to the IMF articles in order to make a large Special Drawing Rights (SDR) allocation to central banks in exchange for their currencies.

Under a pandemic emergency purchase programme (PEPP), the European Central Bank (ECB) has unveiled a comprehensive plan for salvaging Europe’s markets from potential ruin posed by the outbreak of COVID-19.

The ECB decided to buy additional €120 billion of assets this year and established a €37-billion Corona Response Investment Initiative for providing liquidity to small and medium enterprises (SMEs). The ECB also removed purchase limits on public and private-sector securities and lowered maturity minimums from PEPP. Nine euro area governments proposed the establishment of a credit line from the bailout fund and the issuance of joint European debt to finance the war against coronavirus.

As part of emergency liquidity measures, the ECB also eased collateral standards by adjusting risk parameters of the collateral framework. In the US, the widening spread of US government bond prices shows that even the US government bonds are not immune to market illiquidity.

The US Federal Reserve has not only slashed its policy rate and reserve requirement ratios to nearly zero, it has also decided to increase bond holdings in its balance sheet by at least $700 billion in coming weeks.

Fed has also engineered new financial instruments and institutions as part of its programme to inject liquidity into non-banking institutions.

However, as central banks are planning emergency interventions, they have neglected the importance of international coordination in their economic responses to the COVID-19 crisis.

Whether it is G7 or G20 or the Asean bloc, an integrated plan for fiscal support of emerging economies, a review of international trade practices and overall financial prudence is missing.

EU’s restrictions on export of critical medical equipment outside of the European bloc and the Sino-US trade barriers are self-defeating in the war against corona.

World leaders need to bolster confidence in the battered trade system by supporting the World Trade Organisation (WTO) and free trade regimes that may cause systemic liquidity failure if allowed to go under.