Plot thicke­ns as US insist­s on Omar Sheikh senten­ce and does not prosec­ute Khalid Sheikh for Pearl’s killin­g
By Anadolu Agency
Published: April 4, 2020
Tweet Email 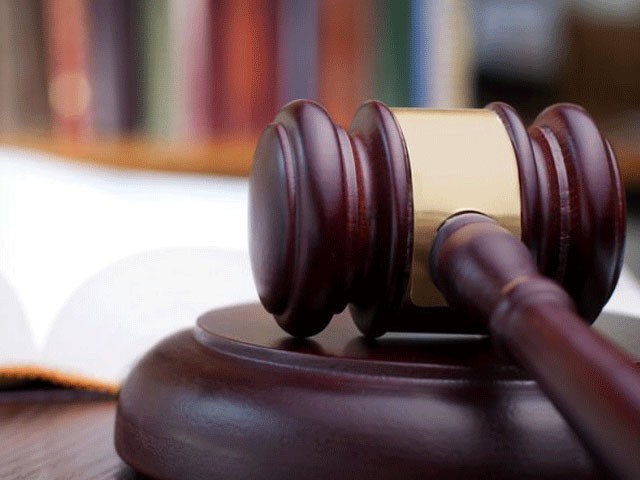 ANKARA, TURKEY: When the US State Department on Friday condemned a Pakistani court’s overturning of the convictions of four suspects in the kidnapping and murder case of Wall Street Journal journalist Daniel Pearl, questions loom large as to why the US did not prosecute the “culprit,” who is in their custody since 2003.

Sindh High Court (SHC) on Thursday overturned the murder conviction of Ahmed Omar Saeed Sheikh. The court charged him only for kidnapping the journalist and sentenced him to seven years in prison. The SHC also acquitted three others accused in the case — Fahad Naseem, Sheikh Adil, and Salman Saqib — who were earlier sentenced to life in prison.

Way back in 2011, researchers at Georgetown University, who had launched an investigation into the killing had concluded that wrong persons were being tried in Pakistan.

They had discovered that four men including Sheikh, who had been convicted by a lower court in 2002, were involved in the kidnapping and not the murder of the journalist.

“Those responsible for the murder have not yet faced justice,” they said.

Natural for the US to have reservations on Daniel Pearl case: FM Qureshi

She named al Qaeda operative Khalid Sheikh Mohammed captured in the Pakistani city of Rawalpindi in March 2003 in a combined operation of the US Central Intelligence Agency (CIA) and Pakistan’s Inter-Services Intelligence (ISI), as the culprit.

“We have now established enough links and credible evidence to think that Khalid Sheikh Mohammed was involved in your husband’s murder,” Rice told Mariane. Mohammed is being tried for his alleged role in the planning of the 9/11 attacks.

He had told FBI agents in Guantanamo Bay that he had personally slit Pearl’s throat and severed his head to make certain he would get the death penalty and to exploit the murder for propaganda.

Some US and Pakistani officials believe Mohammad was assisted by two of his nephews, Musaad Aruchi and Ali Abdul Aziz Ali, who is also incarcerated in Guantanamo Bay.

Even the guard, Fazal Karim, who was picked up in connection with the bombing of the Sheraton Karachi Hotel, told Pakistani police investigator Fayyaz Khan that he had witnessed the murder by three men.

He described them as Arabs or Balochis and had provided a description of Mohammed, a Pakistani Baloch raised in Kuwait.

The Pearl Project launched by Georgetown University had identified 27 men who played part in the events surrounding the case.

Pearl had built a network of contacts to interview shoe-bomber Richard Reid, the Briton who tried to blow up a US-bound passenger jet over the Atlantic by igniting explosives packed into his footwear.

The initiative believed that members of at least three different militant groups took part in the crime, including a team of kidnappers led by British-Pakistani Omar Sheikh and a team of killers led by Mohammed.

Mohammed’s involvement was further confirmed when FBI agents and CIA officials had used a vein-matching technique, to compare the hand of the killer in the murder video with a photo of a hand.

“The acquittal of those held in Pakistan was a forgone conclusion, said Asra Nomani, who authored the Pearl Project along with 30 investigators led by Barbara Feinman Todd, journalism director at Georgetown University.

“False and contradictory evidence was presented in Pakistani court raises serious doubts that the convictions of Sheikh and his three associates will stand up in currently pending appeals,” said Nomani.

Mohammad had told the FBI that he was pulled into the kidnapping by Saif al-Adel, an Egyptian leader of al Qaeda.

According to researchers in 2006, the US authorities deliberately decided not to try Mohammad and his associate for the murder of Pearl in military tribunals. They had concluded that it would complicate trial in the 9/11 attacks.

Investigators had cracked the case by reaching to kidnappers while following an electronic trail of ransom notes, delivered to the newspaper offices via e-mails.

On February 4, 2002, police traced the e-mails and photos of Pearl’s kidnapping to a cybercafe in Karachi. The owner produced records showing that a young man, an unemployed computer programmer, named Fahad Naseem, had sent the e-mails. His computer led investigators to Omar Sheikh, whose father had obtained British citizenship in 1986.

Previously, Sheikh, a graduate of the London School of Economics, had spent five years in Delhi’s Tihar jail in India.

He was released in December 1999 in exchange for the passengers aboard hijacked Indian Airlines Flight 814, which was taken to the Afghan city of Kandahar.

In October 1994, he had lured three British and one American backpackers away from their guest houses in Delhi’s busy Paharganj locality and held them as hostages at a remote house in the city’s outskirts.

Former Pakistan President Pervez Musharraf in his book, In the Line of Fire, has claimed that Sheikh was a British intelligence MI6 mole assigned to penetrate rebel groups operating in the Balkans.

“He was arrested by the Uttar Pradesh Police on October 31, 1994, at Masoorie, district Ghaziabad in a dramatic turn of events. That day, Satya Dev Yadav, station house officer, and his team suddenly saw someone running away seeing the police party in Masoorie village, where they had gone to recover a stolen property with an arrested thief,” said Mohananey, the former deputy chief of India’s Intelligence Bureau.

While chasing the person who was running away, policemen scaled the wall of the house, and found an American national, Bela Joseph Nuss, chained and held hostage.

“In the melee, two persons escaped and one was arrested after he was shot while running away. He turned out to be Sheikh,” he said.

The two who successfully escaped included, Illyas Kashmiri who later joined al Qaeda and was arrested in an attempt to assassinate Musharraf in December 2003. In June 2011, he was killed in a US drone strike in South Waziristan along with seven other associates.

In another turn, as the police party was searching the two who had escaped, the van used for kidnapping reached there and two more accomplices were arrested, one of them an Afghan national.

The driver of the vehicle, a resident of Hapur town in Uttar Pradesh, took the police party to another location in Saharanpur district, where the remaining three Britishers were kept.

An exchange of fire took place at that place in which a police inspector and a constable were killed. The hostages were safely freed.

The person who ran away after seeing the police in the village was Sheikh, who was returning from Delhi after delivering a note at the BBC office, claiming to kidnap of foreigners and demanding the release of Masood Azhar, Sajad Afghani, and Narulla Langarya, militant leaders lodged in a prison in Indian-Occupied Kashmir (IOK)

Mohananey said Indian security establishment thanked their luck and stars on these dramatic arrests, as they had no clue about the kidnappings or about this group which was staying in the vicinity of the national capital.