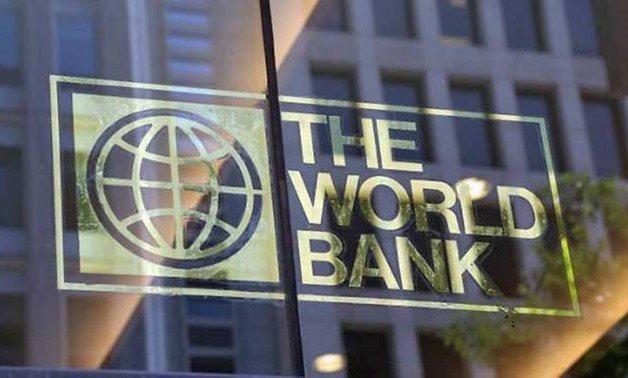 Pakistan’s economic growth may slip to nearly 1% — the situation that the country went through at the time of the last severe global financial crisis – because of the adverse effects of the novel coronavirus outbreak on the manufacturing and services sectors, the World Bank said on Friday.

The global lender also said the country’s budget deficit would further widen by 2% of its GDP. This means that the budget deficit gap between income and expenditure will be close to 10% of GDP as against the pre-coronavirus estimates of 7.6%.

The Washington-based lender on Friday approved a $200 million loan to support the country’s efforts against the viral outbreak and said it was in talks to divert up to $1 billion more out of the $6.5 billion already reserved for Islamabad.

The local office of the WB shared a fresh economic assessment in a video conference, addressed by Country Director Illango Patchamuthu and his team.

Shabih Ali Mohib, the WB programme leader on equitable growth, finance and institutions, said the current situation caused by the pandemic would continue for over next six months, meaning that the last quarter of the ongoing fiscal year (April-June) 2019-20 and the first quarter of the next fiscal year 2020-21 would be affected.

“Due to the steep decline in economic activity since March, we are revising our real GDP growth projection to 1.1% of GDP, from an earlier projection of 2.4% for this fiscal year,” he added.

The drivers for this slowdown are the services and the manufacturing sectors that contribute 80% to total economic activities.

Shabih further said the WB expected the COVID-19 pandemic to abate over the next six months and a gradual recovery thereafter over the rest of the year.

It will be lowest economic growth rate in over a decade. The last time was in the fiscal year 2008-09 when the country had recorded a growth rate of only 0.4% after the world was hit by a severe financial crisis.

The WB’s economic impact estimates are steeper than the Asian Development Bank (ADB) and the official projections. Despite the outbreak, the ADB projected the country’s economic growth at 2.6% in its latest publication also released on Friday.

Shabih noted there would be an increase of 2% of the GDP in the fiscal deficit because of a reduction in revenue collection and additional fiscal needs to reach out to people being affected by the outbreak.

WB Country Director Illango said the WB had a $9 billion portfolio in Pakistan and $6.5 billion of it remained as undisbursed balance.

This money is meant for 49 projects that are extended till 2025. The WB is in talks to divert $600 million to $1 billion from the existing envelope for emergency health purchases, mitigation of impacts on social and economic disruptions and to meet the additional needs of some ongoing projects, the country director said.

“We are confident that the money will be moved quickly and will be placed where it can be effectively utilised.”

To a question about transparency in disbursements, Amjad said the data collected for the targeted aid was almost 10 years old and proxies were used to disburse money in the past.

“The data has not been updated and is old data, increasing inclusion and exclusion error chances,” he added.

The government has decided to go beyond the Benazir Income Support Programme (BISP) and place some filters like assets and expenditures by using the National Database and Registration Authority (NADRA) database.

The survey initiated in 2016 remains incomplete. “If we had the NSER [National Socio-Economic Register] data, things would have been much better,” said Amjad. There were administrative problems in completing the exercise that has been further delayed due to the current shutdown-like situation across the country.

To a question, Illango said the WB and the International Monetary Fund (IMF) had made a request for debt relief for International Development Association (IDA) countries that would be discussed during the virtual spring meetings of the two lenders.

Pakistan has asked the WB for the criteria for eligibility for debt relief and associated actions. “These are early days and we are working through an appropriate framework for any debt relief,” he added.

The WB Board of Executive Directors has approved a $200 million package to help Pakistan take effective and timely action to respond to the Covid-19 outbreak by strengthening the country’s national healthcare systems and mitigating socioeconomic disruptions.

Illango said the $200 million loan would be utilised for the purchase of medical equipment ($158 million), emergency cash assistance and distance learning to support children staying at home.

This support will also draw an extra $38 million from eight existing projects for urgently needed medical equipment and supplies. “This money has been given to purchase face masks and ventilators and the supplies have arrived very quickly at hospitals,” said country director added.