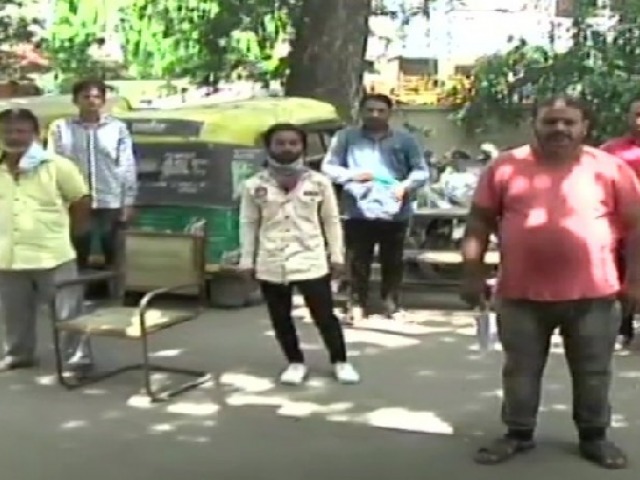 NEW DELHI: Videos of health care workers being pelted with stones as they are chased away from a locality in India went viral on Thursday, taking the country by storm and garnering global attention.

The incident occurred in Indore, a city in India’s central Madhya Pradesh state, and the area was Tatpatti Bakhal, a hotspot of coronavirus cases in the city.

Indore in India where people from a particular community attacked and threw stones at doctors & health workers who were there in a locality for medical examination in the wake of #COVID19. This is madness! Suicidal madness! Army should be deployed! pic.twitter.com/Wy0vas7ZLx

Of the five health workers, who were in the area to screen suspected COVID-19 patients, two women doctors suffered injuries.

While this particular attack drew attention, criticism, and action — seven people arrested in a matter of hours — similar incidents in other states such as Bihar, Karnataka, and Telangana largely went under the radar.

“Health workers facing violent attacks during this pandemic is the height of madness. Incidences of violence dent our confidence, and put us in doubt whether people in this country are even worthy of our efforts,” Dr Harjit Singh Bhatti, the president of the Progressive Medicos and Scientists Forum, said in a conversation with Anadolu Agency.

“I know we doctors are under oath to serve without discrimination or expectations, but cooperation and support from society is the fundamental need of all professionals. We are working extended hours, sacrificing our food, sleep, personal life, and time with families.

“If people keep abusing, harassing, and thrashing us, we cannot perform our duties with confidence. The medical fraternity requests everyone to cooperate with health care workers and appeals to the government to provide us protection,” he said.

With several such violent attacks witnessed in India over the past week, multiple organisations representing health professionals have asked the Home Ministry to protect workers leading the country’s battle against the coronavirus.

On April 1, doctors at a hospital in the southern Telangana state were attacked by relatives of a COVID-19 patient after his death.

“The assault on doctors in Telangana treating COVID-19 patients is extremely disheartening. It is extremely disheartening to know that such events continue unabated even when this country is going through this massive pandemic. Such actions would destroy the morale of frontline workers deployed in such testing situations,” read a letter written by the Resident Doctors’ Association to the ministry.

Medical professionals are not alone in the struggle, as airline staffers, who have worked tirelessly to rescue thousands of Indians stranded abroad, are also facing a myriad of problems.

Many who were part of rescue missions to severely affected countries such as China and Italy have been asked to vacate their rented houses.

“Neighbors are ganging up against airline workers who have been on rescue flights. Many have not been allowed to enter their houses and were forced to find other temporary accommodation,” Praveen Keerthi, the secretary general of the Indian Commercial Pilots’ Association, told Anadolu Agency.

“It is interesting to see that this issue is more prevalent in metropolitan cities such as Mumbai and New Delhi. Around 35 to 40 of our colleagues have faced this problem in these cities. What is concerning is that they have not been helped by the local police.”

Keerthi confirmed that an Air India stewardess, who was on a rescue flight to the US, has tested positive for COVID-19 in the capital New Delhi.

As of Friday evening, India had 2,567 coronavirus cases and 72 deaths, according to data compiled by the US-based John Hopkins University.

For a country of more than a billion people, it would be highly optimistic to bet against an increase in cases and fatalities, despite the lockdown enforced and other measures taken to stem the virus’ spread.

The importance of medical professionals and other frontline workers in the fight against COVID-19 does not seem lost on the government, as officials have been swift in making promises of protection and facilitation.

A case in point is the Home Ministry, which has vehemently condemned the violence against health workers and vowed to ensure strict action against all culprits.

“The ministry has asked state governments to take strict action in cases of attacks on frontline health care workers, and to ensure the safety of the entire medical fraternity,” Joint Secretary Punya Salila Srivastava said at a briefing.

However, as India’s battle against the virus rages on, it remains to be seen how the country deals with the menace of discrimination and distrust against its frontline soldiers.