In an interv­iew, the top leader of BJP had said Muslim­s posed danger to countr­ies
By News Desk
Published: April 3, 2020
Tweet Email 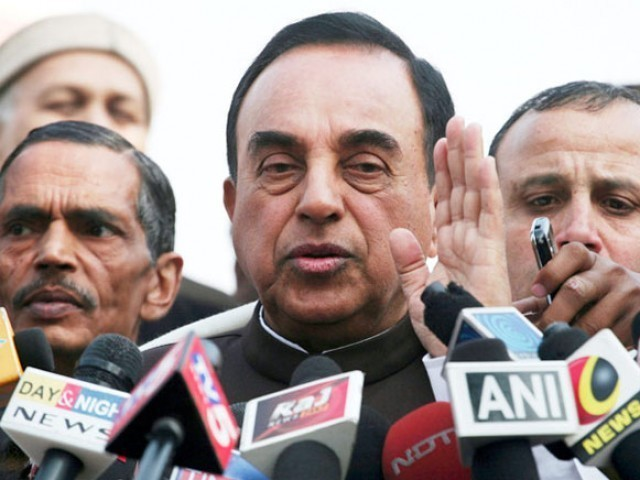 The premier took to microblogging website Twitter and compared BJP’s leadership openly spewing hate against Muslims to the Nazis speaking about the Jews.

The RSS inspired BJP leadership in the 21st century openly speaking about the 200 million Muslims just as the Nazis spoke about the Jews. pic.twitter.com/MUiyqpgGDJ

In an interview, the top leader of the ruling BJP party Swamy said any country with more than 30 per cent of Muslims, is in danger.

“We know where the Muslim population is large and there’s always trouble. Because the Islamic ideology says so. If Muslims become more than 30%, that country is in danger.”

When journalist Isobel Yeung said his comments sounded like language of hatred, the BJP leader responded, “It is easy to call this hatred. I am being kind to them by not letting them enter India.”

India on Wednesday approved “Jammu and Kashmir Reorganization Order 2020” that would give non Kashmiris the right to become permanent residents of the valley.

The move comes nearly eight months after India unilaterally revoked the special status of Occupied Jammu and Kashmir (IOJK), bringing Pakistan and India on the verge of a war.

Under the new law, those who have resided for a period of 15 years in the IOJK or studied for a period of seven years and appeared in class 10/12 examinations in educational institutions located in the region are now eligible to become permanent residents.

Pakistan, which is a party to the dispute, on Thursday reacted sharply to the move and termed it as yet another attempt by “fascist Modi government” to change the demographics of the only Muslim majority area under Indian control.