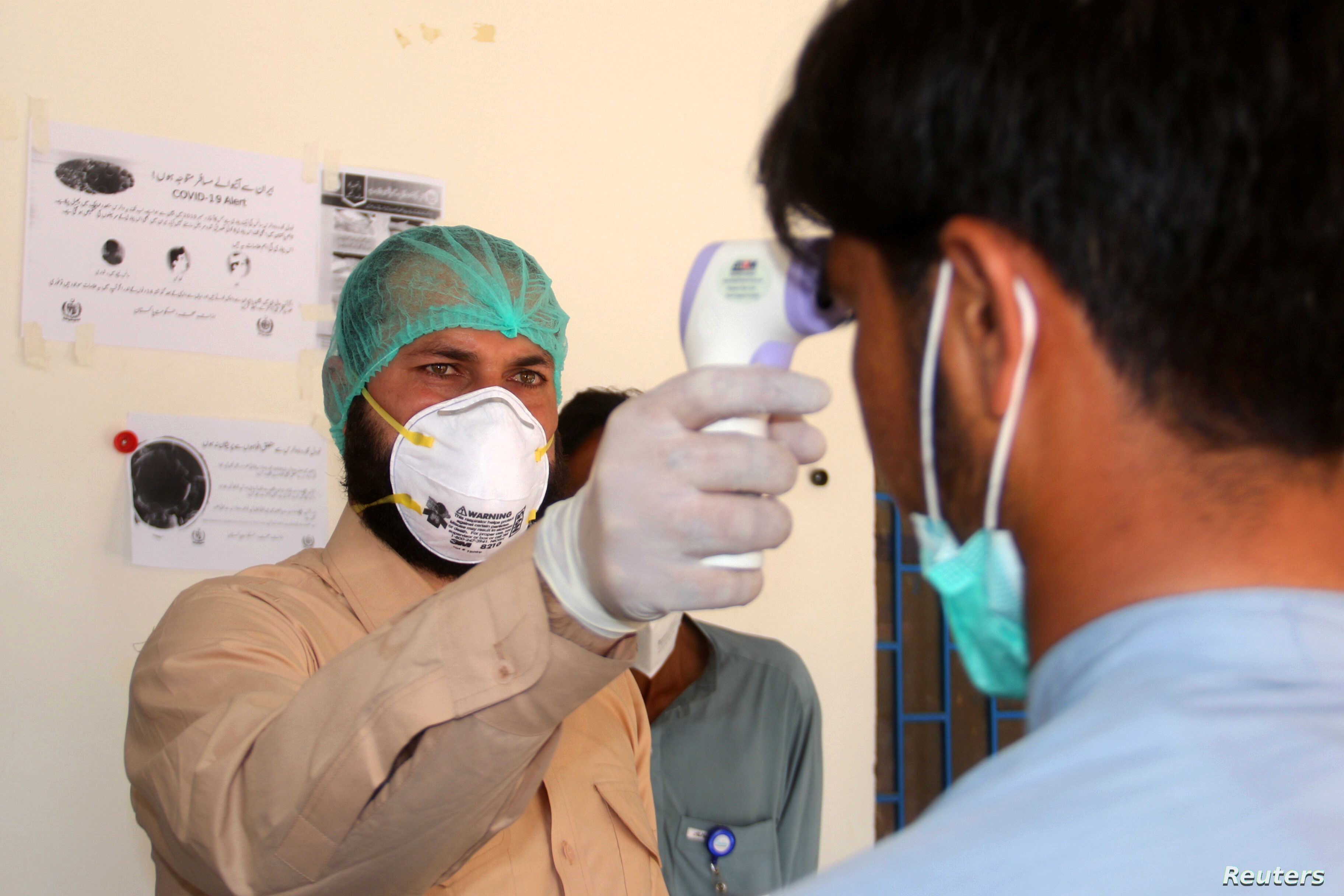 Meanwhile, the provincial tally of COVID-19 patients rose by 52, spiking to a total of 761 by Thursday evening. This included six cases in Shaheed Benazirabad – the first cases reported there – as well as 29 in Karachi, eight among pilgrims in Sukkur’s quarantine facility, and nine in Hyderabad. Meanwhile, the health department confirmed that 11 more people had recovered from coronavirus as well.

Sindh Health Minister Dr Azra Fazal Pechuho confirmed the death of an 86-year-old patient in Karachi, who had a history of hypertension and had contracted the disease locally.

She also confirmed the death of a 65-year-old patient in Hyderabad, who was a resident of Tando Muhammad Khan. The patient, a member of the Tableeghi Jamaat who had recently travelled to Raiwind, had a history of acute respiratory distress syndrome and reportedly died following a cardiac arrest related to the virus.

He was laid to rest in Tando Muhammad Khan’s Burhan Shah graveyard later in the evening, by a team of doctors and paramedics. Five more patients from the same district are under treatment at Liaquat University Hospital (LUH) in Hyderabad.

A cluster of locally transmitted coronavirus cases has recently emerged in Hyderabad, with the provincial government confirming 135 cases in the city in the last week alone. Two patients admitted at the LUH quarantine ward – one from Hyderabad and one from Tando Muhammad Khan – are reportedly in critical condition.

As many as 95 coronavirus patients are admitted in LUH and Kohsar Government Hospital, with 15 in the former and 80 in the latter. The remaining confirmed cases are either in home-based quarantine or admitted in hospitals in Karachi.

Meanwhile, all suspected patients have been shifted to Rajputana Hospital, the Trauma Centre and a quarantine facility established in Labour Colony apartments. Five other facilities, including two hospitals and three hotels which were added to the district’s quarantine facility list, have not been used so far.

A suspected patient admitted in the Trauma Centre escaped from the hospital on Thursday. However, after his test report showed him to be a carrier of the virus, the police and health authorities raided his residence and shifted him to LUH.

Separately, the shortage of personal protective equipment (PPE) for doctors and paramedics exposed to suspected coronavirus patients continues to stir protests in various cities of Sindh.

Masks are everywhere in Asia, but have they helped?

“The Sindh government has given Rs200 million to all hospitals dealing with coronavirus cases but our hospital’s medical superintendent has not provided us the required protective kits,” claimed Zameer Sangi, a paramedic who led a protest at Civil Hospital Larkana.

The protesters said although the authorities had assured them they would be provided PPE, they had failed to honour their pledge. “Without the protective gear, all us paramedics and doctors have been made vulnerable to the virus,” said Abdul Jabbar Narejo, another paramedic.

Paramedical staff also held a demonstration in Badin district, displaying black armbands. They told the local media that they had learnt the district health officer had been given a stock of PPE, and demanded that all the staff at the quarantine centres should be provided kits without discrimination.

On the same day, LUH medical superintendent Dr Mazhar Kalhoro alleged that N95 masks and other protective equipment provided to the Young Doctors Association was found on sale in the local market. “This is very regrettable and completely dishonest,” he said in a statement.