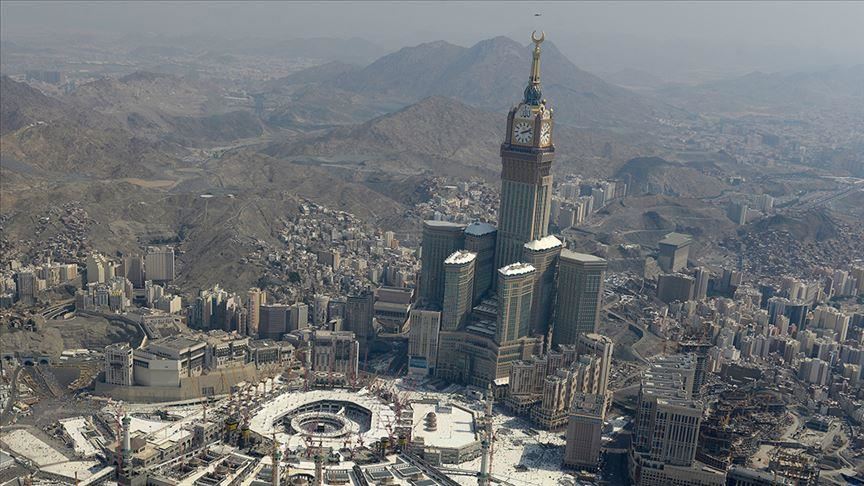 ANKARA: Saudi Arabia on Thursday declared a 24-hour lockdown in all parts of Makkah and Medina cities as part of measures to stem the spread of the coronavirus.

“The 24-hour curfew will be imposed in all parts of the cities of Makkah and Medina, with a ban on entry and exit from both cities,” the Saudi Interior Ministry said on Twitter.

The lockdown starts from Thursday “until further notice”.

All commercial activities inside the residential neighbourhoods of the two cities were also prohibited, except for pharmacies, food products stores, gas stations and banking services, the ministry said.

After first appearing in Wuhan, China last December, the virus has spread to at least 180 countries and regions, according to US-based Johns Hopkins University.

Earlier this month, the kingdom suspended Umrah over fears of the new coronavirus.

“But under the current circumstances, as we are talking about the global pandemic […] the kingdom is keen to protect the health of Muslims and citizens and so we have asked our brother Muslims in all countries to wait before doing Hajj contracts until the situation is clear.”

Saudi Arabia has advanced to 3pm its curfew in three areas, starting from Friday until further notice, state news agency SPA said, citing a senior official of the interior ministry.

The measure in the city of Dammam, and the governorates of Taif and al-Qatif, aims to rein in the virus, as the kingdom has recorded 1,885 infections and 21 deaths, the most among any of the six members of the Gulf Cooperation Council.