Inflation rate slows down to seven-month low of 10.2%

Inflation rate slows down to seven-month low of 10.2%

Food inflat­ion in urban areas that stood at 15.2% in the preced­ing month, eased to 13% in March
By Shahbaz Rana
Published: April 1, 2020
Tweet Email 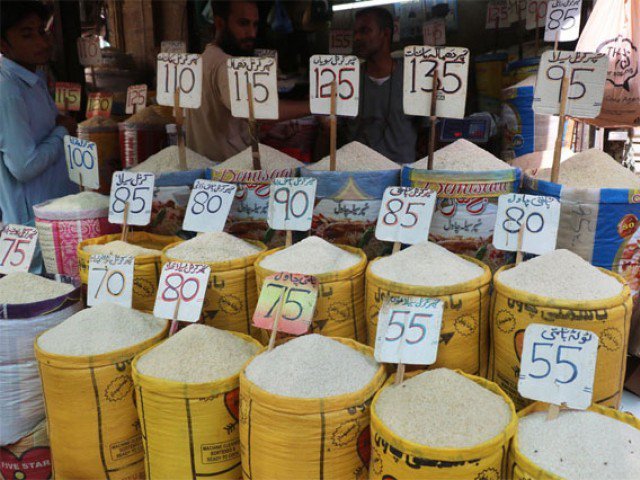 ISLAMABAD: For second month in a row, pace of increase in prices significantly slowed down and recorded at 10.2% in March due to correction in prices of food and energy items -the factors that in past had kept the reading high.

Based on a new methodology, the headline national Consumer Price Index (CPI) slowed down to 10.2% in March over a year ago, the Pakistan Bureau of Statistics (PBS) reported on Wednesday. It was the second month in a row that reading eased by more than 2%.

The last inflation figures also suggest that the markets functioned normally last month despite partial lockdown of the country to control spread of Coronavirus. But it will be a challenge for the provincial and district authorities to effectively monitor the prices and supplies to avoid any surge in coming months.

The pace of inflation, including food, slowed down both in urban and rural areas. The PBS calculates the inflation index by monitoring prices of 356 commodities in 35 cities and 244 goods in 27 rural markets.

The food inflation in urban areas that stood at 15.2% in the preceding month, eased to 13% in March. Similarly, in rural areas, the food inflation pace slowed down from 19.7% in February, to 15.5% last month.

In March, prices of the majority of perishable food items reduced as compared to February, which pulled the index down. There was also no increase in electricity prices on account of monthly fuel price adjustment in March, which also positively impacted the index. Instead, on year-on-year basis, the PBS has reported 13.92% reduction in electricity charges in March.

The headline inflation rate of 10.2% is still lower than the twice reduced key policy rate of 11%, set by the central bank in an emergency meeting. The real interest rates, calculated from core inflation rate, are still positive by 3.6%.

The Dr Reza Baqir-led central bank has been targeting the headline inflation instead of core inflation for setting the policy rate. The critics of the central bank’s new monetary policy approach argue that the inflation in Pakistan was cost-push.

After outbreak of COVID-19, the federal government was in process of calculating the economic damages. It has not yet firmed up the estimates but an independent assessment by a former finance minister and former central bank governor has projected 4.6% to 9.5% fall in GDP growth rate in the fourth quarter (April-June) 2020.

The duo also see slowdown in inflation rate in less severe shock scenario but surge to over 16% in case the implications of the COVID-19 are severe.

The prices of food and non-alcoholic beverages group, which have 34.6% weight in the CPI basket, surged 14.7% in March over a year ago, according to the PBS. The perishable food items prices increased 15.3% last month but the pace was lower than the previous trends.

The alcoholic beverages and tobacco group inflation eased to 18.6% last month from a month earlier level of 32.2%.

Prices of tomatoes decreased this time by 71% after supplies improved in Sindh and Punjab. However, rates of potatoes and onions increased 107.% and 92% respectively.

The average inflation in nine months (July-March) stood at 11.53%, which in the same period of the last year was 6.3%.