The Premie­r League club expres­sed their disapp­ointme­nt with the forwar­d and said the 24-year-old will be fined
By AFP
Published: March 31, 2020
Tweet Email 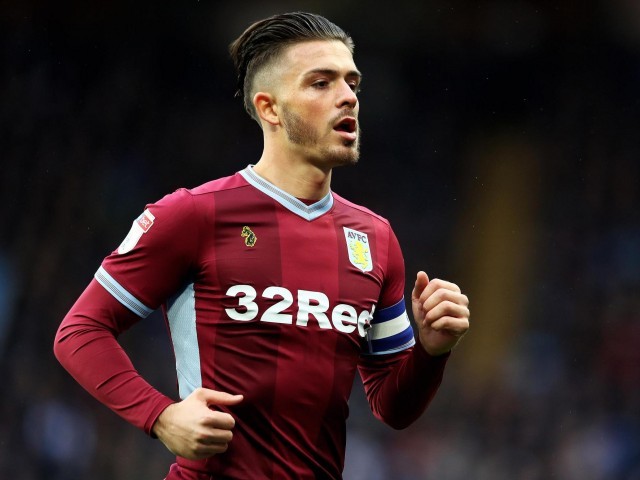 The Premier League club expressed their disappointment with the forward and said the 24-year-old will be fined. PHOTO: AFP

Aston Villa captain Jack Grealish posted a public apology on Monday for breaking UK government guidelines on social distancing as police opened an investigation into an incident in which a Range Rover crashed into parked cars.

Villa expressed their disappointment with Grealish and said the 24-year-old will be fined with the proceeds going to a children’s hospital in Birmingham.

West Midlands Police said they were called on Sunday to an address in Solihull, near Birmingham, where the two parked cars suffered minor damage.

The force said the driver had left his details with a member of the public before leaving on foot.

“I just want to do a quick video message to say how deeply embarrassed I am about what has happened this weekend,” Grealish said in a video posted on Twitter.

“I obviously just got a call off a friend asking to go round to his and stupidly agreed to do so. I don’t want anyone to make the same mistake that I did, so I urge everyone to stay home and follow the rules and guidelines of what we are being asked to do.”

The British government has introduced restrictions on citizens leaving their homes only to shop for food and medicine, essential travel for work and one form of exercise a day to help halt the spread of coronavirus.

“Aston Villa is deeply disappointed that one of our players ignored the government’s guidance on staying at home during the Coronavirus crisis,” Villa said in a statement.

“Club captain Jack Grealish has accepted that his decision to leave his house was wrong and entirely unnecessary. It breached the government guidelines which are clear and should be adhered to by everybody.

“The player will be disciplined and fined with the proceeds donated to The University Hospitals Charity in Birmingham.”

Less than 24 hours before the incident, Grealish was part of a video appeal for people to stay at home during the lockdown.

“I hope everyone can accept my apology and we can move on from this,” added Grealish. “Hopefully in the near future we can all be out enjoying ourselves again.”

In a statement about the incident, West Midlands Police added: “Officers are investigating the circumstances and anyone with information has been asked to get in touch.”

Grealish has been Villa’s star performer on their return to the Premier League this season and was expected to earn a first call-up by England for friendlies against Denmark and Italy this month prior to football’s shutdown due to COVID-19.

Scenarios for a potential return of the Premier League