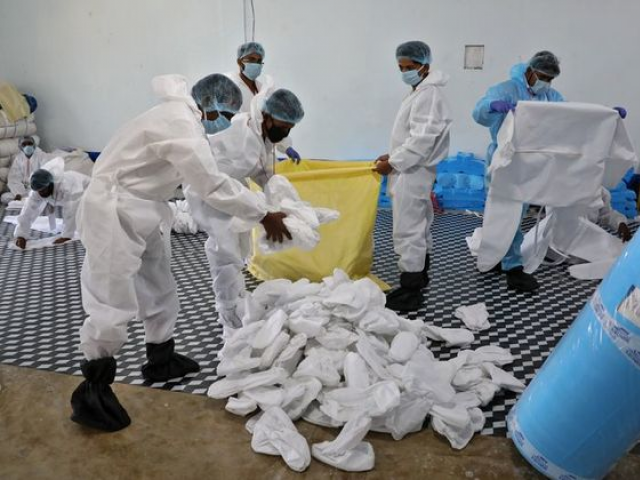 NEW DELHI: India will buy ventilators and masks from China to help it deal with the coronavirus, a government official said on Tuesday, even though some countries in Europe had complained about the quality of the equipment.

India has recorded 1,251 cases of the coronavirus, with 32 deaths, but health experts say the country of 1.3 billion people could see a major surge in cases that could overwhelm its weak public health system.

Prime Minister Narendra Modi’s government said it was trying to procure medical gear, including masks and body coveralls, both from domestic firms and from countries like South Korea and China, to meet shortages.

“China, definitely we are going to buy … Because scaling up our domestic production will take time,” said a top Indian policy official aware of the plan, who declined to be identified due to sensitivity of the discussions.

The Netherlands has recalled thousands of masks imported from China because of quality issues, while Spain has complained about defective imported test kits supplied by a Chinese manufacturer, media have reported.

China’s foreign ministry said several countries had raised doubts about the quality of products imported from China, and acknowledged that there might be some problems.

“A large number of Chinese manufacturers are working around the clock to help other countries save lives. Our sincerity and assistance is real. If problems occur in this process, the Chinese side will talk to relevant departments,” China’s foreign ministry spokeswoman Hua Chunying told a news conference on Monday.

China was emerging as a favorite possible supplier at this stage as new virus infections were slowing there and its factories were being pushed to reopen, the second source said.

India needs at least 38 million masks and 6.2 million pieces of personal protective equipment as it confronts the spread of coronavirus, according to a report by its investment agency seen by Reuters.

But Swadeshi Jagran Manch (SJM) an influential Hindu nationalist group close to Modi’s party, said India should look at domestic alternatives because of widespread concern over the quality of China’s equipment.

“I don’t think we need Chinese support of any kind for our healthcare … Even if Indian firms produce at a higher cost, it doesn’t matter,” Ashwani Mahajan, a national co-convenor of the SJM, told Reuters.