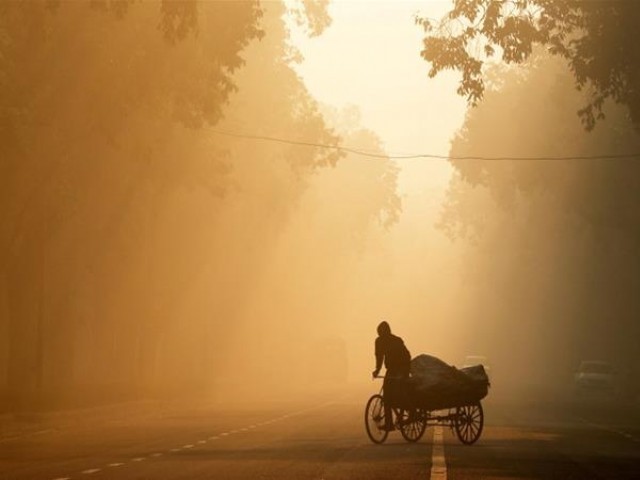 ISLAMABAD: Pakistan’s Air Quality Index (AQI) levels have improved significantly following the closure of factories and transport during the lockdown imposed to limit the spread of the novel coronavirus. 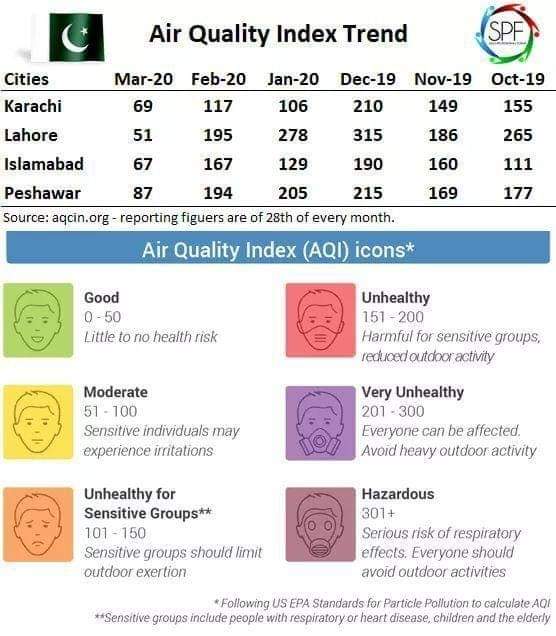 According to the World Health Organisation (WHO), nine out of ten people now breathe polluted air, which annually kills seven million people. The deaths, in turn, cost the global economy billions of dollars in lost labour.

While many countries of the world have significantly improved the quality of their air, for other nations, including Pakistan, there is still a long way to go as it does not actively monitor air quality.

Data compiled by the Global Alliance on Health and Pollution (GAHP) shows that in Pakistan, an estimated 128,000 people die each year from diseases related to air pollution.

What is air quality and why is it so important?

Air Quality is the degree to which air is suitable or clean enough for humans, animals and plants. It is impacted by the amount of particulate matter (PM2.5) it carries, which refers to tiny particles of copper, magnesium, lithium, nickel-cobalt, arsenic, selenium, and zinc, as well as complex gaseous aerosols. Being tiny, PM2.5 particles easily enter into the bloodstream and cause respiratory and cardiovascular diseases. Per CERB, in December 2018, Lahore, Islamabad and Karachi had AQI levels of 336 (Hazardous), 159 (Unhealthy) and 141 (Unhealthy), proving to be an extremely unhealthy end for the year.