Imran says donors will not be asked about source of income­
By Rizwan Shehzad
Published: March 31, 2020
Tweet Email 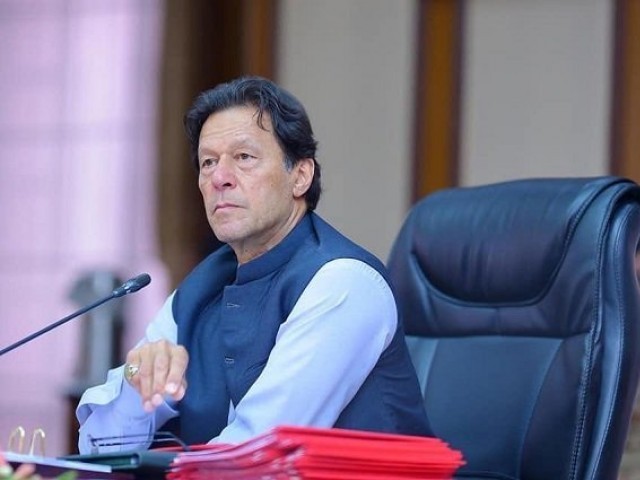 ISLAMABAD: Prime Minister Imran Khan on Monday announced the creation of a relief fund where people could donate money without declaring their source of income, and the formation of ‘Tiger Force’ to provide food to the downtrodden people if a total lockdown was imposed in the country.

In a televised address to the nation, the prime minister assured the nation that with “faith, youth and wisdom” Pakistan could defeat coronavirus. He warned that those, who did not adopt social distancing could jeopardise the lives of others.

“Today I am announcing the Coronavirus Relief Fund,” Imran said in his address. “No questions will be asked from anyone who deposits money in the account that will be opened from April 1 at the National Bank of Pakistan,” he added.

However, Prime Minister Imran emphasised that relaxation would be given in tax if the people declare the money and the amount of donations. “Charity will be exempted from all kinds of taxes,” the PM said.

The prime minister also said that a Facebook page of the Ehsaas Programme would link the charity givers with the receivers in order to ensure proper distribution of the charity, ration and other things. He requested people to start registering on the Facebook page.

He linked the central bank’s monetary support to the organisations that would commit that there will be no impact of coronavirus crisis on the workers. He said that the State Bank of Pakistan (SBP) would give loans to the businesses, which did not go for layoffs amid the virus crisis.

Imran addressed the nation after chairing a meeting of the Economic Coordination Committee (ECC), where government’s strategy for tackling the spread of novel coronavirus was discussed. He also announced the formation of the ‘Tiger Force” to help the people.

“Pakistan has two main strengths in this fight – faith and youth,” he said. “This war cannot be won with resources alone,” Imran added. In fighting the war against the virus, he emphasised, it is important to look at the situation in the country.

He referred to the situation in India, where Prime Minister Narendra Modi had to apologise to the nation after imposing a 21-day lockdown without giving proper thinking to the possible effects of the decision on the masses, especially the poor.

“The problem India is facing now is that the virus will spread if the government ends the lockdown and people will die because of hunger if the lockdown continues,” he said. “The lockdown will not be successful if we can’t provide food to people at their doorsteps.”

Explaining the drawbacks of a lockdown, he said the only country which defeated the virus was China. “If Pakistan’s situation was that of China, I would have imposed a lockdown … but in Pakistan the situation is different where poor cannot even afford two square meals a day,” he said.

He reiterated that the war against coronavirus could be won with the joint efforts of the entire nation. “We have to fight this war with wisdom and we have to evaluate ground realities of our society also. If we cannot provide food to the people there is no benefit of imposing a lockdown.”

Imran said that the country did not have enough resources like the United States “but what we have is faith”, adding that the people of Pakistan generously gave charity. “Our second strength is our youth,” he said. “We have to use both these strengths wisely.”

In the coming five to seven days, Imran said, the government would be able to tell where the situation was heading to. He added that COVID-19 was only dangerous for elderly and the sick people. He urged the nation not to look at affected people as if they were culprits.

While making the people realise that coronavirus doesn’t discriminate, he cited the example of Britain where Prime Minister Boris Johnson has tested positive for COVID-19. He said that people should keep in mind that they can jeopardise the lives of others if they did not practice social distancing.

The prime minister warned that strict action would be taken against hoarders, saying that the government would make an example out of profiteers. He said when an artificial shortage was created people go for panic buying.