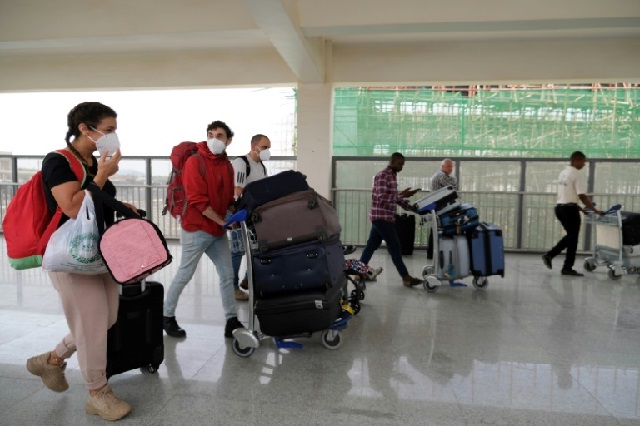 Foreign nationals flying out of Nigeria's Abuja airport Sunday. PHOTO: AFP
ABUJA, NIGERIA: Nigeria's President Muhammadu Buhari on Sunday ordered the "cessation of all movements" for two weeks in the largest city Lagos and the capital Abuja to stop the spread of coronavirus.

"All citizens in these areas are to stay in their homes" starting from 2200 GMT on Monday, Buhari announced in a televised address to the nation.

"Travel to or from other states should be postponed. All businesses and offices within these locations should be fully closed during this period."

"Although these establishments are exempted, access will be restricted and monitored," he added.

Nigeria, Africa's most populous nation with some 190 million people, has so far registered just 97 confirmed infections and one death from COVID-19, but testing has been limited. 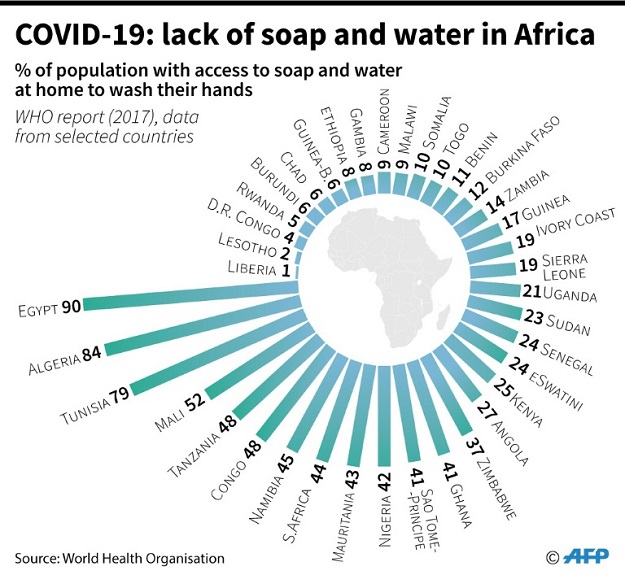 Officials have warned that the country risks seeing an "exponential" rise in cases unless contacts of suspected carriers are tracked down faster.

Enforcing a total lockdown will be a mammoth challenge for the authorities in a country where tens of millions live in dire poverty and rely on their daily earnings to survive.

"We are fully aware that such measures will cause much hardship and inconvenience to many citizens. But this is a matter of life and death," Buhari said.


He said the authorities would "deploy relief materials" to assist people in towns around Lagos and Abuja whose livelihoods were hit.

Two-months worth of welfare payments "for the most vulnerable in our society" would be transferred immediately, the leader said.

The Lagos state governor on Friday announced a programme to supply two weeks of basic foodstuffs to an initial 200,000 households in the city.

State revenues -- which are reliant on oil -- have plunged and officials have said they will have to cut the budget for this year.