Called 'Corona Bangs,' Malala is the latest to try the trend which has taken over Instag­ram and TikTok­
By Entertainment Desk
Published: March 30, 2020
Tweet Email 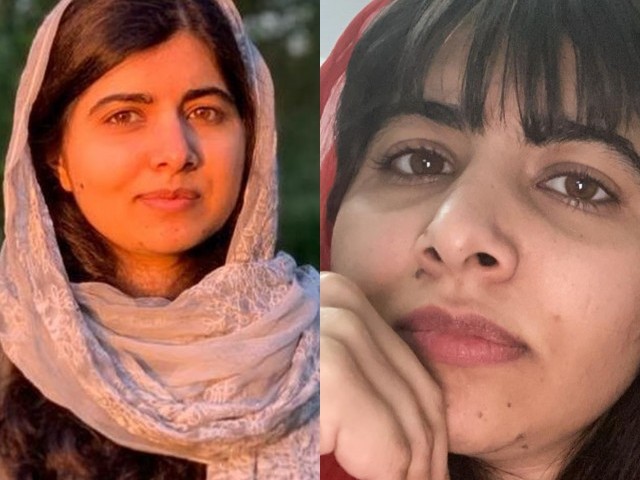 Nobel Peace Prize winner Malala Yousafzai experimented with her hairstyle while in self-quarantine and shared a picture of her new look on Instagram.

Shocking her fans, Malala cut her own fringe as she posed for a selfie, with many commenting their admiration for the do-it-yourself look.

Malala detailed her conversation with hair and skincare expert Jonathen Van Ness on her caption via the social media platform. She said she was advised against trying new looks in self-quarantine. But, Malala did as she pleased.

Jonathan Van Ness: “Don’t try new lewks during quarantine.” Me: Cuts my own fringe. @jvn – how did I do?

“Jonathan Van Ness: ‘Don’t try new looks during quarantine.’ Me: Cuts my own fringe. Jonathan, how did I do?” Malala wrote in the caption of her post.

And guess what? Jonathan loved the new look, as well as a brigade of her followers. “You slayed it honey,” the hair expert said in praise of Malala.

Malala’s post has garnered thousands of likes while her fans and followers said that she did a great job with her hair. Last week, the young humanitarian shared a post on Instagram, saying she “missed being outside and with friends.”

I miss being outside and with my friends. I know a lot of students are missing school today — but you can still be productive and have fun at home! Go to my stories to see what I’ve been up to and tell me how you’re spending your time away from school.

“I know a lot of students are missing school today — but you can still be productive and have fun at home,” Malala wrote with a picture of herself in the sun pre-fringe.

Malala is the latest celebrity to get onboard the experiment-with-your-hair train while in self-isolation. The trend has recently become a hit over TikTok and Instagram, with many influencers and users sharing their hilarious experiences via video or photo.

‘Corona Bangs’ or ‘Pandemic Bangs’ or ‘Isolation Bangs’, as they’ve since been labelled, are now sweeping social media platforms, with mixed results. Many have been cutting fringes out of boredom, leaving people entertained for hours.

Over the weekend, Bollywood celebrity couple Anushka Sharma and Virat Kohli did their own hair cutting experiment. The Sultan star took it upon herself to style husband Virat’s hair while indoors and shared the experience on Twitter.

Anushka captioned the video as, “Meanwhile, in quarantine.” In the video, Virat says, “This is what quarantine does to you, you allow things like these to happen, getting a haircut with the kitchen scissors.” The video ends with him saying, “Beautiful haircut, by my wife.”

Trump says Prince Harry, Meghan Markle ‘must pay’ if they want to live in the US