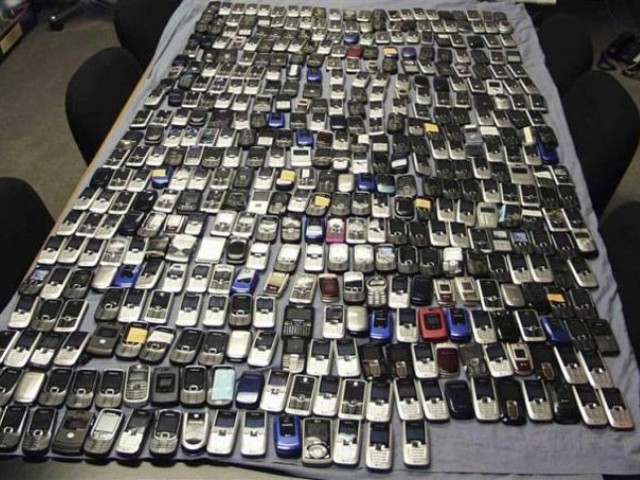 KARACHI: Last month, Pakistan began local manufacturing of mobile phones, which is expected to open further avenues of investment in the country and create employment opportunities.

Chinese company Transsion Holdings and Pakistan’s Tecno Group have formed a joint venture called Transsion Tecno Electronics Ltd (TTE) with the Chinese company having 40% shareholding while the remaining 60% stake is held by the Pakistani firm.

The joint-venture company – the first 3G/4G smartphone manufacturing facility in Pakistan – has initial capacity to produce 1.8 million units annually on a single-shift basis with over 800 skilled workers below 30 years of age.

He added that the industry would not be able to sustain much longer if the import of smartphones remained cheaper than local manufacturing.

The mobile phone sector ranks among the five biggest industries in the world with sales revenue of $522 billion and over 6 billion devices sold annually.

China has been enjoying the label of being the global hub of handset manufacturing since 2010. The country exports mobile phones worth over $150 billion a year.

However, the handset production is now moving out of China due to rising labour cost and a prolonged trade war with the US.

“On average, Chinese labour costs $600 per month while Pakistan’s labour is much cheaper at only $120 per month,” said the TTE CEO.

However, Pakistan still remains far behind in the race of providing cheap labour force as many other Asian nations are increasingly luring mobile phone assembly companies by offering low-cost workers.

Most of the demand for mobile phones stems from Asia and Africa while markets in Europe and North America are on a saturation point, hence, their trend remains more or less flat each year. This provides a further incentive to the mobile phone manufacturers to relocate their units to Asian nations.

According to Statista, 1.5 billion units of smartphones were sold in 2019 worldwide. The number had been 122 million in 2007.

Pakistan has 164 million cellular subscribers out of a population of 207 million. The country ranks seventh among world’s largest handset importers.

“Due to its mammoth size, no global brand can ignore Pakistan’s market,” said TTE Director Aamir Allawala. “The country’s annual market size, including 2G, 3G and 4G, is estimated at 34 million units.”

That meant the country’s demand for mobile phones remained in millions every year as a cellphone, especially smartphone, was changed by many consumers after two to three years, he said.

“According to analysis, an increase of 110% has been seen in legal import of devices from the formal channel,” confirmed a PTA spokesperson to The Express Tribune.

Over more than a year ago, the government started blocking the mobile sets (smuggled phones) that were not approved by PTA with the help of Device Identification, Registration and Blocking System (DIRBS).

The system blocked 89,000 IMEIs which were reported as stolen in 2019. Following implementation of such steps, the confidence of foreign investors has increased in Pakistan.

“According to the Federal Board of Revenue (FBR), the revenue collected on mobile devices and additional revenue from customs duty have soared,” said the PTA spokesperson.

Following the implementation of DIRBS, there has been a significant increase in the number of companies planning to set up assembly plants in Pakistan, which will create jobs in the country.

“Nokia had 15-20 customer care units in Pakistan. Now, it has over 300 local collection units,” said HMD Global Country Head for Pakistan and Afghanistan Arif Shafique in a separate interview.

“We have set up collection units mostly in rural areas or small cities where customers earlier faced immense trouble while claiming warranties,” he said.

“It is not just trading companies whose interest in Pakistan is increasing, in fact investors have also shown interest in investing in local assembly lines,” he said.

“So far, PTA has provided formal permission to 24 companies for the assembly of handsets in Pakistan,” said the PTA spokesperson. “There has been an increase in the number of companies wanting to establish facilities to assemble mobile devices in Pakistan.”

ICT expert Parvez Iftikhar termed DIRBS a good system as it helped in curbing the smuggling of mobile phones into Pakistan. “Now mobiles will have proper IMEI numbers, which will help in tracing lost phones, thus maintaining security in the country,” he said.

Iftikhar was of the view that the system would also help curb cellphone theft because thieves would be unable to reset the phone.

“The second benefit of the system is that low-quality phones will not enter the country in the name of some brand and only high-quality smartphones will be imported,” he said.

Iftikhar pointed out that the share of smartphones was below 30% in the total phone sales in the country, adding that Myanmar, a Southeast Asian country with a population of 53 million, had 80% smartphone share.

He pointed out that smartphones helped promote sharing in the economy such as ride-hailing services and delivery services, which benefited everyone, he said. “We need smartphones for everything. Low smartphone penetration is a loss to the nation,” he remarked.

In Pakistan, smartphone is the most popular tool to access internet, therefore, high taxes are imposed on such handsets, which is a big concern.

“Government’s decision of imposing high taxes on smartphone import has created a barrier to new internet users,” said Iftikhar. “We should encourage access to internet rather than creating hurdles.”

Since DIRBS has eliminated handset smuggling, legitimate businesses are thriving, however, almost all phones of foreign brands are imported as completely built units (CBUs).

“If we compare Pakistan with four Asian countries – India, Indonesia, Bangladesh and Vietnam, all of them are chasing ‘Make at Home policy’, which Pakistan has not opted for,” said Asif Allawala. “This is why every country is giving tax benefits to the mobile manufacturers except for Pakistan.”

India had set a target to begin mobile phone exports by 2023 and Bangladesh was in the planning stage, he stressed. On the other hand, Vietnam – a country of 95.54 million people – exports mobile phones worth $60 billion a year.

Apart from Pakistan and Bangladesh, Samsung has invested in all the above Asian countries including a $3-billion investment in Vietnam. Other telecom giants like Apple and Oppo have also invested in India.

The TTE CEO regretted that apart from Pakistan, all of these countries were working on producing mobile phones and were creating jobs through such ventures.

“People in Pakistan have an impression that making mobile phone parts is not feasible and considers it a fallacy,” said Aamir Allawala. “There are more than a dozen mobile accessories which cost billions of rupees, leaving aside the main hardware.”

“For example, if we only consider handset packaging, this is a business worth billions of rupees,” he said. “Besides this, many other accessories like chargers, hand-free, charging cables and company brochures can be easily produced in the country and save a large amount of foreign exchange.”

He admitted that creating a mobile motherboard was difficult along with other parts like mouthpiece, antenna, speakers and their chips.

However, parts like front and back covers, battery and its cover, screws, lenses, labels and rubbers can be produced easily in Pakistan.

“The current situation is not in favour of ‘Make in Pakistan’ slogan,” remarked Amir Allawala. “Even though it can create employment, the business environment is not conducive enough to attract local and foreign investment in manufacturing.”

Currently, the government charges Rs370 on an imported CBU, which is priced $30 or below.

On the other hand, Rs475 was being charged on the completely knocked down (CKD) units priced below $30, which were meant to be assembled in Pakistan and could benefit the country, thus, the government should reduce the duty to Rs200, demanded Allawala.

He was of the view that such incentives would give a boost to local production, which had the potential of generating up to 100,000 jobs. “The sector has the potential to attract investment of about $200 million every year,” he stressed.

Setting up local production units would result in import substitution of around $500 million annually in hardware, he said.

In addition to this, avenues of software development will emerge as many of the hardware components, which would be manufactured locally, would need local software to suit local demand.

“This will present a huge opportunity to the youth to develop software and earn fortunes,” he said. “The country produces more than 150,000 computer graduates annually.”

COVID-19 – a reminder to better ourselves