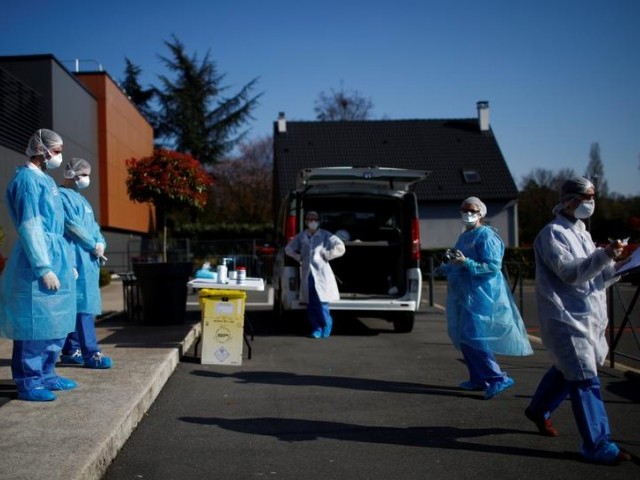 HYDERABAD: Local authorities on Saturday sealed a mosque in Hyderabad and locked approximately 100 people inside after a 19 year old Chinese Muslim man, who had visited there earlier with his ’Tableeghi Jamaat’ was detected positive with coronavirus.

Confirming the aforementioned development, Kohsar government hospital’s focal person Dr Suresh said these people will not be allowed to leave until their tests are conducted, adding that eight people who remained in close contact with the Chinese Muslim have been placed in isolation at another mosque. It is pertinent to mention that this man has been attending the Raiwind ijtima since 2016.

“The samples of all these people have been collected for the coronavirus test and they will remain inside until their reports come negative,” he said. “The 19 year old was later shifted to Liaquat University Hospital (LUH) for further treatment.”

While speaking to The Express Tribune, LUH medical superintendent Dr Mazhar Kalhoro relayed that two positive cases of coronavirus including a woman along with eight other suspected cases are admitted in the quarantine ward of LUH. “The samples of the suspected patients were taken on Friday evening and Saturday but the results are still awaited.”

On the other hand, Hyderabad police have lodged six First Information Reports (FIRs) under section 269 and 188 of the Pakistan Penal Code in four police stations against the violators of the congregational prayer ban in mosques. However, majority of the people nominated in the FIRs were released after police granted them bail.