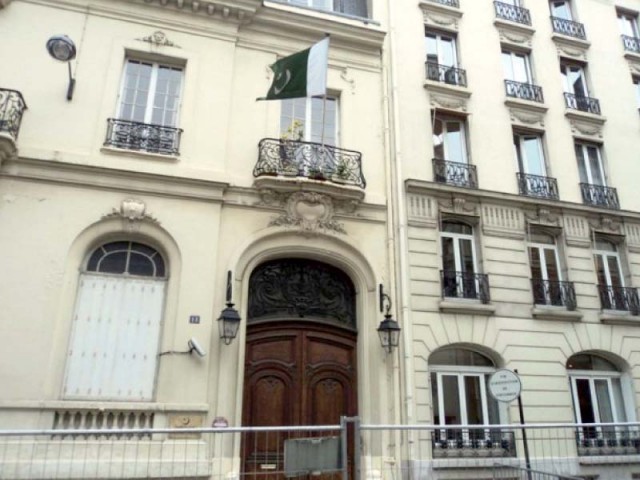 The Ministry of Overseas Pakistanis and Human Resource Development made the first attempt last year when it conducted a written test for the selection of CWAs. PHOTO: FILE

ISLAMABAD: The task force on overseas employment and welfare of overseas Pakistanis has proposed that the government should allocate 20% quota for the Community Welfare Attaches (CWAs) in foreign missions to experts working in the private sector on a contractual basis, a move that may open a Pandora’s box.

Earlier, the prime minister had approved the allocation of 20% quota for overseas Pakistanis for posts of trade officers in the foreign missions. Now, the task force on overseas employment has come up with a proposal that 20% of CWAs should be picked from the open market on a contractual basis.

The task force, headed by the adviser to prime minister on overseas Pakistanis, also sent other proposals to the government for approval.

The efforts of Pakistan Tehreek-e-Insaf (PTI) government to appoint CWAs in foreign missions have been marred by controversies. It has been more than a year since the process was started but the Ministry of Overseas Pakistanis has not been able to appoint the welfare attaches.

The ministry made the first attempt last year when it conducted a written test for the selection of CWAs through the Institute of Business Administration (IBA) on March 10, 2019. Results of the test were announced on March 19.

A majority of the candidates could not clear the written test and only 11 were selected for interviews.

With the existing policy intact where maximum weightage of 80% is given to the written test result while interview has a weightage of only 20%, the ministry rejected seven candidates out of the 11, who later approached the Islamabad High Court (IHC).

Following failure of the first phase of selection process, the ministry embarked on the second phase and an advertisement was published on October 27, 2019. Another test was held on November 24, 2019 and results were announced within a week.

This time, over 50 candidates passed the test and were called for interviews. A revised policy, where more weightage was given to interview (40%), was approved by the prime minister on December 10-12, 2019, well after the written test and the declaration of result.

The IHC has set aside this policy as it is not applicable to the test held in March 2019 and to the exam organised in November of the same year as the approval came in December.

Sources told The Express Tribune that in light of the IHC orders, the Ministry of Overseas Pakistanis had started negotiations with the petitioners and allocated foreign missions for posting as CWAs.

Questions were also being raised over the selection of 12 candidates in the second phase as one candidate was said to be a close relative of a bureaucrat.

When asked for comment, Ministry of Overseas Pakistanis’ spokesperson said, “Test was conducted with only 11 candidates passing out of the 410 who appeared. This number was far lesser than the vacancies and it was proposed that a fresh process be initiated for the remaining positions instead of a compromise on quality by choosing from the existing pool.

“A special selection board was constituted with Adviser to Prime Minister on Overseas Pakistanis and Human Resource Development Zulfikar Bukhari as its chair for this particular assignment only by the federal cabinet.”

The spokesperson said, “The current screening process is an example of purely merit-based informed decision-making by a panel whereby it is necessary to ensure a candidate’s suitability to the requirement of role in addition to their interest.”

The spokesperson added, “The interviewing process was challenged in court by some candidates after they failed to clear the panel interviews. Apart from those candidates, others are being screened in accordance with the latest selection policy that has been decided by the federal cabinet.”

When contacted for comment, Bukhari denied allocation of 20% CWA quota for professionals in the open market. He also denied that the ministry failed to appoint the welfare attaches.

Hedge funds are pouncing on firms infected by virus