Why social-distancing cannot work in Pakistan

Why social-distancing cannot work in Pakistan

A strict lockdo­wn, curfew might be the option for many countr­ies, in densel­y-popula­ted areas, it’s not an easy...
By Shaheera Anwar
Published: March 29, 2020
Tweet Email 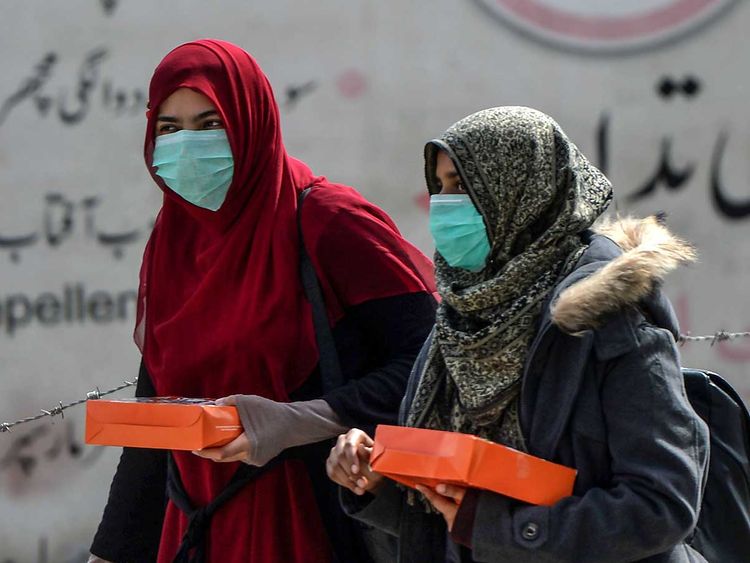 With the novel coronavirus spreading all across the world, hitting one country after another, many governments have now imposed strict restrictions on its people to protect them.

Italy, which became the epicentre of the disease after China, reporting hundreds of deaths in a single day, later announced a lockdown to stop the spread of the virus. Likewise, many others also followed suit and now Pakistan is also partially in lockdown.

While Sindh now has a strict curfew, which aims at limiting interaction between people and promoting social-distancing, there are still many Covid-19 cases that are being reported in the province and across the country. Doctors and other health experts, along with many government officials, are now stressing on the importance of citizens maintaining a safe distance from each other so as to protect oneself and others who might be at a higher risk of contracting the disease. Ever since the lockdown, fewer cases have been reported in Sindh, but can it work in the long run?

When it comes to countries like Pakistan — the category of which includes India, Bangladesh and many in Africa — one needs to realise that social-distancing is not the ideal solution. Why so? The South Asian and African regions are densely populated. This means that while the population is quite high, people also live in very close proximity to each other.

These include people living in joint families, which can mean about 20 people under the same roof, and those living in slums. This leads to the sharing of common living spaces, or in the case of slums, common washing or cooking areas.

In joint families, maintaining one’s distance from the other can be seen as a sign of disrespect and dishonour, which is why many succumb to ignoring all calls of trying to flatten the curve. Refusing to have meals together, sharing clothing items, cutlery, etc, can be taken as sign of disregard leading to problems within the family.

It is often also very hard to make the elders of the family understand the need for social-distancing, especially during such a pandemic, when it’s considered to be one of the leading precautionary measure.

Moreover, with schools, universities and offices closing down, and sometimes not a strict curfew in place, families like to make use of the “free time” to visit relatives and friends or make a trip to the beach, leading to a potential spread of disease instead of containing it.

When it comes to slums or low-income communities, the different houses are located very close to each other, with many even sharing main entrances or staircases. Even if there is a nuclear family living in each sub-portion, the number of family members is too high for the area they have, leading to them being in very close contact, not only with the other people of the locality, but also of the same family.

Low-income families often include a member being a daily earner, which means that he or she will be stepping out of the house for work, so that the rest of them don’t go to bed hungry. This eventually leads him or her having to interact with others and being a potential carrier of the coronavirus in the event he or she gets infected. So how does one impose social-distancing?

While a strict lockdown and curfew might be the option for many countries, in densely-populated areas, it’s not an easy answer. Police officials cannot stop the people in slums from living in the slums, just like they cannot ask people living in joint families to leave their families and change their living arrangements. Constant awareness about its importance should be disseminated, but while doing so, it should be realised that there is a very high chance, it will not bring about a major difference.

Watch The Express Tribune’s video explainer on ‘Why is social-distancing important?’, here:

Supply of flour, rice and sugar resumes in markets