Here is a look at what some compan­ies announ­ced
By Reuters
Published: March 28, 2020
Tweet Email 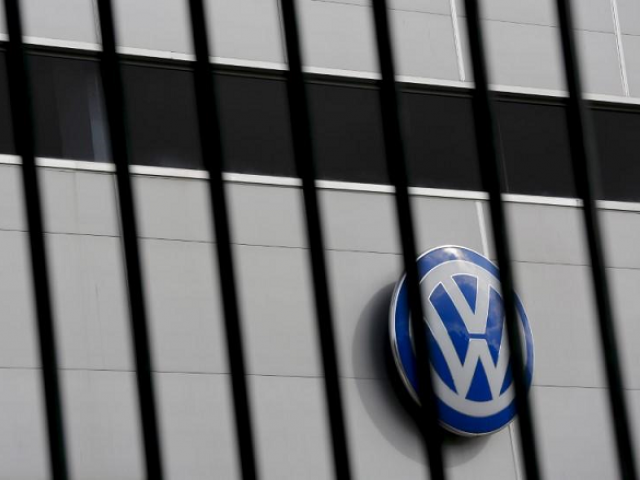 A logo of VW is pictured at a Volkswagen dealership in Camas, near Seville, southern Spain November 5, 2015. PHOTO: REUTERS

Auto companies and suppliers around the world are ramping up production of critical healthcare products and machines – everything from cloth face masks to sophisticated ventilator systems – to meet a critical shortage of those items at hospitals and care facilities in North America, Europe and Asia.

Here is a look at what some companies have announced.

General Motors Co said it will partner with Washington-based Ventec Life Systems to make ventilators at GM’s Kokomo, Indiana, electrical components plant as soon as April, at the rate of 10,000 a month, up to 200,000 units. GM also will make surgical masks at its Warren, Michigan, facility, starting in early April and ramping up to 50,000 masks a day, with the ability to double that.

Ford Motor Co said it would partner with GE Healthcare to expand production of GE’s ventilators, while developing a simplified design that Ford could build at one of its plants. Ford also said it will work with 3M Co to increase production of 3M’s respirators, while also developing a simpler model to be built in a Ford plant. The automaker said it may make face shields for first responders to use with N95 respirator masks at an undisclosed Michigan plant, at a rate of up to 100,000 a week.

Toyota Motor Corp said it is finalising deals with at least two companies to help increase production of ventilators and respirators. It expects to begin mass-producing 3D-printed face shields next week, and is seeking partners to make filters for face masks.

Fiat Chrysler Automobiles NV said it will begin making more than 1 million face masks a month, to be distributed initially to first responders and healthcare workers in North America.

Tesla Inc said it would reopen its Buffalo, New York, solar panel plant to produce Medtronic ventilators. The company also said it bought 1,255 ventilators in China and is distributing them in North America.

The joint venture between SAIC Motor Corp Ltd, GM and Wuling is converting one of its China plants to make face masks and is building additional machines to increase mask production.

GAC is converting one of its China plants to make face masks.

Volkswagen AG said it is testing 3D printers to make parts for ventilators.

Mahindra CIE Automotive Ltd said it is working with a ventilator manufacturer in India to help simplify the design and scale up production, including at some Mahindra plants.