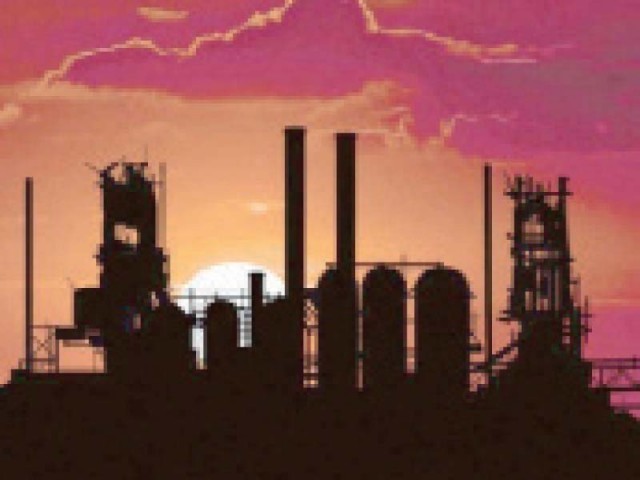 Many industries and services sector, except for the essential ones, will bear losses of billions of rupees due to lockdown. PHO-TO: FILE

KARACHI: Pakistan has managed to let some economic activities continue, including exports, as the world’s largest retail chain Costco in the US has continued to take supplies and many Asian countries remains operational amid lockdown in many states in the US and Europe.

Besides, the government is trying to make sure that agricultural production remains unhurt. Since this is a time when Pakistan harvests the main staple crop of wheat, measures are being taken to procure the grain to ensure food security.

The rice industry, whose exports are worth $2 billion a year, has also managed to operate. The government will not charge demurrages for delay in clearance of import and export containers at ports.

However, many other industries and services sector, except for the essential ones, will bear losses of billions of rupees due to lockdown in almost the entire country to contain the coronavirus pandemic. The Express Tribune tries to estimate damages to the national economy. “Pakistan is expected to achieve some 50% export target this month (March),” Pakistan Business Council (PBC) CEO Ehsan Malik said.

“The US retail chain Costco is still taking supplies from around the world. Besides, many Asian countries remain operational,” he said.

Pakistan’s average exports came in slightly lower than $2 billion a month in the first eight months (Jul-Feb) of the current fiscal year, according to the Pakistan Bureau of Statistics (PBS).

“We are trying to make sure, in collaboration with the government, that those export industries continue to operate whose orders have not been delayed and cancelled by the international buyers,” Malik said. The list of employees of the export industries and those which are considered essential industries and services have been provided to the government and the law enforcement agencies are letting them commute between factories and homes.

These industries include food, pharmaceutical, textile and fast moving consumer goods like soaps, shampoos and detergents, which also come under the essential goods category.

“Essential food and pharmaceutical industries cannot operate in isolation and that is why we have taken permission from the government to let the packaging and printing industry operate as well,” Federation of Pakistan Chambers of Commerce and Industry (FPCCI) President Anjum Nisar said.

“Soap and sanitiser manufacturing industries also come under essential goods manufacturers since we need the two products to protect people from coronavirus,” he said.

Malik voiced fear that exports may gradually drop to a very low level in the next three to four months, but stressed that they would gradually return to normal by December 2020. Besides, non-essential industries and services would be badly hit by the lockdown. Many big industrial units including the three Japanese car manufacturers (Toyota, Honda and Suzuki), big textile and cement-makers including Gul Ahmed, Interloop and Lucky Cement have stopped production, according to a private TV channel.

The share of services sector (like doctors, bankers, lawyers, barbers, tailors and cobblers) has increased to around half of GDP over a period of time. “A majority of them may feel the heat of the melting economy except for the financial sector,” he said. Malik said the agriculture sector, whose share in GDP stood at around 50%, would remain unhurt since the government was making sure that the ready-to-harvest wheat crop was procured to achieve food security.

The State Bank of Pakistan (SBP) revised down its projection for economic growth to 3% last week compared to 3.5% before January 2020.

Malik said the government should provide relief to the exporters who had earlier sold dollars in the inter-bank market on forward counters on expected receipt of export payments. “Now all the payments will not be received since many European buyers have delayed orders.” Secondly, many exporters had ordered the import of machinery on the hope that exports would grow in future. “The government should help them in these tough times,” he said.

Government puts off sale of assets