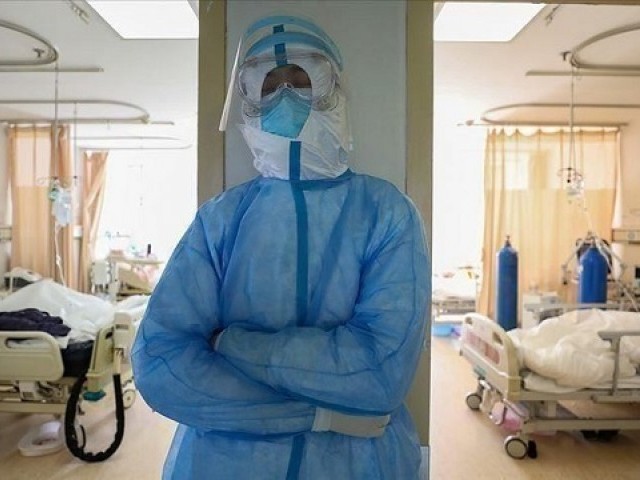 Despite the severity of the disease, most people experience mild symptoms and recover in due time. PHOTO: AA

PARIS: In another unforgiving day, the new coronavirus continues its iron grip on France, with the death toll surging to 1,696 amid 29,155 reported cases.

France’s Director of Health Jerome Salomon said during a news conference that another 365 people died of the virus in the last 24 hours, as 3,922 new cases were recorded.

US has most coronavirus cases in the world

Starting Thursday, high-speed TGV trains are being used to transport patients diagnosed with COVID-19 to other parts of the country for treatment, especially from Alsace in the east. The trains can reach a top speed of 575 km/h (357mph).

The military has been officially called in to assist. On Wednesday, President Emmanuel Macron announced Operation Resilience, which will enable France’s armed forces to assist hospitals as well as other public duties.

The president coupled the announcement with a tour of the military hospital set up in Mulhouse, in the country’s Grand Est region bordering Germany. He used a phrase he has uttered many times over the past few weeks.

“We are at war, with an invisible enemy.”

The number of confirmed cases worldwide has now surpassed 510,000 while the death toll has crossed 22,900 and nearly 121,000 have recovered, according to data compiled by Johns Hopkins University in the US.

Italy, China, Iran, and Spain continue to be the countries hardest hit.

Despite the severity of the disease, most people experience mild symptoms and recover in due time.

In China’s Hubei, uncertainty, pessimism and hope as life resumes