One cannot underm­ine the seriou­sness of Covid-19 and its lethal ramifi­cation­s
By Dr Moonis Ahmar
Published: March 27, 2020
Tweet Email 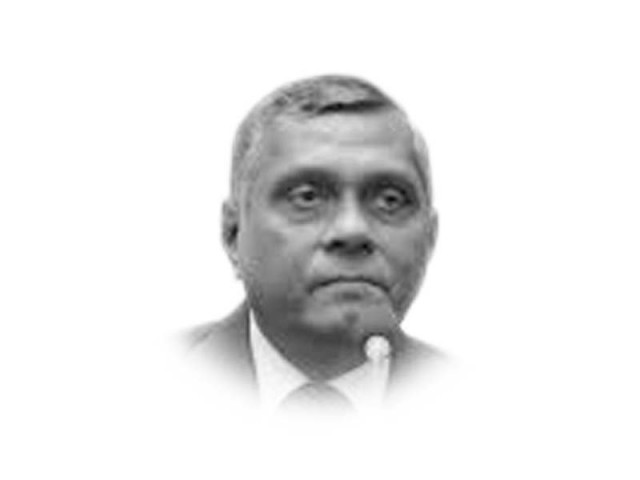 The writer is former Dean Faculty of Social Sciences, University of Karachi and can be reached at amoonis@hotmail.com

Those who are gifted with willpower, strong nerves, courage, clear thinking and quick decision-making skills are able to manage a crisis which can threaten their survival. In modern history, there is no example of a crisis which has gripped the entire world like the Covid-19 pandemic has done. With over 190 countries in the grip of this virus which has killed thousands since January, the question of its lethality cannot be ignored or doubted.

Crises are as old as human history but what matters is how they are managed. If earlier epidemics, in which millions of people perished, had led to great leaps in medical science, the Covid-19 pandemic is unique because it has not only questioned scientists but also governments and organisations that claim to be strong enough to deal with any crisis. Does this mean that the world, despite modern medicine and technology, is helpless before a virus which should have been neutralised in its initial stages? The United Nations, IMF, World Bank, Asian Development Bank, World Economic Forum, BRICS, and other organisations established since the end of WWII are incapable of dealing with an issue which is not as dangerous as the plague, malaria, yellow fever, polio or Congo fever. It means that all the claims made by the centres of power and world scientists of possessing skills to deal with the outbreak of any health crisis have proved to be hollow.

The timeline given by scientists in the United States, which is the most technologically advanced country in the world, to invent a vaccine to cure Covid-19 stretches to several weeks. If advanced and less advanced countries have tested nuclear weapons and missiles which can annihilate mankind, why then have they been unable to find a cure of a virus which has killed over 21,000 people in the last three months? It means that human beings are limited in their skills to cure a virus whereas the nuclear weapons they develop are unlimited in their ability to kill millions of people. Likewise, these countries can manage financial and other crises but are totally helpless in dealing with this virus that originated in Wuhan. Never in modern history has there been such a large-scale panic from a virus which could have been neutralised in its initial stage.

Crisis management skills include six major requirements. First, the ability to understand the crisis’ dynamics i.e. why and how the crisis erupted. Second, to get proper information and knowledge about the crisis as it is not static and will keep changing. Third, the courage to cope with a difficult situation with an early and clear response. Fourth, having control over events rather than the other way around. Fifth, avoiding panic. Finally, viewing the crisis as an opportunity.

After the end of WWII, the emergence of fields like security studies, peace and conflict studies, and crisis and crisis management caught the imagination of those who observed the outbreak of crises particularly during the Cold War years, and those in the newly independent states or the Third World. New crises ranging from the environment to energy emerged which led to the specialisation in the field of crisis management. When so much professional expertise was accumulated in the last several decades, why then did the world fail to deal with Covid-19?

One cannot undermine the seriousness of Covid-19 and its lethal ramifications but three realities should be analysed to examine why the world failed to curb its spread and intensity. First, at the time of the Plague and Spanish flu which caused millions of deaths in Europe and the Indian Sub-continent, the level of interaction because of advancement in the means of modern communications and transportation as of today was non-existent. The world’s population which was around two billion in 1900 has now reached eight billion. Therefore, the spread of a virus or disease throughout the world was not possible 100 or 200 years ago. With millions of passengers travelling from China and other parts of the world on a daily basis, the capacity of governments to control the spread of Covid-19 appeared to be limited. By the time China was able to reduce the death rate and new cases, the virus had spread to different parts of the world because of speedy transportation.

Second, the unprecedented global financial crisis which will drastically reduce the purchasing power of customers because of lockdowns and its impact on markets also needs to be taken seriously. The stock exchange, banking system, airline and tourism industry have lost trillions of dollars and it will take the world several years to recover from the huge financial meltdown caused by such a lethal crisis.

Last week, the International Monetary Fund (IMF) stated that it was “ready to use $1 trillion lending capacity to help countries struggling with humanitarian and economic impact of the novel coronavirus (Covid-19)”. IMF Managing Director Kristalina Georgieva said, “As a first line of defense, the Fund can deploy its flexible and rapid disbursing emergency response toolkit to help countries with urgent balance-of-payment needs.” She was right by stating that, “In the end, our answers to this crisis will not come from one method, one region or one country in isolation. Only through sharing coordination, and cooperation will we be able to stabilise the global economy and return it to full health.” Only when the crisis will be managed, its real impact on global and national economies can be ascertained. If the IMF, the World Bank and other financial lending agencies have demonstrated crisis management skills to deal with Covid-19, there are serious doubts about economic managers from other countries. Their response to meet financial emergencies tends to be slow and non-professional. As a result, the livelihood of millions of people is at stake, particularly in Pakistan.

Is it not a sad reality that there are people who are taking advantage of the prevailing crisis by hoarding food and other essential items along with charging escalated prices? Crisis management skills also require that a sense of humanity must prevail instead of spreading panic, fear and over charging.

Third is the reality that even the most industrialised and advanced countries have failed to curb the spread of Covid-19 as not only the number of people infected is rising but also the death toll with each passing day. Except China and Iran which belong to the global south, countries like Italy, Spain, France and the United States representing the West are unable to deal with a crisis despite possessing the latest medical technology.

The First World has also exposed itself in dealing with the virus crisis as Italy and Spain, the worst affected in Europe, failed to receive an early response from their European counterparts and other Western powers. It is China, which despite its own crisis, went an extra mile to help Italy by sending necessary medical supplies and medical staff. It means that instead of the US, China has played a leadership role in helping countries which are coping with this lethal crisis.

The eye of the tiger