In the elite motorc­ycling champi­onship, the 2020 season has yet to start
By AFP
Published: March 26, 2020
Tweet Email 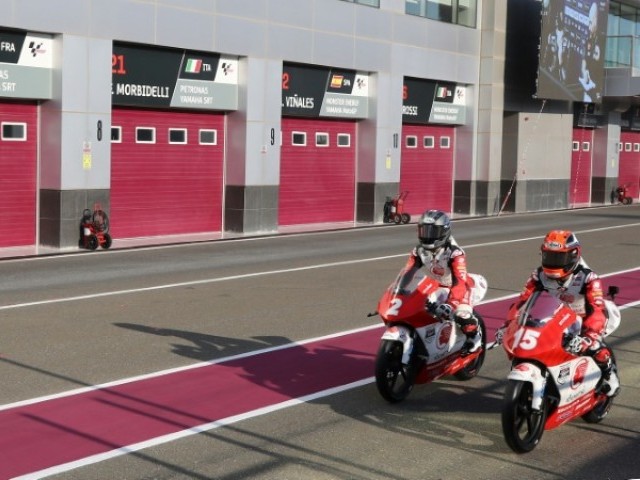 MADRID: MotoGP, like other sports and other businesses, is scrambling to deal with the problems posed by the coronavirus pandemic.

In the elite motorcycling championship, the 2020 season has yet to start. Teams, riders and organisers are trying to work out how they can rearrange the calendar, make up for financial losses and ensure a level track technically.

While the Moto2 and Moto3 categories competed in the opening race in Qatar, the headline MotoGP event was cancelled.

Dorna, the series promoter, has also postponed the next three events in Thailand, Texas and Argentina and hopes to run them in the second half of the season.

The May races in Spain, France and Italy are in doubt.

Dorna has already said it will push back the end of the season two weeks to 29 November.

It could also add races during the summer break (July 13-August 2) or extend the season further, within the limits imposed by logistics, time differences and weather.

“Our aim,” said Dorna CEO Carmelo Ezpeleta, “is to maintain the Championship with the maximum number of races.”

As things stand, the revised season will end with two gruelling blocks of three races in three weeks, with just one week off in between.

“Physically we can manage everything,” said Suzuki rider Joan Mir from Spain. “Mentally it will put us all to the test.”

“If there are no more GPs, there is no more income linked to sponsors and prize money,” he said.

Racing on tracks without paying fans is not an attractive option.

Johan Stigefelt, who manages team SRT, a satellite of Yamaha that races in all three classes, tried to find an upside if more races are lost.

“Okay, in that scenario, we will also travel less so the cost for travelling will be less and so on,” he said.