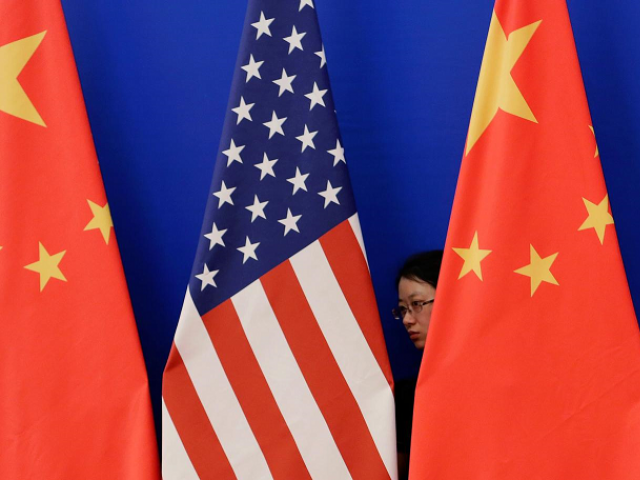 A Chinese government worker adjusts the US and Chinese national flags before a news conference at the Great Hall of the People in Beijing, July 10, 2014. PHOTO: REUTERS

BEIJING: China and the United States are expected to call a timeout on their coronavirus blame game and focus on the challenges of the pandemic when leaders of the G20 nations hold talks via video conference on Thursday, the South China Morning Post said.

The virus has spread around the globe, infecting more than 470,000 people and killing more than 20,000, since it emerged in central China late last year.

The leaders are expected to agree that the outbreak is a threat to humanity and will set up a mechanism to share information and experiences in fighting the disease, the paper said, citing a draft statement to be discussed at the summit.

“As the world confronts the COVID-19 pandemic and the challenges to healthcare systems and the global economy, we convene this extraordinary G20 summit to unite efforts towards a global response,” Saudi Arabia’s King Salman said on Twitter.

As the world confronts the COVID-19 pandemic and the challenges to healthcare systems and the global economy, we convene this extraordinary G20 summit to unite efforts towards a global response.
May God spare humanity from all harm.

The kingdom, which holds the G20 presidency this year, will host its leaders by video conference on Thursday amid criticism that the group has been slow to respond to the crisis.

The focus will be on China and the United States, which have been engaged in a war of words over the outbreak, against the backdrop of a bitter trade dispute.

In preparatory talks for the G20 summit, the two countries agreed to set aside their differences, the newspaper said, citing a diplomatic source familiar with the talks.

He has also accused China of delaying the sharing of information about the virus and creating risks to people worldwide.

Some US politicians were using the pandemic as a weapon to smear China, Beijing has said, adding that its actions, including quarantining millions of people, had earned the world “precious time” to prepare.

It has also disputed the widely held belief that the virus originated in China, and comments by a foreign ministry spokesperson that it could have been brought to the country by the US military have further heightened tension between the two.

Japan to set up coronavirus task force; no emergency now