The sessio­n proved that it takes a pandem­ic and the mutual love for art to bring two nation­s togeth­er
By Entertainment Desk
Published: March 26, 2020
Tweet Email 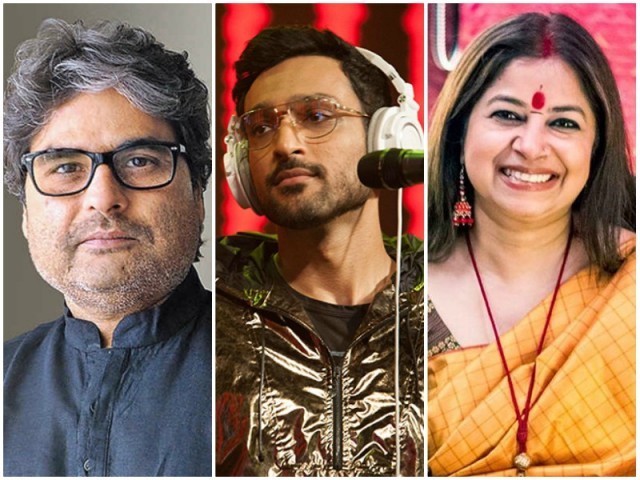 Owing to the current lock-down, popular singer Ali Sethi announced in his Instagram live session last week that he will be hosting many of such sessions for the sake of performing online.

His first virtual concert took place on March 19, with the second taking place on Tuesday, March 24, during which he surprised his fans with some very special guests.

Ali brought on board, India’s veteran classical singer Rekha Bhardwaj and her husband, the renowned film director and music composer Vishal Bhardwaj. Not to mention, Sethi also brought in his mentor – the renowned veteran singer Farida Khanum to entertain his fans.

It was certainly a star-studded night, given the liberty of performing online. There was no such thing as worrying about crossing borders or lack of security.

The four had a heartfelt discussion about how much they wished they could meet each other, after wich Farida initiated the musical performance with her popular 1993 song, Aaj Jaane Ki Zid Na Karo. Both Rekha and Vishal smiled and watched her sing as though in awe of her melodious voice. The couple said they considered themselves fortunate to be witnessing her sing in front of them.

This was followed by Rekha’s Phir Le Aya Dil as the veteran performer made Farida teary with her soulful voice. The song was requested by Ali himself, who then joined the duo to discuss more music and tell his fans about how they met.

Ali concluded his live session with his popular track, Chandni Raat, following which the Bhardwajs thanked him for making the collaboration happen in such dark times.

The session also proved that at the end of the day, it takes either a mutual enemy – in this case a pandemic – and the mutual appreciation for art to bring two nations together. Here’s hoping that the battle is won against both the disease and the differences that keep people apart.