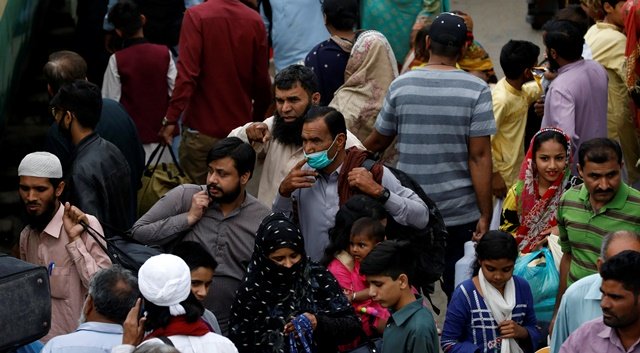 In the last few decades, the liberal international order promoted the idea of globalising the economy. The famous political scientist, Francis Fukuyama, said that the global economy has quadrupled since 1945. Today, many people blame the Covid-19 pandemic on globalisation and suggest that the only way to prevent such outbreaks is to de-globalise the system. While short-term quarantine is the right approach to counter such pandemics, long-term isolationism will cripple the global economy without offering any solid assistance in the fight against infectious diseases. It is important to point out that the real antidote to global challenges is not isolation, but rather lies in coordination and cooperation.

If we look back in history, pandemics killed millions of people long before the age of globalisation. In the 14th century — a time when there was no air travel — yet the “Black Death” spread all across Europe to parts of East Asia. It killed between 70 million to 200 million people with almost 60% of Europe’s population wiped out.

Not to forget the Spanish flu of 1918 which managed to spread even to the most remote areas of the world in a matter of a few months. It had infected more than half a billion people. It is estimated that the flu killed around 5% of India’s population. Altogether, the pandemic killed as many as 50 million people — that also in less than a year — which is extremely alarming.

Despite horrific outbreaks such as AIDs and Ebola of the 21st century, a far smaller proportion of population perished as compared to previous outbreaks. Historian Yuval Harari tells us that isolation is not the best defence against global challenges and infectious diseases but being well-informed about the diseases and implementing it is.

Humanity has been winning the war against infectious diseases through scientific inventions and information. During the previous pandemics, people believed in fairy tales and myths. Little did they know about the existence of bacteria and viruses.

A better understanding of infectious diseases, antibiotics, vaccinations has allowed humans to have the upper hand against its invisible predators. In 1960s, the smallpox infected more than 15 million people, killing two million of them. However, a global campaign against the smallpox resulted in the creation of a powerful vaccine. In 1979, the World Health Organization (WHO) declared that humanity had won against the fight against smallpox. It is important to mention that not a single person was killed by smallpox in 2019.

Today, when we are looking to flatten the Covid-19 curve, lessons must be taken from the Chinese resilience. China recently reported no local cases of Covid-19 which indicates how well China has contained the virus locally. History suggests that the real protection comes from sharing of information and from global unity. When a particular country finds itself gripped by an epidemic, it should be willing to honestly share information with the rest of the world to prevent a major catastrophe.

It is high time for regional organisations to also start functioning effectively. The South Asian Association for Regional Cooperation (SAARC) has been on the ventilator for many years now, but the Covid-19 outbreak has revived the organisation once again. The WHO declared Europe as the new epicentre of the Covid-19 outbreak as Italy and Spain remain in a complete lockdown. This is a golden opportunity for the European Union (EU) to regain its popular support which it has lost in recent times. If each country is left to fend for itself, then the pandemic might turn out to be even deadlier.

The future of global security lies in joint solutions to common problems. Disease is a borderless challenge which must be countered in coordinated forums. In this moment of crisis, pandemic outbreaks require global cooperation. Today it is the coronavirus, it may be something worse in the future.