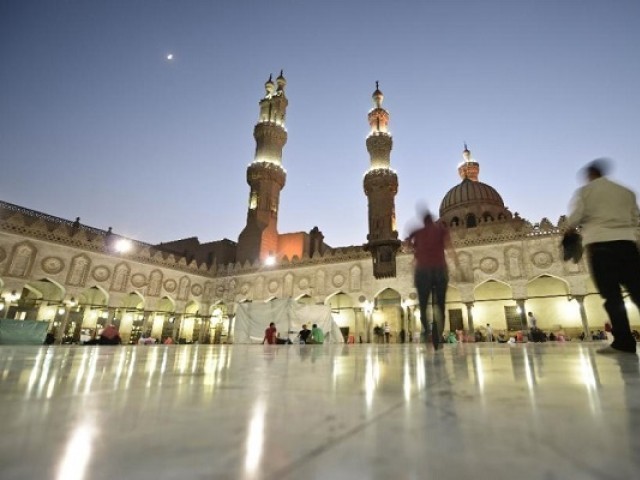 The Supreme Ulema Council (SUC) of Egypt’s Al-Azhar University has issued a fatwa, banning all congregational prayers at mosques to stem the spread of coronavirus outbreak.

Pakistan’s President Dr Arif Alvi had requested the supreme council to issue a guideline for Muslims around the world over precautionary measures while performing religious obligations, Radio Pakistan reported on Wednesday.

The fatwa, a ruling on a point of Islamic law given by a recognised authority, further states that all public gatherings, including congregational prayers, can speed up the spread of the deadly disease. Hence, government officials in Muslim countries have the authority to cancel congregational and Friday prayers, it adds.

Azaan in Kuwait tells people to ‘pray at your homes’

On Saturday, Al-Azhar Grand Imam Sheikh Ahmed Al-Tayeb had decided to suspend Friday prayers and congregational prayers for the Muslims at Al-Azhar Mosque in Cairo for two weeks, as a preventive measure against the COVID-19 pandemic.

Last week, he issued a fatwa saying that the cancellation of Friday prayer and all congregational prayers are permissible amid the current health crisis.

The novel coronavirus – which originated in the central China city of Wuhan towards the end of December 2019 – has spread to all continents excluding Antarctica. The COVID-19 respiratory illness caused by the mysterious contagion has so far killed thousands of people and infected tens of thousands of others across the globe.