Aamir met his Kiran on the sets of 'Lagaan' back in 2000
By Entertainment Desk
Published: March 25, 2020
Tweet Email 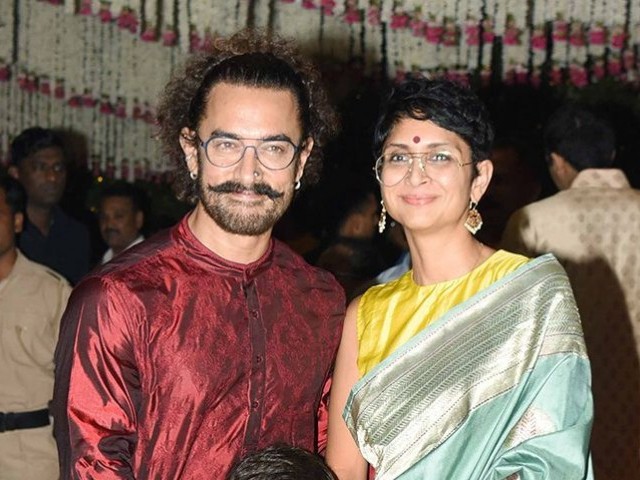 People rarely get a second chance at love but Aamir Khan is a lucky man in that regard.

The actor was previously married to Reena Dutta for 16 years but they divorced in 2002. And soon after, he found love again with film-maker Kiran Rao, reported Hindustan Times.

In a recently unearthed video, Aamir is seen speaking about Reena and Kiran on a Chinese news channel. The video, shared on YouTube, shows him talking about how he met Kiran and fell for her, in great detail.

“I met Kiran when I was doing Lagaan (2001). She was one of the assistant directors but at that time, we didn’t have any relationship; we were not even great friends. It was sometime after my separation and divorce that I met her again,” Aamir says in the interview. “In that moment of trauma, her phone came and I talked to her on the phone for half an hour. And when I put the phone down, I said, ‘My God! I feel so happy when I talk to her.’ It struck me in that instant that when I am talking to her, I am so happy.”

Aamir adds that he feels very lucky to have Kiran in his life. They love spending time together and are “constantly laughing.” The interviewer notes that Aamir likes strong women. He replies, “I like strong women. My first wife Reena; my second wife Kiran. I like people who are strong, actually. I don’t wanna bring it down to women or men. I like people who are strong.”

The cutest in the world… mazi baiko ❤

Even after divorce, Aamir and Reena share a great friendship. They work together on the Paani Foundation, of which she is the COO. They also have two kids together, son Junaid and daughter Ira, both of whom live with their mother. “She is a wonderful person, as well. Sometimes a relationship doesn’t work but I have a lot of love and respect for her,” he says about his Qayamat Se Qayamat Tak co-star in the video.