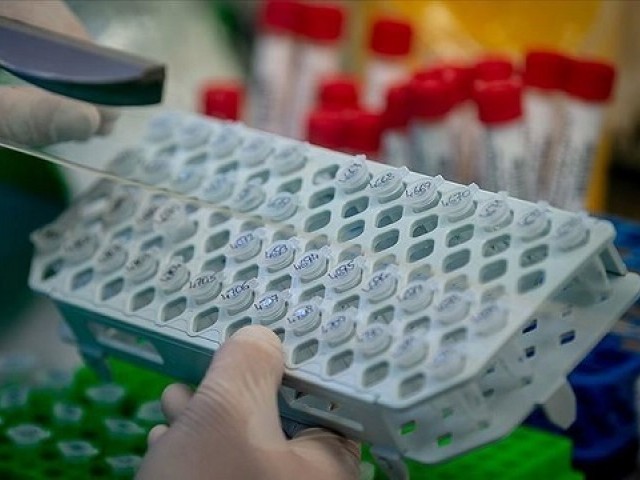 Lopinavir/ritonavir medication is widely used for the treatment and prevention of HIV and AIDS. PHOTO: AA

In a recommendation published on the Moscow City Health Department’s website Wednesday, the experts prescribed the medicine to patients being treated at home.

“Prescribe to patients with a coronavirus infection who are being treated at home: Lopinavir+Ritonavir 400mg/100mg every 12 hours for 14 days. Pathogenesis treatment [a therapy, aiming to fight the origin and development of the disease]. Rehydrating drink. Plentiful drink,” the recommendation said.

Lopinavir/ritonavir medication is widely used for the treatment and prevention of HIV and AIDS.

Separately, Russian authorities announced that 163 new COVID-19 cases, including a minor, were registered in the country over the last 24 hours, bringing the national tally to 658 across 55 regions.

Some 29 people have recovered and been discharged from hospitals since the beginning of the epidemic in Russia, Vice Premier Tatyana Golikova said at the daily briefing in Moscow.

Initially, two women with virus symptoms died in Russia, but the authorities refuse to include them in official statistics.

In the first case, they say, a thrombus (blood clot) detachment had killed the 79-year old woman, while in the second case it was cancer.

Measures to contain the spread of the infection in the federation include the closure of educational institutions, nightclubs, cinemas and gyms, as well as suspension of air and land traffic with a number of countries.

While the elderly, people returning from abroad as well as the ones showing symptoms are already mandated to be placed in quarantine, authorities are considering punishment of up to seven years in prison for violators.

After emerging in Wuhan, China last December, the virus has spread to at least 170 countries and regions.

While there are more than 425,000 confirmed cases globally, the death toll from the virus tops 18,000. Over 100,000 of those infected have also recovered, according to data compiled by the U.S.-based Johns Hopkins University.