Covid-19 leads to a drop in K-P pollution

Covid-19 leads to a drop in K-P pollution 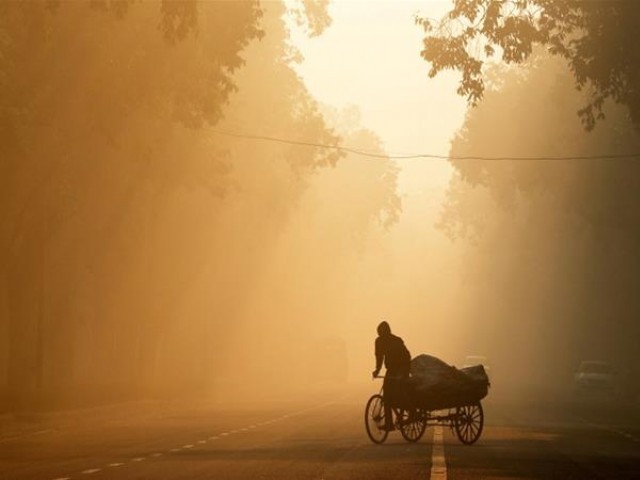 PESHAWAR: As Covid-19 brings economic activity and life to a near-halt, it appears that the environment is showing signs of improvement in Khyber-Pakhtunkhwa.

According to environmental experts, a notable drop in air pollution over the province is visible following the coronavirus lockdown. “For the first time in decades, the environment seems to be recovering from the constant pollution. Khyber-Pakhtunkhwa’s (K-P) air quality index has improved,” claimed one expert.

With nonessential businesses closed after the administration issued the stay-home orders in K-P, which, so far, has more than 35 confirmed cases, the province witnessed a significant drop in air pollution. The World Health Organization (WHO) has estimated that around 7 million people die every year from exposure to fine particles in polluted air.

According to the WHO, Peshawar emerged as one of the most polluted cities in the world in 2016. In its report, the specialised agency of the United Nations responsible for international public health stated: “Of the 3,000 cities in the WHO’s air quality database, the most polluted at the time of measurement was Onitsha, a fast-growing city in Nigeria followed by Peshawar.” The global health organization collected the data between 2011-2015.

The recent improvement in the air quality was not only felt but also celebrated on social media. In a post on Twitter, Najiullah Khattak said: “The Air Quality Index (AQI) has dropped below 50 showing healthy air quality. This means our planet is breathing again after a very long time. Positive Signs.”

For too long, Peshawar’s air quality index has hoovered in the ‘unhealthy’ zone, crossing what experts have called the red line. “The improvement in air quality is clearly due to the reduced traffic and human activity in Peshawar,” claimed Dr Bashir Ahmad, who heads the provincial Environmental Protection Agency.

With the spread of coronavirus, industries all over the world seem to be shutting down. Environmental experts believe reduced industrial emissions are temporarily slashing air pollution levels around the world. Cities under strict lockdown seem to be showing the largest drop in pollution levels.

Commenting on the issue, Muhammad Irshad, Chief Analyst, Environmental Protection Agency, said the main cause for pollution in Peshawar is smoke. “Higher levels of pollution dramatically increases the number of premature deaths among children under five and adults over 70,” Irshad cautioned.

According to experts, the AQI is an index for reporting air quality daily.

The purpose of the AQI is to help people know how the local air quality impacts their health. The higher the AQI value, the greater the level of air pollution, and the greater the health concerns.

Peshawar on most days has crossed the red line on the AQI with readings above 100, which, according to health experts, can cause breathing difficulties in people with lung disease like asthma, and discomfort to people with heart disease, children and older adults.

Shortly after the orders by the provincial government to reduce public activity, the AQI number plunged to 50, which is considered as good by experts.

Improving the environment is on Prime Minister Imran Khan’s long-to-do-list. Still leading the government in K-P, his party plans to ensure the province adopts environment-friendly policies.