Iraq is a case study of what happen­s when foreig­n powers decide to make a third countr­y their plaype­n.
By Arhama Siddiqa
Published: March 25, 2020
Tweet Email 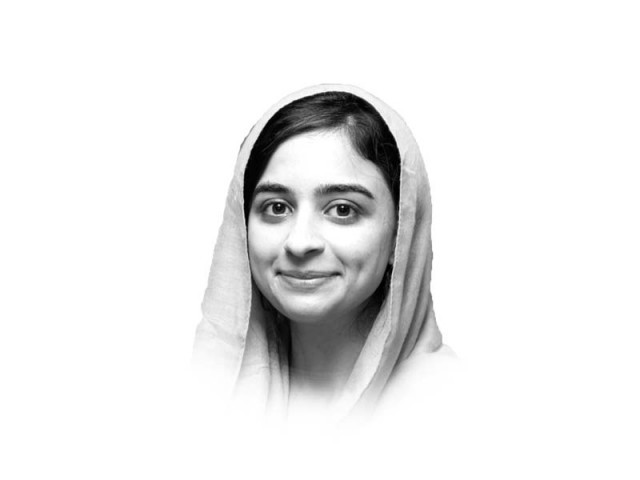 One would have thought that the cloud of uncertainty caused by the Covid-19 pandemic would somewhat stifle armed conflict all over the world. However, in light of last week’s rocket attacks in Iraq, US-Iran animosities are once again threatening to resurface and take on an even more dangerous course. While the Pentagon blamed the attacks on Iran-backed, Kataib Hezbollah, a group calling themselves the Revolutionary League have claimed responsibility. Their message is simple. President Trump should withdraw all his forces “vertically”, before the troops are forced to leave “horizontally”.

Though the October 2019 protests brought down the government, the appointed prime minister-designate, Muhammad Tariq Allawi, failed to win parliamentary approval to form a cabinet. On March 19, Iraqi President Barham Salih was forced to reappoint the former governor of Najaf, Adnan Zurfi, as the new Prime Minister-designate. March 19 also marked 17 years to the US invasion of Iraq. The sad reality is that in comparison to the US invasion of 2003, the stability of Iraq is at greater risk now. The country’s leadership has not been able to agree on a government despite months of protests against the ruling establishment.

In essence Iraq’s situation is one of political paralysis. Without doubt the rise and spread of al Qaeda and ISIS was challenging. However, these did not shake the Iraqi state’s core foundations the way the current accumulation of political crises has. The current crises have overwhelmed the current system to a breaking point, with a replacement nowhere in sight.

An examination of key demographic indicators shows why the common Iraqi is disenchanted with the prevailing system. Take education for example. Statistics from the World Bank show that under Saddam Hussein’s dictatorship, 74% of adult Iraqis were literate in the year 2000. Eighteen years down, this number has dramatically dropped to 50%.

Concurrently, the sudden drop in oil prices mainly due to the oil-price war between Russia and Saudi Arabia, is threatening to propel an already faltering Iraq into an unparalleled crisis. Of Iraq’s revenue, 90% comes from oil and since almost half of the government’s spending is on public sector wages and pensions, a drop in oil prices means that the country cannot meet its wage scale.

Three main things help explain the grim state of affairs. The first is the US invasion in 2003 which caused power vacuums in the country. The second is the policymaking distribution in the post-invasion period. To this day, this is defined by an unwritten understanding among the ruling elites that commits them to ensure that no monopoly power prevails for the sake of protecting their interests. The third is the role of third party powerplay in Iraqi politics particularly the US and Iran. An accumulation of all three have resulted in a path dependent trajectory leading to a dysfunctional political system driven predominately by vested interests and corruption.

Iraq is a case study of what happens when foreign powers decide to make a third country their playpen. The underlying concern is that once again political turmoil could pave the way for hardliner militants to capitalise on. The memories of ISIS raising their flag in Mosul in 2014 are still fresh. If the same is repeated, it will have more detrimental consequences given the added factor of the current US-Iran powerplay on the streets of Iraq. The country’s problems did not occur overnight, hence safe to say, they cannot be solved in an instant. It is time for the leaders and communities in Iraq to shed carpetbagger politics, bar all foreign intervention, place the country’s interests at the forefront and work persistently towards achieving domestic strength. If nothing obstructs these objectives, then a stronger, more resilient Iraq can emerge.