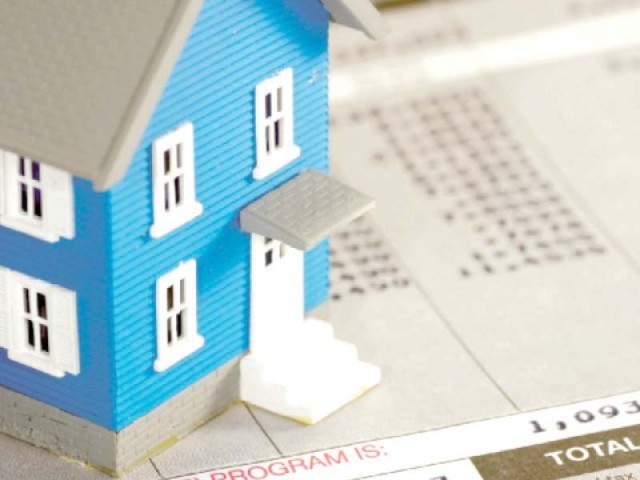 After changes to the property holding period, the FBR’s tax collection from the realty sector increased but the number of transactions dropped. PHOTO: FILE

ISLAMABAD: The government has come under increasing pressure from influential quarters to reverse real estate sector taxation measures, which it had introduced nine months ago to increase paltry contribution from the sector, and announce the move as part of an economic relief package to fight the global coronavirus pandemic.

The government is discussing the proposal of not charging up to 20% capital gains tax (CGT) if a plot is sold after keeping it for 1,095 days instead of the current period of 2,921 days, according to sources in the Federal Board of Revenue (FBR).

At present, the tax is exempted if the asset is held for over eight years aimed at discouraging speculative practices. Pressure groups want the government to cut the period to just three years. If the immovable asset is sold before the eight-year period, it is subject to up to 20% of tax gain.

Realty sector’s key players, including some cabinet members, have been visiting the FBR headquarters to get the relief. They were also pressurising the FBR not to ask the source of investment, the sources said. A few meetings have taken place in the PM Office and the finance ministry to review the situation.

FBR acting chairperson Nausheen Javed did not respond to the question whether the FBR had decided to reverse the changes or would it sustain the pressure and continue with the existing regime.

As part of the International Monetary Fund (IMF)’s tax package, the Pakistan Tehreek-e-Insaf (PTI) government had increased the holding period from three years to eight years for open plots in order to claim exemption from 20% CGT.

For the constructed property, the government had increased the holding period from three years to four years for claiming the tax exemption.

“We are working with Pakistani authorities on a continued basis to evaluate developments and identify courses of action,” said IMF Resident Representative Teresa Dabán Sanchez.

The remarks were made after she was requested to comment on whether changes in the realty sector tax regime were discussed with the IMF and would the fund allow investors to invest in real estate without disclosing the source of income.

The increased holding period was part of Rs735 billion worth of tax measures that the government had taken under the IMF agreement from July last year. The additional tax collection from the realty sector has been estimated by the IMF at Rs44 billion for the current fiscal year.

The purpose of bringing these changes was to increase tax collection, discourage speculative investment and arrest soaring prices of immovable property. The real estate sector does not create many jobs as the speculating investors largely trade files and do not construct homes.

Now, the FBR is under pressure to restore the June 30, 2019 status as part of an economic relief package that Prime Minister Imran Khan will announce on Tuesday. However, the lobbying to reverse the legal changes had been going on much before the coronavirus outbreak hit the world.

After changes to the property holding period, the FBR’s tax collection from the realty sector increased but the number of transactions dropped.

Proponents of the old but lax taxation regime are highlighting the reduction in transactions as a tool to get the measures reversed.

Overall, Pakistan’s economy has been on a sliding path due to the stabilisation policies introduced under the IMF deal and crackdown on the informal economy to meet requirements of the Financial Action Task Force (FATF).

There has been no permanent FBR chairman for the past over two and a half months as the prime minister struggles to keep all quarters happy. But this is keeping the most critical position vacant.

Many attempts had also been made in the past to document the real estate sector and improve tax collection from it. Former prime minister Shahid Khaqan Abbasi had also tried to bring changes, which the FBR did not implement, though the law bound it. The FBR has delayed a notification for establishing the Directorate General of Immovable Properties that could have given authorities the first right to acquire assets that were undervalued to evade taxes.

The former premier had taken the step and introduced the concept of pre-emptive action through the Finance Act 2018 that came into effect from July 1. But the FBR has not made the directorate operational.

Adviser to Prime Minister on Finance Dr Abdul Hafeez Shaikh on Monday chaired a meeting to seek input of the business community for the economic relief package.

The business community requested that it should be facilitated in looking after their daily-wage earners over the next two to three months and be provided with assistance to carry on their business with improvement in liquidity position, according to a statement issued by the finance ministry.

The adviser said in this challenging situation, the prime objective of the government was to contain the virus, provide healthcare facilities, essential food items at affordable prices, help to maintain enough cash in hand for the common man and provide help and assistance to the business community to run their businesses without a permanent setback to the economy.

“Have faith that the government is there to support you,” Shaikh remarked in the meeting.

PSX activates system for brokers to work from home