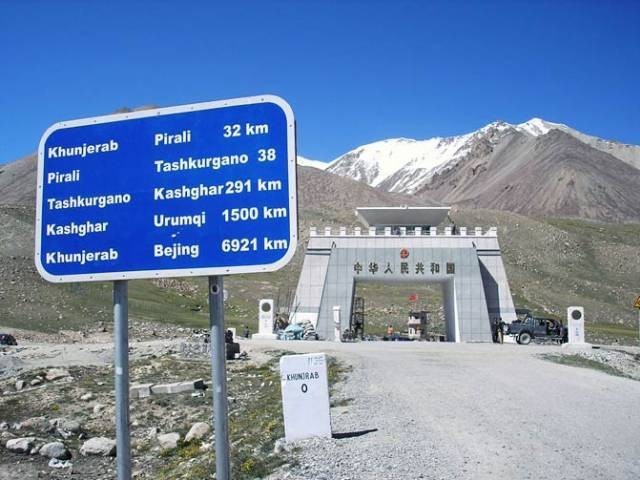 BEIJING: The friendship between Pakistan and China has grown stronger and stronger due to the difficult time that both the countries have gone through previously, said Pakistan’s Ambassador to China Naghmana Hashmi during an interview with China Economic Net (CEN).

Quoting Chinese President Xi Jinping, she stated “As gold becomes solid and shines when it goes through the fire, it [China] has withstood the test of time like a good neighbour, strategic cooperative partner and an iron brother.”

Hashmi discussed some major developments and plans between the two countries, which included joint cooperation to combat locust plague, effect of China-Pakistan Free Trade Agreement and establishment of a meat cold chain.

Pakistan has a gradient economy and 70% of it depends on agriculture, therefore, agricultural science and technology play a decisive role in the country’s social and economic development, Hashmi said, adding that it is extremely important to bring these two sectors under efforts of the China-Pakistan Economic Corridor (CPEC) for poverty alleviation and development.

She also expressed her views while talking about the two memorandums of understanding (MOUs), three exchanged certificates and one exchange of notes that were signed by the ambassador during the visit of President Dr Arif Alvi last week.

Hashmi elaborated that these three exchanged certificates and one exchange of notes are related to the pandemic prevention supplies and equipment along with the locust prevention and control MOU signed between the Ministry of Agriculture and Rural Affairs of China and the Ministry of National Food Security and Research of Pakistan in order to strengthen cooperation on plant disease control.

Terming it a beautiful gift, she stated, “China, despite … fighting the war against novel coronavirus, came out and supported Pakistan to the best of its ability to help us fight this unprecedented attack of locust.” She informed the reporter that Pakistan’s brown locust originates from Africa. The locust plague is mostly seen in East Pakistan and Central Punjab, which are grain-producing areas.

“We are looking forward to setting up a research centre for pest control because the areas where we grow most of our staple crops are hot and humid in summer and this condition encourages different kinds of pests. Besides locust, research on mango and cotton pest outbreak would also be a good outcome of practical cooperation,” Hashmi added.

Pakistan’s kinnow has recently attracted Chinese netizens’ attention. According to a report by CEN, 180,000 kinnows entered China for the first time in three years. Kinnow sellers on e-commerce platforms such as Taobao and JD recorded 6,262% increase in additional orders on the same day.

Hashmi said, “This is a variety that’s unique in Pakistan. A lot of imported citrus fruits generally start to come to the market in December, meanwhile, export of our kinnows start during the mid or at the end of January.”

The ambassador added, “I’m sure our Chinese friends will love our kinnows as much as they loved our mangoes last year; next year we will be organising a kinnow festival as well.”

Talking about the Pakistan Mango Festival hosted by the Pakistani embassy in Beijing along with CEN on September 17, 2019, the ambassador stated, “New products will be available in this year’s mango festival because of the free trade agreement (FTA).”

She added, “We are now working on the vital sanitary requirements for the export of meat to China and are planning to establish a cold chain between Pakistan and China. “We are hopeful that soon we will be able to get the quarantine certification for the export of meat to China, which will boost bilateral trade. Similarly, fishery market is another area where we really need to concentrate.”

According to State Bank of Pakistan (SBP) data, in the first seven months (Jul-Jan) of current fiscal year, Pakistan’s frozen fish exports to China increased 83.70%, which is an item that contributes a lot to exports. However, Pakistan’s overall exports to China increased only 1.80% while imports decreased 2.48%. Speaking about the impact of the global pandemic on the two countries’ economies and trade, the ambassador said there is no need to worry about it. “The first and second quarters will be affected, but we will make it up in the third and fourth quarters.

“The FTA that has become operational from January this year has already resulted in 17% increase in our exports to China,” she added.

Appreciating CEN’s proposal of hundreds of Pakistani and Chinese enterprises making joint efforts to achieve small goals of development after the pandemic, Hashmi remarked, “There is no other way of achieving development except for when everybody plays its part.”

She said, “Infrastructural projects of the first phase of CPEC have now been completed. The energy shortage is a thing of the past. “This is the time to put your heart, soul and efforts towards increasing bilateral investments, trade and setting up joint ventures.” Hashmi mentioned more than 10 areas where Pakistan expects to see investment. These are renewable energy, electric vehicles, aviation and transportation, telecommunication, distance education, medical facilities, information technology, mechanised agriculture and drip irrigation, pest control and dairy industry.

She added, “There is a huge era of opportunities between Pakistan and China. You must take advantage of the opportunities and possibilities which are now opening up in new Pakistan.”

THIS ARTICLE ORIGINALLY APPEARED ON THE CHINA ECONOMIC NET