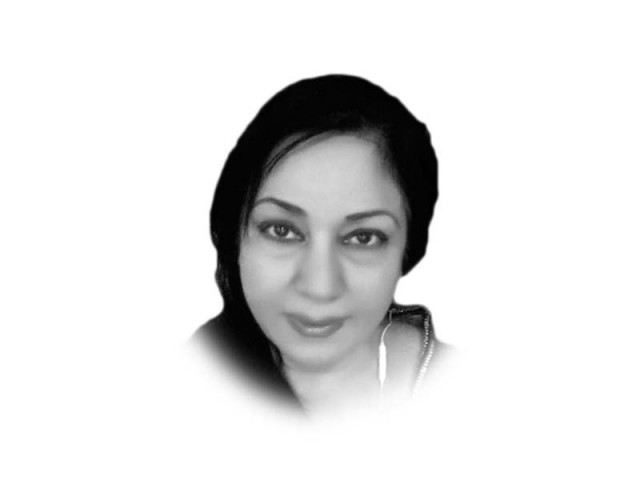 The writers are freelance journalists and can be reached at adeelanaureen@gmail.com

In the last few months, two major Indian banks collapsed. They are the Punjab Maharashtra Cooperative Bank (PMCB) and the Yes Bank — India’s fourth largest bank. As Delhi burnt and Modi was busy ushering President Trump and boasting about the success of corporate India, Indians were lining up in front of ATMs and banks only to find that their hard-earned money had vanished without a trace. As reported by the Indian press in February, the Government of India had acknowledged that non-performing assets (NPAs) of public sector banks (PSBs) stood at Rs7.27 trillion as of September 30, 2019. Union Minister of State for Finance Anurag Thakur had told the Lok Sabha in February that scheduled commercial banks and select financial institutions have reported frauds to the tune of Rs113,374 crores in the first half of the current financial year.

While one may get drowned in the Indian jugglery of crores, it may be of interests to tell the story of the collapse of corporate India and how it became a giant Ponzi scheme. But before we do that, it is equally important to see what is a Ponzi scheme.

Outlook India in its August 21, 2019 issue wrote about the mood in the Indian corporate sector that as “debt looms, as a terrifying specter, zombie companies or corporate underachievers have doubled and even the biggest of business empires like Reliance Industries are worried and hassled”.

A June 2019 report by Belgium-based Committee for Abolition of Illegitimate Debt (CADTM) pointed out that corporate debt in India was spiraling up and it might not be long before it reaches alarming levels. Metal, power, and telecommunications account for 40% of the unserviceable debt.

Sushovan Dhar, in an article for CADMT, explained the reasons for this fiasco: “The troika of politicians, bureaucrats and the capitalists form a vicious nexus that controls these banks. Indian banks have written off a whopping Rs56,702 crore ($7.8 billion) of NPAs during the nine-month ended Dec 2018, taking the total loan write-off to over Rs700,000 crore ($100 billion) in the last 10 years, according to figures revealed by the RBI. Four-fifths of the total amount written off in the last 10 years have accrued during Modi’s time. This grotesque magnanimity to the corporates is being attempted to be compensated by recapitalisation of banks through public funding, which means that the ordinary Indian people would be bailing out the banks that are still being plundered by the corporates.”

Scroll.in, while decrying the collapse of Yes Bank stated on March 10: “Yes Bank, the country’s fourth-largest private lender, had its board suspended by the Reserve Bank of India, which regulates the sector. While the RBI announced a draft reconstruction plan, the bank was put under moratorium: accountholders were prohibited from withdrawing more than Rs50,000.” It is estimated that Yes Bank NPA has crossed Rs1 trillion. NPAs have been disproportionately exploited to cover up tycoons like Anil Ambani, Rana Kapoor and Vijay Malya. Indian Finance minister Nirmala Sitharaman while giving a lollipop to millions of Indians lining up at ATMs stated that Yes Bank lent to “stressed” corporates like the Anil Ambani Group and Vodafone.

So how did the Indian Ponzi scheme work?

Irrational Exuberance and State of Mania, a term coined by former US Federal Reserve chairman Alan Greenspan in 1996, may be one major reason. Indian investors were made to believe that the price of their assets will keep increasing while they were made to lose sight of its underlying value. The Modi government deliberately helped corporate India bluff. Dhar decries that Tata Steel’s $13.1 billion purchase of Corus in 2007 remained the poster child for this profligate era. Investor enthusiasm drove asset prices up to levels that aren’t supported by fundamentals. Needless to say, this purchase, like many, has turned out to be an unmitigated disaster.

Modi’s successive victory in 2019 where the BJP spent closer to $4 billion, was most probably bankrolled by corporate India. The common Indian started believing Modi as an icon and Yogi Adityanath asked the nation to bow before Modi as he could take India into the sun.

Most of the “stressed” tycoons like Gautam Adani, Mukesh Ambani, Anil Ambani, Vijay Malya, Nirav Modi, Choksi, Mittal and Subhash Chandra have some link with Modi and Amit Shah. Some of these have run away to oversees hidings and the BJP government is showing its inability to bring them back.

Since the BJP was regularly bankrolled by these dubious tycoons, they kept running the Ponzi scheme by opening new companies and diversifying their businesses in telecom, banking, energy, agriculture, food, defense production and aviation sectors. This grand Ponzi scheme, with newer names and promised dividends, kept drawing money from small and medium-sized investors as the common man could not imagine that these iconic names would let them down.

Corporate India was also instrumental in marketing Modi, the Butcher of Gujarat, as an enlightened and kind-hearted statesman who would be the flag-bearer for “Shining India” on the international stage. So it was a mutually rewarding arrangement, which humoured the international community while intoxicating the common Indian to the tune of “Bharat mein sab acha hai”.

Banks were forced by the political government in collaboration with the corporate tycoons to lend huge amounts in politically motivated development projects. This created a humongous pile of NPAs of more than $150 billion by end 2018 which can easily cross $200 billion by mid-2020. Some commentators feel that the “NPA black hole” could “suck in the country’s entire banking system”.

We had previously pointed out in our articles that the collapse of corporate India could have serious repercussions: Global investors like Saudi Aramco may have to rethink their strategy of pouring in capital in India’s hollow basket. The good thing is that Saudi Aramco has already shown some apprehensions on their promised investment in Ambani’s Reliance Energy. On Dec 23, 2019, Arabian Business magazine pointed out that Gulf countries were very cautious. Earlier in August 2019, Reliance Chairman Mukesh Ambani announced the company’s plan to sell a 20% stake in its refining and petrochemicals business to Saudi Aramco for $15 billion.

The international business community must realise that the Indian economy is in deep recession and FDI will remain very risky. Gulf countries, especially Saudi Arabia and the UAE, may have to weigh their options about whether investing in India was a bad idea and spiraling telecom and financial sector trends would negatively impact Saudi investment in the Reliance conglomerate.

With the coronavirus pandemic almost destroying the global chain of business and Indian domestic polity divided on the issue of NRC, India is in for a long haul of financial misery and recession.