This war is now the flagsh­ip projec­t of the Govern­ment of Pakist­an for the year 2020
By Muhammad Ali Ehsan
Published: March 24, 2020
Tweet Email 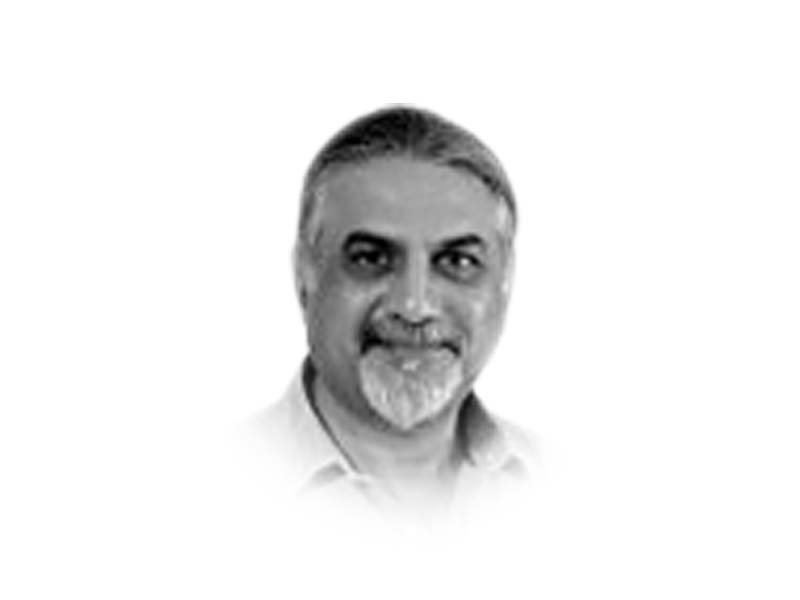 Like all other countries, Pakistan is also faced with the great challenge of fighting the war against coronavirus. Today this takes priority over everything else. No doubt, this war is now the flagship project of the Government of Pakistan for the year 2020. Famines, plagues and wars have always been the great destroyers of humankind. Over the centuries, all three put together continued to pose the most difficult environment and conditions for the survival of greater humanity and caused difficulties, unrelenting and sustained starvation, epidemic and violence. History judges all three of them not only as humanity’s worst enemies but its greatest killers as well.

Those that were in the position of authority and led this country during wars in the past had great responsibility on their shoulders. How well they performed is for the history as well people of Pakistan to judge. Once again, we are at war and this time against the Covid-19 coronavirus pandemic. PM Imran Khan becomes that lucky prime minister at war who will lead this nation in this time of difficulty. But in this indifferent war we are to stay home and not go out and fight.

Except for the brave men and women in hospitals and other facilitation services, most of us are expected to be in a state of ‘home quarantine’. This gives us a great opportunity to put to good use our leisure time. To the readers of this column, I recommend three books written by Yuval Noah Harari who is a PhD and specialises in world history. The three books, Sapiens — A Brief History of Humankind, Homo Deus — A Brief History of Tomorrow and 21 Lessons of the 21st Century, are international best sellers and answer many questions on what we as human beings have gained or lost and what are we up to in the coming future.

What Thomas Hobbes (1651) referred to as “warre” (every man against everyman) and Robert Kaplan (1994) re-defined as “coming of anarchy” (how scarcity, crime, overpopulation, tribalism and disease are rapidly destroying the social fabric of our planet), Harari (2014) calls it “the jungle law”. According to his thesis, the jungle law ended in the world because the liberal democracy invested in Francis Fukuyama’s last man so much that it enabled and empowered him to successfully stand up and fight against all three major enemies of humankind — plague, famine and war.

Harari states that this miracle is achieved because of the unprecedented achievements of democracy and the 20th century technological advancement in science and medicine which provided us with better and increased modes of production and vaccinations and antibiotics, improved hygiene and better medical infrastructures.

Not very long ago, smallpox was a very nasty and contagious disease. In 1967 alone, it had infected 15 million people and killed two million of them. Yet the world stood up and fought against it so much so that in 2014 not a single person was infected or killed by smallpox.

An interesting statistic that Harari quotes is that in ancient agricultural societies human violence caused 15% of all deaths but in the post-industrial world, the statistics of global mortality were entirely different. In 2012 alone, about 56 million people died throughout the world and only 620,000 died due to human violence, whereas 800,000 committed suicide and 1.5 million died because of diabetes. His analytical outcome is that in “Francis Fukuyyama’s last man standing world” sugar has become more dangerous than gun powder. Obesity killed more than three million people while terrorists killed only 7,000 in the year 2010.

The author’s assumption of humanity having taken over the control of the jungle is thoroughly debated in his first two books, Sapiens and Homo Deus, which were published in 2014 and 2015, respectively. His motivation to write his third book on the subject, 21 Lessons for the 21st Century (2018) comes from his grand idea that humanity to a larger extent has been able to overcome the three projects — war, famine and epidemic (not realising that in just two years’ time the onslaught of the Covid-19 coronavirus pandemic may prove him wrong).

Terming the overcoming of war, famine and epidemic as a great human achievement the author reminds the readers that “history doesn’t tolerate a vacuum” and humanity having won the war against the three evils would now need other projects to engage with. He considers the liberal story generated by the liberal international order to be the story of the ordinary people. This he says will no more remain relevant because those that matter more (the policymakers, decisionmakers, movers and shakers of world politics) will rewrite the story of ordinary people as they themselves will become extraordinary. According to him, the world will be divided into a small class of super humans and a massive underclass of useless Homo sapiens in which if the rich use their superior abilities to enrich themselves further, the rich 1% will not only own most of the world’s wealth by year 2100, but most of the world’s beauty, creativity and health as well. Such a world supported by a technological revolution will put most ordinary people out of jobs and no ideology in the world would know how to handle this technology-induced automation that will create massive unemployment.

The two examples Harari quotes are about transport and healthcare. He explains how it will become very difficult for the world to stop automation in the fields of transport and healthcare. Annually, 1.25 million people are killed in traffic accidents and 90% of these accidents are caused by human errors. With artificial intelligence (AI) drivers driving cars the likelihood of traffic accidents will reduce by 90%. Why wouldn’t the world want transport to be automated?

In the future world, the World Health Organization (WHO) would not be dealing with human doctors but AI doctors. While it is difficult to reach out and update all human doctors globally (a big challenge that the world faces today), all AI doctors could be updated in a split of a second. Such doctors would not only communicate and treat their patients with a standard set of treatment but would also be able to do that without exposing themselves to contagious diseases such as the novel coronavirus.

The three books by Yuval Noah Harari are a great source of knowledge and I recommend their reading specially to all the ‘stay at home students’ under the current conditions of ‘home quarantine’. May God keep us all safe and out of harm’s way!