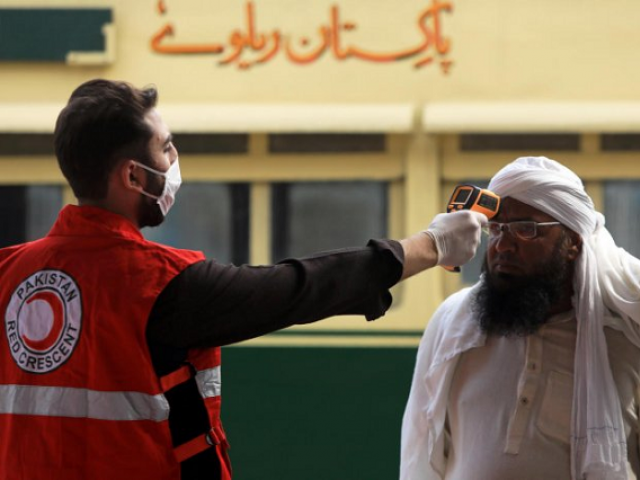 PESHAWAR: The Khyber Pakhtunkhwa government on Sunday confirmed third death to the novel coronavirus in the province, bringing the country’s tally of COVID-19 fatalities to four.

Addressing a news conference, Khyber Pakhtunkhwa (K-P) government Spokesperson Ajmal Wazir said a woman who tested positive for the virus had passed away on Saturday. She had recently returned from Iran.

Wazir said the province had 31 confirmed and 179 suspected cases of the COVID-19.

The nationwide tally of COVID-19 patients has jumped to 646 with 292 cases in Sindh; 104 in Balochistan; over 152 in Punjab; 55 in Gilgit-Baltistan; 11 in Islamabad; and one in Azad Jammu and Kashmir.

The provincial government previously announced a lockdown and shut down all markets, shopping malls and restaurants from Sunday 9:00am to March 24 owing to escalation in the transmission of COVID-19. The government has also barred restaurants and eateries from takeaways, only allowing home delivery services.

It may be mentioned here that public gatherings and private ceremonies in houses and closed compounds are also banned while educational institutions remain closed.

The K-P government also suspended inter-district public transport for seven days with effect from 9:00am on March 23.

Wazir urged the citizens to cooperate with the government by limiting social interactions and avoid gatherings.

Pakistani travellers stranded due to suspension of international flights