Balochistan braces for another batch of 1,000 pilgrims from Iran

Balochistan braces for another batch of 1,000 pilgrims from Iran

Work on the establ­ishmen­t of an emerge­ncy health city on 50 acres with a capaci­ty of 2,000 people has been starte­d
By Mohammad Zafar
Published: March 22, 2020
Tweet Email 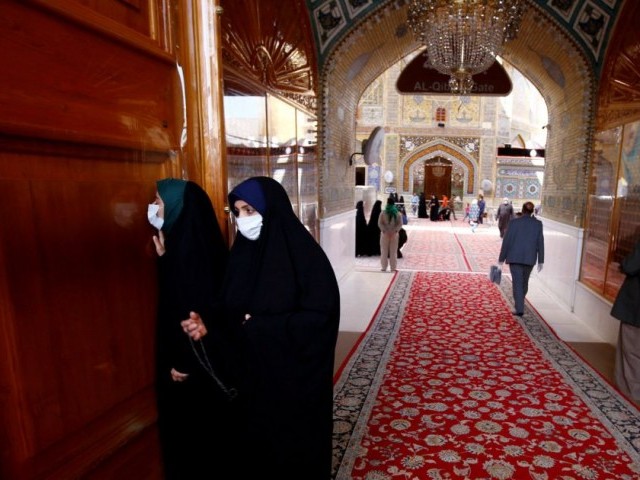 QUETTA: Balochistan Chief Secretary Captain (retd) Fazeel Asghar on Saturday stated that approximately around 1,000 pilgrims will be crossing the Taftan border and entering Pakistan from Iran.

While speaking to the media after attending the meeting of the Anti-Corona Core Committee in the Civil Secretariat of Quetta, Asghar said, “At present, there are 500 people in Taftan, while another 1,000 are expected to come from Iran. Work on the establishment of an emergency health city on 50 acres has been started which can accommodate 2,000 people. NDMA is providing 600 containers for Taftan and 300 containers for Chaman, which will be equipped with all facilities. There is no lockdown in the province. However, transport has been banned and shopping malls have been closed so that people do not gather. They are all pilgrims coming from Iran who are placed in isolation wards of Quetta.”

Provincial ministers Zahoor Buledi, Zarmak Khan Achakzai, and spokesperson for the government of Balochistan, Liaquat Shahwani were present on the occasion.

Relaying details of the second meeting of Anti-Corona Core Committee, the chief secretary said the condition of coronavirus patients along with isolation and quarantine centres was discussed.

According to him, the number of coronavirus cases in Balochistan has increased to 104 and it is highly probable that the cases may increase. “They are all pilgrims from Iran and have been admitted in Quetta. There are 500 people in Taftan whereas 1,000 more people are expected to come from Iran and those who have not been diagnosed with the virus have been repatriated.”

Asghar went on to add that people have been advised to take precautionary measures and prevented from meeting with others for 15 days. “Sometimes the symptoms of the virus even reflect after a month. We are buying appliances, medicines and building a one-room set for the patients that will have a bed and a bathroom.”

He also said, “At present, we have a facility to treat over 450 patients but we are also buying more equipment. Work has also been started on the establishment of an emergency health city on 50 acres that can accommodate 2,000 people and where all the medical facilities will be provided. 600 containers for Taftan and 300 for Chaman have also been dispatched by the NDMA.”

Towards the end of his media talk, he said, “The provincial government’s policy is that we wanted the border to remain closed but it was a matter decided by the incumbent federal government.”