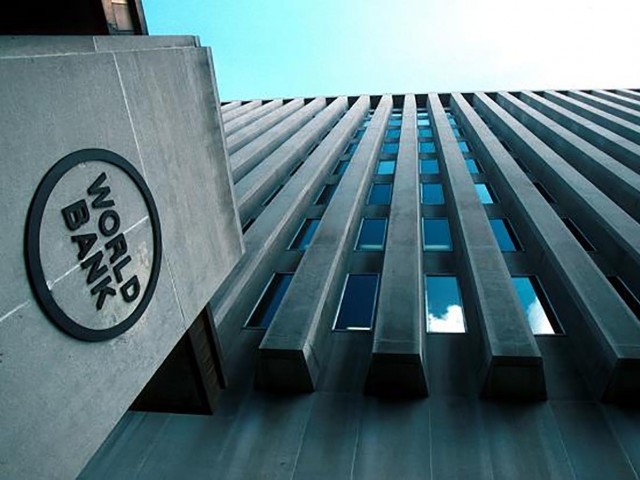 ISLAMABAD: An independent evaluation group of the World Bank has declared that Pakistan could not successfully implement the $300 million budget support loan that the lender had given three years ago for bringing transparency and deepening the financial sector.

The findings of the Independent Evaluation Group have once again endorsed the deeply-held view that successive governments have been availing budget support loans for delaying balance of payments crises instead of introducing any meaningful reforms.

The independent evaluation has given “moderately unsatisfactory” rating to Finance for Growth policy loan that the Pakistan Muslim League-Nawaz (PML-N) government had availed for bringing transparency in the financial sector, according to the report that the World Bank made public 10 days ago.

The findings also endorse the outcomes of the Implementation Completion and Results Report (ICR) of the programme that the World Bank completed three months ago.

The development objective of the loan was to support the government of Pakistan’s efforts in promoting an inclusive and transparent financial sector which is better able to intermediate resources for long-term finance.

The $301.6 million International Development Association (IDA) had been approved by the board of directors of the World Bank in March 2017 and closed in June 2018.

Improving access to finance was directed at problems with financial inclusion which remained low in Pakistan, 100 million remain unbanked and only 13% of adults had a formal account, including less than 5% of women compared to an average 37% in the south Asian region.

The multilateral lenders, excluding the International Monetary Fund (IMF), give mainly two types of loans – the project and policy loans. The successive governments have availed the policy loans at the names of reforms but used the money for building foreign exchange reserves and budget financing.

The World Bank had suspended the budgetary support in 2017 and there are hopes that the Washington-based lender may restore the policy loans in coming months after Pakistan has fulfilled an important condition on reaching an agreement between the centre and the provinces on better management of taxes.

These policy loans have increased the burden of the external debt and their share in total external gross loans has touched 70%, which is unsustainable.

The independent evaluation group has also termed the performance of the World Bank local officer moderately satisfactory, underpinning the need for improvement in processing of loans.

The evaluation showed that the then government did not complete in time many follow-up steps to the prior actions that were necessary to achieve many result targets like full operationalisation, and not just a pilot, of the Digital Transactions Accounts scheme; operationalisation of the Deposit Protection Corporation; issuance of the rules and regulations to implement the Benami Transactions Prohibition Act; and completion of the AML/CFT Mutual Evaluation Report. The target of increasing long-term banking loans as percentage of total loans was not achieved. The plan was to increase the share from 8.8% in 2018 to 10% of the deposits by 2018. Actual ratio stood at only 8.9%.

For enhancing transparency of the financial sector, the World Bank had placed a condition of establishing an adjudicating authority. But the target was not achieved and an adjudicating body for Benami accounts would have been put in place only after the rules and regulations for the newly enacted Benami Law were in place. These rules and regulations were formally launched after significant delay in March 2019.

Pakistan was put on the FATF grey list in June 2018 and this was reconfirmed after the mutual evaluation in October 2019, this would indicate weaknesses in compliance with recommendation.

The World Bank had also placed a condition to register 2% of the total outstanding bonds, which Pakistan could not meet. Only 0.7% of the bonds could be registered till the deadline.

The lender also asked to separate roles of chairman and chief executive officer of the State Life Insurance Corporation. Pakistan could not comply with the condition.

The target of improving access to finance and enhancing financial inclusion from 45 million accounts to 50 million was achieved; however, this may not be directly attributable to the prior action since the Digital Transaction Account which was approved as the action was not implemented by the target date.

There was a target to ensure 5% payments of profits on seven million national saving accounts through banks. Later on, it came to know that the accounts were not 7 million rather there were only 2.4 million accounts. The target of increasing the number of registered companies was achieved.

The target of increasing banking deposit base from Rs11 trillion in 2016 to Rs12.5 trillion by June 2018 was also achieved. The Deposit Protection Corporation was formally established on June 1, 2018, almost at the target date. However, the passing of the law may have served as a signal to the market and boosted depositor confidence, leading to an increased depositor base, according to evaluation group report.

Going forward, the evaluation group has suggested that follow-on steps to prior actions of a development policy operation (DPO) should be made explicit in the programme document and agreement for their effective and timely implementation should be secured from the government. The World Bank should be cognizant of the risks of undertaking DPO actions close to an election date and devise better mitigation measures to address political risk, it added.