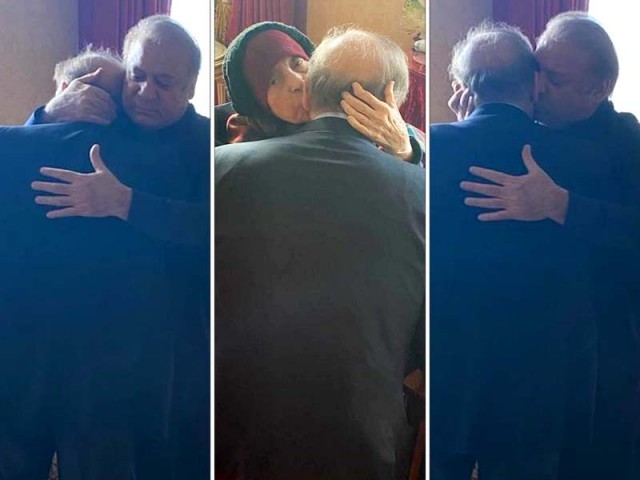 LAHORE: Pakistan Muslim League-Nawaz (PML-N) President Shehbaz Sharif embarked on a return journey to Pakistan after a four-month stay in the United Kingdom, a move said to be prompted by the federal government’s decision to close the country’s airspace for incoming passenger flights for two weeks.

Shehbaz was due to land at Islamabad airport early Sunday. As a precaution he will remain in isolation for some days before resuming his personal and political activities.

The party said Shehbaz had instructed workers not to come to the airport to receive him given the dire coronavirus situation.

Before leaving London, Shehbaz, who is also the Opposition Leader in the National Assembly, said in a video message that he wanted to return to Pakistan earlier, but was held back because of his brother Nawaz Sharif’s ailment.

But when he heard that the Pakistan government was closing down the airspace, he said, he consulted Nawaz for his return and the three-time former prime minister also suggested him to go back to Pakistan.

PML-N Punjab spokesperson Azma Bukhari said that Shehbaz was an experienced leader and he was ready to offer his assistance to the government for the wellbeing of Pakistani people. She added that the government should include all opposition leaders in its consultative meetings on coronavirus.

Shehbaz had left for London on November 19 along with Nawaz Sharif. He was expected to return soon but prolonged his stay because of Nawaz Sharif’s health situation.

The former prime minister had gone to the UK for treatment after his platelets count dropped while in jail in Pakistan.

Earlier, in a statement from London on Saturday, Shehbaz proposed imposition of a lockdown in the country and urged the government to finalise all arrangements, including provision of food and other essential items.

“The lives of Pakistanis must not be jeopardised amid the worsening state of the COVID-19 outbreak,” the PML-N chief said. “A lockdown, same as in China, must be implemented and all required arrangements be made on war footing.”

He warned that a human catastrophe as a result of “any further carelessness and dereliction” in this regard would be unacceptable. “The PTI government would be held responsible for any and all consequences of delaying the lockdown.”