Worldwide virus lockdowns as WHO warns young people 'not invincible'

Worldwide virus lockdowns as WHO warns young people 'not invincible' 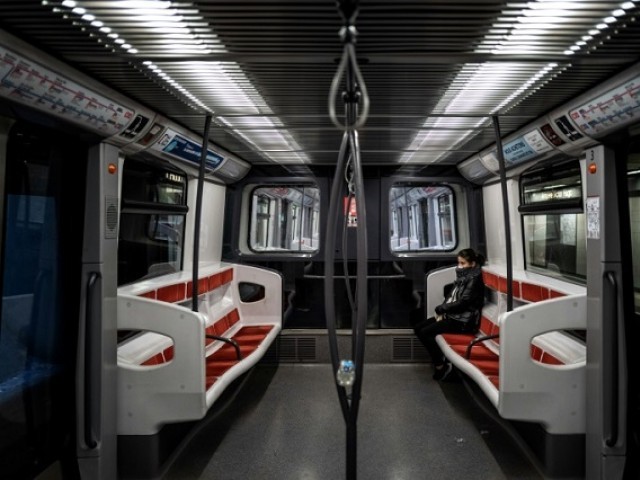 Hundreds of millions of people are facing lockdowns around the world as governments battle the coronavirus outbreak. PHOTO: AFP

UNITED NATIONS, UNITED STATES,: Hundreds of millions of people worldwide kicked off the weekend under a coronavirus lockdown, as the global death toll accelerated sharply and the World Health Organization warned young people they were “not invincible”.

The pandemic has completely upended lives across the planet, sharply restricting the movement of huge populations, shutting down schools and businesses, and forcing millions to work from home — while many have lost their livelihoods entirely.

While President Donald Trump insisted the United States was “winning” the war against the virus, individual states dramatically ramped up restrictions, with New York and Illinois joining California in ordering residents to stay home.

The virus death toll surged past 11,000 worldwide, with 4,000 alone in worst-hit Italy where the daily number of fatalities has shot up relentlessly over the past week. 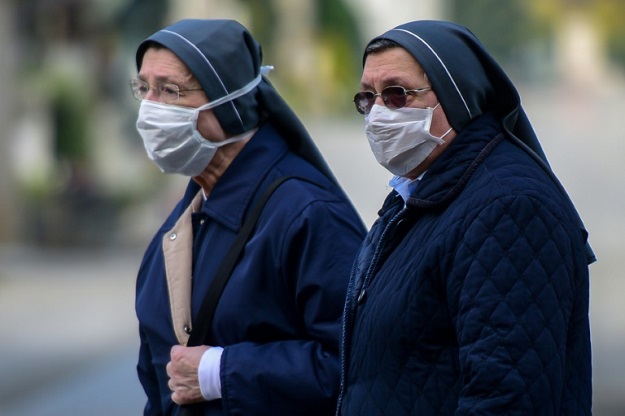 Italy is one of the hardest-hit nations in the coronavirus pandemic, with more than 4,000 deaths. PHOTO: AFP

While the elderly and those with pre-existing medical conditions are the hardest hit by the virus, WHO chief Tedros Adhanom Ghebreyesus warned that young people were also vulnerable.

“Today I have a message for young people: you are not invincible. This virus could put you in hospital for weeks — or even kill you,” Tedros said.

“Even if you don’t get sick, the choices you make about where you go could be the difference between life and death for someone else.”

China on Saturday reported no new local infections for a third straight day, and the WHO said the central Chinese city of Wuhan, where the virus emerged late last year, offered a glimmer of “hope for the rest of the world”.

President Donald Trump has said he does not think a nationwide lockdown is needed in the United States. PHOTO: AFP

But there are growing concerns of a new wave of “imported” infections in the region, with Hong Kong reporting 48 suspected cases on Friday –- its biggest daily jump since the crisis began. Many of them have a recent history of travel to or from Europe.

Across Europe, governments continued to rigorously enforce lockdown measures as the continent’s most celebrated boulevards and squares remained silent and empty even as warmer spring weather arrived.

Italy reported its worst single day, adding another 627 fatalities and taking its reported total to 4,032 despite efforts to stem the spread.

The nation of 60 million now accounts for 36 per cent of the world’s coronavirus deaths and its death rate of 8.6 per cent among confirmed infections is significantly higher than in most other countries.

France, Italy, Spain and other European countries have told people to stay at home, threatening fines in some cases, and Bavaria became the first region in Germany to order a lockdown.

Britain, falling in line with its neighbours in the European Union, also announced tougher restrictions, telling pubs, restaurants and theatres to close and promising to help cover the wages of affected workers.

With virus fears gripping the United States, its largest state California — with over 1,000 cases and 19 deaths — told its 40 million residents to stay at home.

New York state, which has reported over 7,000 cases and 39 deaths, followed suit on Friday, ordering its nearly 20 million residents to do the same from Sunday evening. 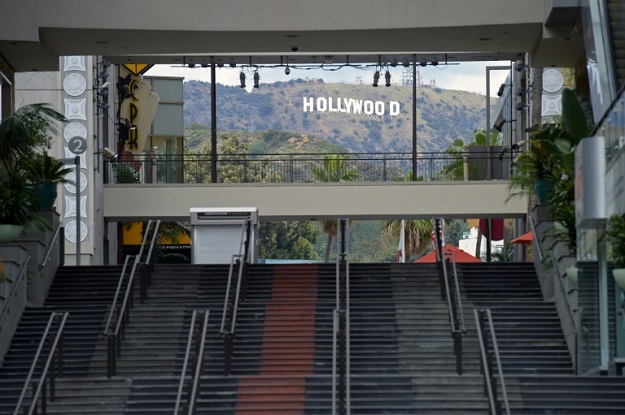 Trump applauded the New York and California decisions but said he did not think a nationwide lockdown was needed.

“Those are really two hotbeds,” he said. “I don’t think we’ll ever find (a US-wide lockdown) necessary.”

Shortly after the president spoke, the governor of Illinois ordered residents of the midwestern state to stay at home and the Connecticut governor did the same.

The stay-at-home orders put the three most populous cities in the United States — New York, Los Angeles and Chicago — under lockdown.

Trump also announced Friday that the US and Mexico have agreed to restrict non-essential travel across their border beginning on Saturday.

Meanwhile, a staffer in the office of US Vice President Mike Pence, the pointman for Washington’s response to the outbreak, tested positive for the coronavirus.