Cannabis lobby warns against smoking due to coronavirus

Cannabis lobby warns against smoking due to coronavirus

Accord­ing to NORML, about 25 millio­n Americ­ans have smoked mariju­ana in the last year
By AFP
Published: March 19, 2020
Tweet Email 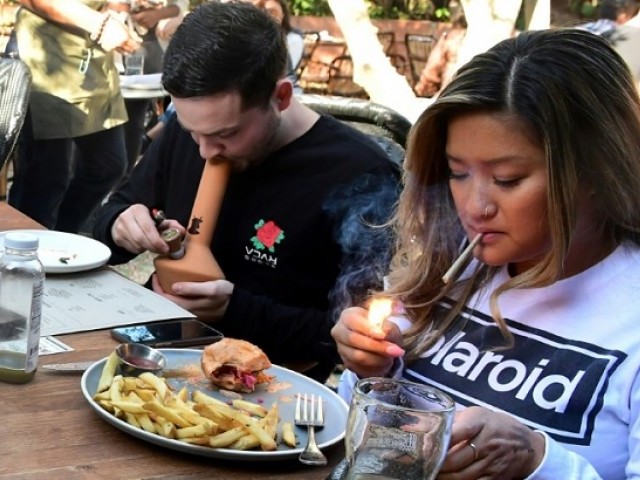 “As long as cultures have consumed cannabis, the practice of sharing a joint amongst friends has been a common social practice,” said Erik Altieri, executive director of NORML, a major US pro-cannabis lobby.

“But given what we know about COVID-19 and its transmission, it would be mindful during this time to halt this behaviour,” he said in a statement.

He also called on users to not share the various tools they might use to smoke marijuana — including bongs, water pipes or vaping pens — and to clean them with disinfectant gel.

“Further, because COVID-19 is a respiratory illness, some may wish to limit or avoid their exposure to combustive smoke — as this can put undue stress and strain on the lungs,” the statement said.

“The use of edibles or tinctures can eliminate smoke exposure entirely,” Altieri said in the statement.

COVID-19, the illness caused by the novel coronavirus, has killed at least 116 people in the US, out of more than 7,700 cases.

According to NORML, about 25 million Americans have smoked marijuana in the last year.

The drug is legal at varying levels — both for recreational and medicinal purposes — in 47 of 50 states, though it is still classified as a highly restricted substance at the federal level, similarly to LSD, cocaine or heroin.

In pictures: People gear up as Covid-19 cases soar worldwide