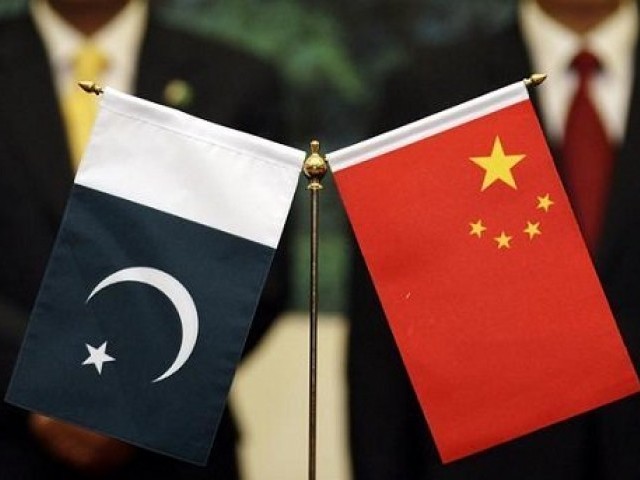 It is a special visit at a special time. H.E. Dr Arif Alvi, President of the Islamic Republic of Pakistan, visited China on March 16 and 17, 2020. As President Xi Jinping said during the meeting with President Arif Alvi, “China is deeply grateful for Pakistan’s support. Facts have proved once again that China and Pakistan are true friends who share weal and woe and good brothers who share each other’s joys and sorrows. The special friendship is a historical choice, and is deeply rooted in the hearts of the two peoples. No matter how the international situation changes, China will always stand firmly with Pakistan, and is committed to deepening the ironclad China-Pakistan friendship, so as to make China-Pakistan relations a model for building a community with a shared future for humanity, and better benefit the two peoples.”

Over the past two months, the Chinese government and its whole nation have taken the most comprehensive, thorough and strictest measures to prevent and control the outbreak of COVID-19. We highly appreciate the solidarity and support extended by Pakistan in this regard. Both President Arif Alvi and Prime Minister Imran Khan wrote letters to the Chinese leadership, and hailed their response as a model for the world. Prime Minister Imran Khan called President Xi Jinping to express his support. The National Assembly and the Senate of Pakistan both adopted resolutions to show solidarity with China. During our most difficult time, Pakistan overcame its own difficulties and provided urgently-needed medical equipment which became the most popular topic in the Chinese media. Many Pakistani citizens and students in China became volunteers and worked shoulder to shoulder with the Chinese people. They are friendly ambassadors from Pakistan and have won hearts of the Chinese people.

Thanks to the strong leadership of President Xi Jinping, the Chinese government at all levels, with the unremitting efforts and sacrifice of the people across the country, has overcome the difficult time; and the epidemic situation in China has improved to a large extent, and the peak of the epidemic in the country is over. Now, while implementing the prevention and control of the epidemic with all-out efforts, China has given more focus to gear the economic development. Although the epidemic has impacted China’s economy in the short term, the fundamentals of China’s economic trend have been unchanged, and will not change. We are confident that China’s economy will continue to provide a strong impetus to the world economy as before.

According to World Health Organization, COVID-19 can be characterised as a pandemic. It has spread to more than 150 countries and areas. Over 160,000 cases have been confirmed and more than 6,000 people have sadly died. Some of the countries and areas are in a severe situation. China’s early victory over the epidemic will make an important contribution to the global fight. China, as a responsible state, has shared with the world seven editions of guidelines on COVID-19 diagnosis and treatment, six editions of guidelines on prevention and control. China supports the UN and the WHO to mobilise international community to strengthen policy coordination, and has donated $20 million to the WHO. China is committed to helping developing countries prepare for prevention and control. Guided by its vision of building a community with a shared future for mankind, China will resolutely carry out international cooperation on joint prevention and control, unite strong wave to fight against the COVID-19, and work together to maintain global public health security.

These days we have noted that confirmed COVID-19 cases are increasing in Pakistan. The Chinese government and people are closely following the situation. Pakistan has implemented National Action Plan for COVID-19, and governments at federal and provincial levels are closely working together to fight against it. China supports Pakistan’s protection and control measures, and appreciates the efforts made by the government and people of Pakistan.

China and Pakistan are all-weather strategic cooperative partners. We cherish our good tradition for mutual support and assistance, going through thick and thin together. This time makes no exception. In order to help Pakistan for better prevention and control of the epidemic, the Chinese government has provided three consignments of Coronavirus Testing PCR-kits amounting more than 30,000, followed by supplies of masks, protective clothing and other necessary epidemic prevention facilities. Xinjiang Uygur Autonomous Region of China is also sending its donations. China will provide fund to build an isolation centre for Pakistan in dealing with the challenge. As always, the Chinese government and people will stand firmly together with our brotherly Pakistani people. We will take more measures to support Pakistan in responding to the epidemic. At the same time, China is willing to continue to support Pakistan in controlling the locust plague. I believe that by working closely together, the all-weather strategic partnership between China and Pakistan will be further deepened, and the friendship between the two peoples consolidated. We will definitely hold more solid ground in forging a closer China-Pakistan community of shared future.

Quaid-e-Azam Muhammad Ali Jinnah wrote in 1947, “We are passing through a period of fear, danger, and menace. We must have faith, unity and discipline.” This is the major strength that will make Pakistan, China as well as the international community finally win the battle against the disease.