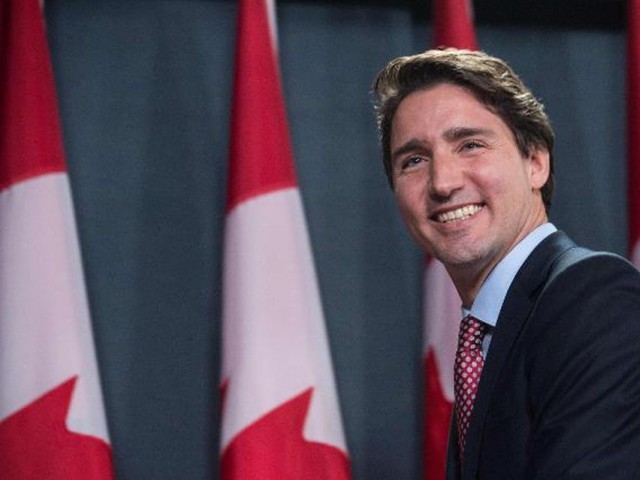 OTTAWA: Prime Minister Justin Trudeau on Tuesday urged Canadians to hunker down for possibly weeks or months of business closures and home-stay to prevent the spread of new coronavirus.

He said his government was preparing to roll out a new package of financial supports – worth Can$25 billion (US$18 billion), according to public broadcaster CBC – to ease the burden on Canadians and their businesses.

“We don’t know exactly how long this is going to take,” Trudeau said of the health crisis.

“It could be weeks. It could be months,” he told a news conference outside his residence where he and his family are self-isolating after his wife Sophie tested positive for the COVID-19 illness.

“But we will be there, standing together to support Canadians in order to get through this extremely difficult time.”

According to public health officials, the number of cases in Canada has risen to nearly 600, including eight deaths. The latest fatalities, one in Ontario province and three in British Columbia, were recorded on Tuesday.

The Emergency Measures Act has only been used once since the two World Wars. It would allow the government to suspend civil liberties and impose restrictions on the movement of people and goods – which so far have been mostly voluntary.

“It’s a very serious step, which grants extraordinary powers to the federal government,” she acknowledged. “We would never introduce it without careful consultation.”

During the First and Second World Wars, it was used to intern thousands of recent immigrants labelled “enemy aliens.”

It was last used when it was still known as the War Measures Act and Trudeau’s father, then-prime minister Pierre Trudeau, invoked it to deploy soldiers during the 1970 October Crisis in Quebec province after the kidnappings of British and Quebec officials by the Front de Liberation du Quebec.

On Monday, Canada closed its border to most foreigners except Americans.

Airlines were ordered not to allow passengers with flu-like symptoms to board, while all inbound international flights will be redirected to airports in Montreal, Toronto, Calgary and Vancouver, where public health screenings will be stepped up.

Public broadcaster CBC said the aid package would be disbursed through existing programs such as employment insurance and a child tax benefit. The broadcaster cited an unnamed government official as saying: “People need rent money and groceries. Businesses need to bridge to better times.”

“As much as possible, stay home,” Trudeau urged on Tuesday. “Don’t go out unless you absolutely have to. Work remotely if you can. Let the kids run around a bit in the house.”

With young people not getting the message, Quebec province on Tuesday enlisted the help of artists and athletes including Samuel Piette, a player with Montreal Impact of Major League Soccer.

“This is not the time to have parties,” Quebec Premier Francois Legault said.