On the cusp: National Institute of Virology to develop its own coronavirus diagnostic kit

On the cusp: National Institute of Virology to develop its own coronavirus diagnostic kit

Low-cost Pakist­ani kit will be able to diagno­se the virus in its early stages­
By Safdar Rizvi
Published: March 18, 2020
Tweet Email 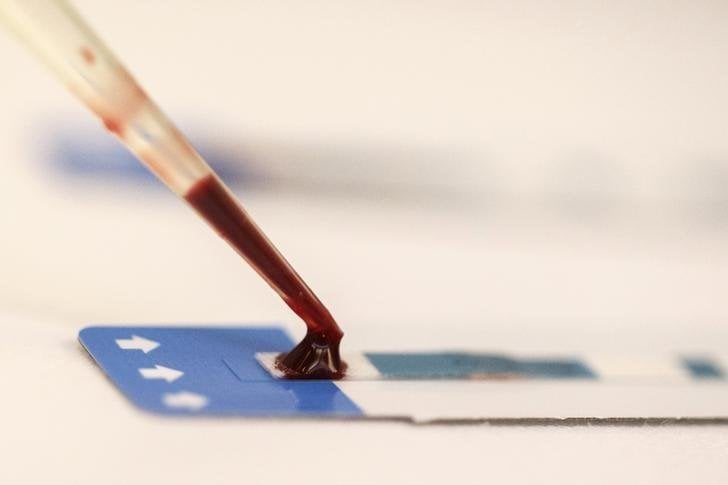 KARACHI: As the pandemic spreads and case statistics increase by leaps and bounds, Pakistani scientists are on the brink of developing locally produced diagnostic kits for the novel coronavirus. The kits, to be prepared by scientists at the National Institute of Virology (NIV), with the corporation of Chinese researchers, will be the first of its kind to be produced in the country, claim researchers behind the project.

The latest development in the project surfaced when scientists achieved ‘positive control’ of the virus in the first phase of experimentation. Since then, preliminary experimentation on the synthetic plasmid gene of the coronavirus imported from China has been completed while orders have been placed for the import of chemicals required for the second stage of the process.

Speaking to The Express Tribune, International Center for Chemical and Biology Sciences (ICCBS) Director Prof Dr Iqbal Chaudhry, confirmed the development of the diagnostic kits at the National Institute of Virology, a sub-institution under ICCBS of the University of Karachi. “COVID-19 is a national threat and we, with the intention of curbing and controlling the disease in the country have begun preparing to produce the kits domestically in Pakistan,” he added.

According to Dr Mohammad Ammar Athar, a Pakistani scientist working on producing the diagnostic kits, they have set two targets for the project.  The first, fundamental target is to prepare the early diagnostic kits capable of diagnosing the lowest limits of the virus, while the second target is to diagnose multiple people with a single low-cost kit. “The required chemicals are expected to arrive from Canada by next week and it will take us about 18 months from then to prepare the diagnostic kits,” he claimed.

As per Pakistani researchers, the Chinese imported synthetic plasmid gene of the coronavirus has been matched with a designed primer and has proven successful in detecting the virus. “We have obtained a positive control of the virus and changed the primer from a powder form to liquid which is lyophilized to save the biological content,” the researchers informed.

So far, imported coronavirus kits have not been entirely successful in detecting the virus despite clear symptoms since the kits are not equipped for early detection or low limits of the virus. “However, our primary target for the domestically produced kits is to focus on early detection,” said Dr Ammar Athar. “Scientifically speaking, the limit of a virus in a human body is called ‘copy’. The kits that have arrived in Pakistan are capable of detecting a viral load 300 copies while we aim to diagnose as low as 50 copies with our own kits. This is a huge target to achieve but if we are able to detect the virus in its early stages before it multiplies, it will make treatment significantly easier,” he added.

As per ICCBS Director Dr Iqbal Chaudhry, certain kits being imported from China and other countries have the capacity to test 20 cases while others can test 48. “However, we are trying to prepare a kit capable of testing over 300 samples and real-time work on PCR technology is being carried out for the preparation of these kits, producing which can cost up to Rs 250,000 to 300, 000 per kit,” Chaudhry further informed.

While speaking to The Express Tribune, Chaudhry also assured of full cooperation to the relevant authorities regarding funding for the project. “The test is likely to cost between Rs 300 to Rs 500 after the preparation of the diagnostic kits, while the management of a public and private hospital has also been contacted in the regard since samples of a few COVID-19 positive cases are required for the preparation of the kits,” said the ICCBS director. “Both hospitals have agreed full cooperation but owing to the sensitivity of the matter, the positive test samples required for the preparation of the kit would not be transported but experimented internally at the concerned hospitals,” he concluded.