Amid COVID-19 pandemic, Ulema in Pakistan advise prayers at home

Amid COVID-19 pandemic, Ulema in Pakistan advise prayers at home 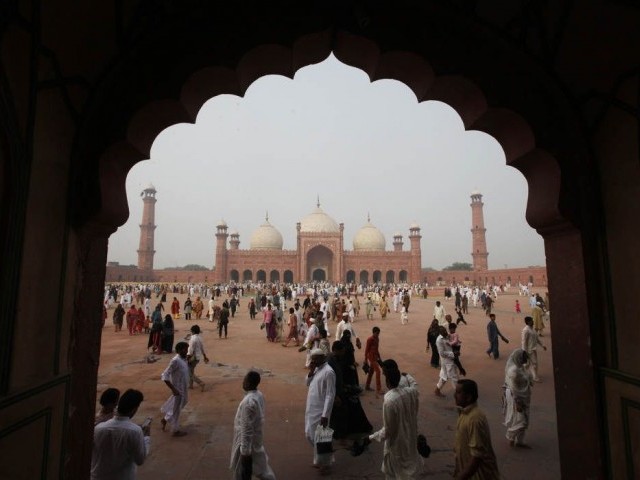 Muslims walk near the Badshahi mosque after attending a mass prayer for Eid al-Adha in Lahore, Pakistan. PHOTO: REUTERS

The Urdu speeches during Friday prayers should be ended besides restricting the Arabic sermons to a minimum level and offering Sunnah of all five prayers at home, says a religious decree issued by ‘Darul Afta’  of the Pakistan Ulema Council (PUC), Wafaqul Madaris Pakistan and Ulema of various schools of thought in a meeting chaired by Allama Tahir Mehmood Ashrafi.

The decree says all religious and political gatherings should be suspended/restricted forthwith for preventing the spread of the deadly coronavirus in the country.

It says sufficient space should be ensured between prayer rugs (Saf) of mosques, adding that joint prayers should be offered on bare floor and floors must be cleaned with soap and surf before offering each prayer.

The decree called on philanthropists to donate soaps, sanitisers in mosques to benefit the people.

The Ulema urged adopting principals of Islamic Sharia to protect themselves from the deadly COVID-19.

“Preventive measures are not unIslamic. Hand shaking and hugging is not obligatory, instead say only Assallamaalaikum to friends and others during meetings,” the decree reads. “People should use masks, sanitisers, as precautionary measures.”

The Ulema urged the businessmen to avoid hoarding of masks, sanitisers and asked people to lodge complaints with the relevant district management about the illegal practice.

They also urged the government to punish hoarders and profiteers.

“The nation should persistently seek forgiveness for their sins from the Almightly, recite Ayat-e-Karima and Darood Sharif as well as ensure implementation of the government’s instructions to remain safe from the deadly virus,” the Ulema said.