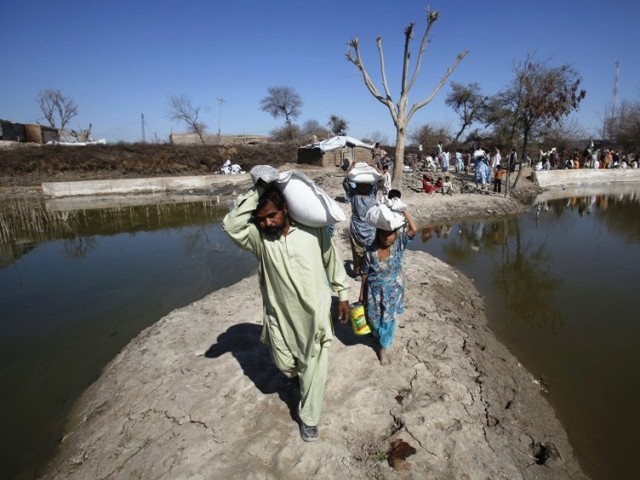 Residents are trying to drain water from their homes on a self help basis. PHOTO: REUTERS

NOWSHERA: Flash floods in Nowshera have destroyed six houses while damaging 80 others on Tuesday.

The floods also damaged goods and merchandise inside shops in Jahangira Market.

Twenty shops and several houses were affected in the area.

Residents are trying to drain water from their homes on a self help basis.

Earlier, an Oxfam report said Pakistan has failed to invest in prevention measures since last year’s floods. It warned that river embankments had not been rebuilt, leaving villages more open to flooding, and that two to five million people were likely to be affected by this year’s monsoon floods.