Ziarat may be known for the Quaid-i-Azam reside­ncy but you won’t be able to get over the magnan­imous skies
By Sarah Price
Published: March 14, 2020
Tweet Email 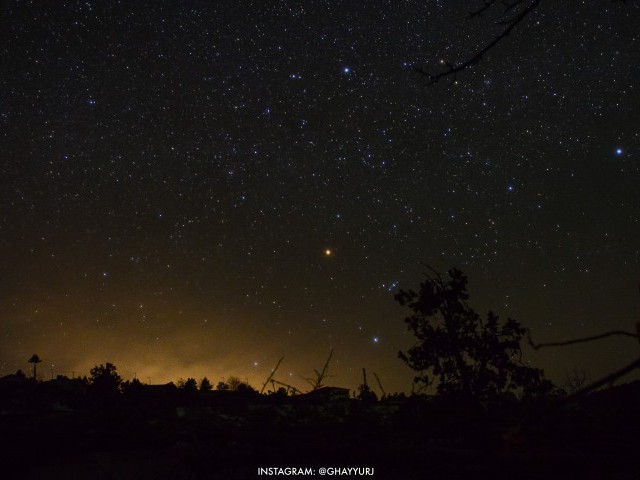 ZIARAT: Balochistan. The land of seemingly untouched beauty and stark wilderness rarely recognised in today’s mainstream tourist destinations. However, foreigners are starting to get intrigued, and locals are starting to venture more into this magnificent land that has – for a long time – been sorely misunderstood.

Ziarat is surely one popular destination that comes to mind when you think of heading out somewhere from the capital city of Quetta. Located in the North West of the province, Ziarat is a three-hour drive from Quetta and if you end up going straight you’ll reach the Afghan border. It’s predominantly a Pushtun city with smaller pockets of nomadic tribes passing through the mountains with their livestock.

The road trip alone invokes a sense of almost ascending to the clouds. Stark, rugged and often snow-capped mountains cradle the curvaceous roads, moving along the natural course of the land. When you reach your destination, a small town awaits, willing to reveal its secrets. 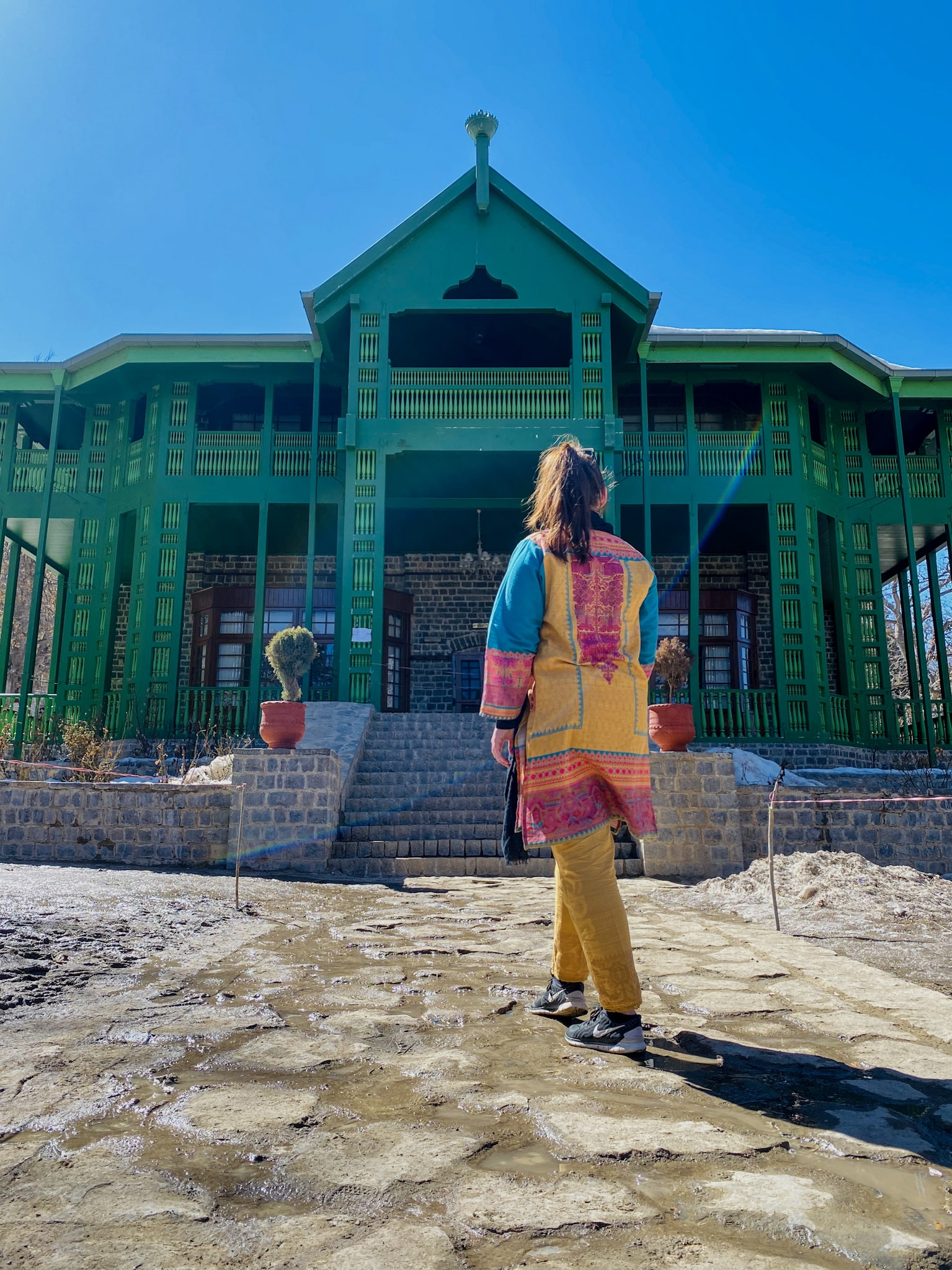 Ziarat, meaning ‘shrine,’ is named after Baba Kharwari’s final resting place. Kharwari is a 19th-century saint who is buried 8 kilometers downhill from the main tourist city where his shrine is also located. Hordes of devotees and tourists frequent the shrine on and offseason.

Interestingly, Ziarat is also one of the safest places to travel in Balochistan. Family-friendly yet a serious case of wanderlust for young and old, the district is known to have a close to zero crime rate.

The people of Ziarat are peaceful and friendly, but they may make light-hearted banter for tourists wearing layers upon layers in the cold temperatures when they are usually only wearing shalwar kameez and open slippers. 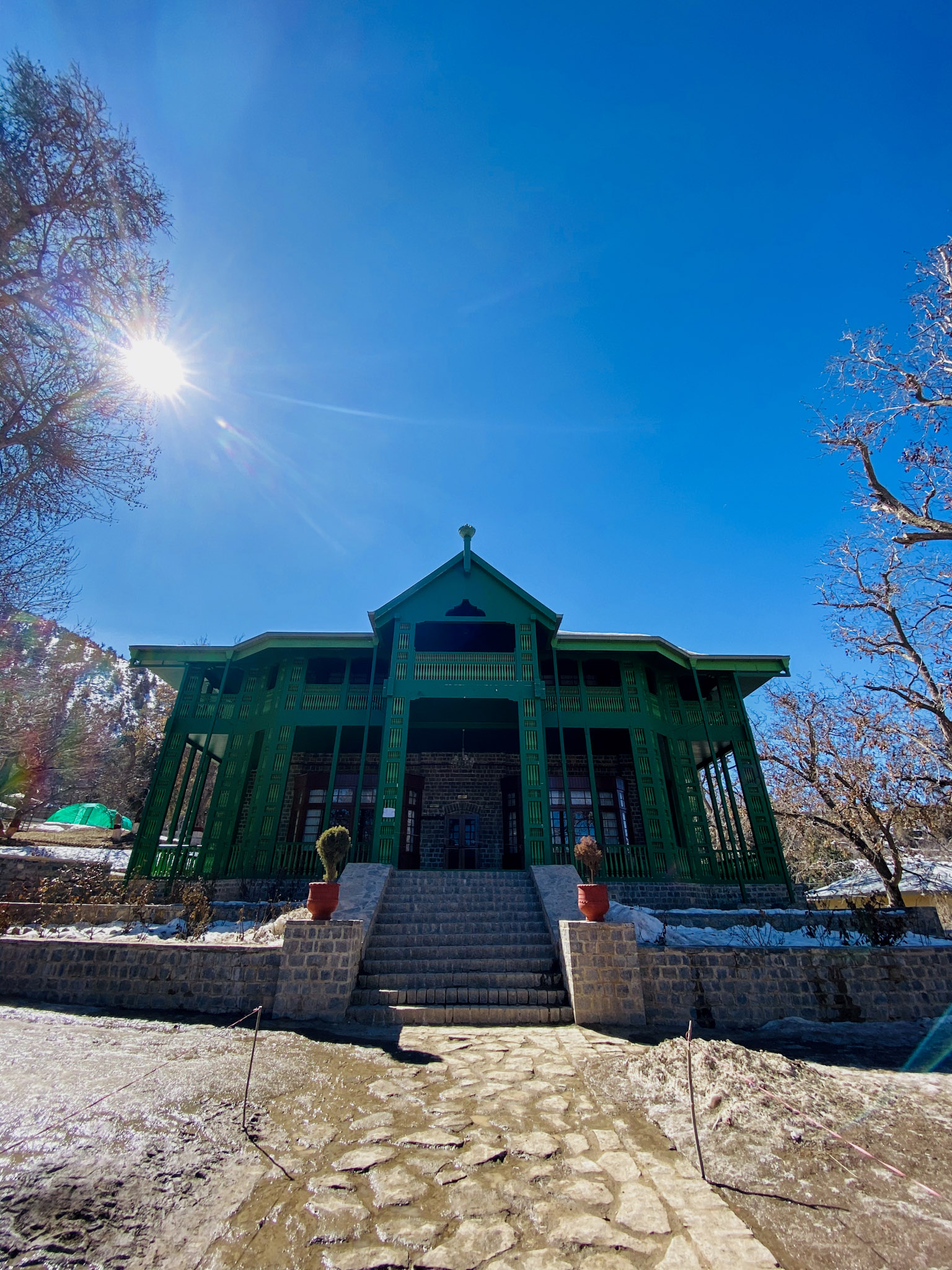 Ziarat’s claim to fame is the Ziarat residency, a national monument constructed in 1892 by the British. Quaid-i-Azam resided here during the summer and spent the last months of his illness here with Fatima Jinnah in 1948.

The green building surrounded by a beautiful garden has been restored exactly the way it was before the 2013 attack, which severely damaged its structure. The double-storied wooden structure is nested on a hill-top, and from its wooded lawns shares one full, mesmerising view of the valley.

The house seems to indicate Jinnah’s distinct style, as if he left part of himself there – masculine, quintessential, powerful and perhaps a little stern. Understandably, locals are very protective about the residency but are willing to guide and provide as much information as possible. It is clear that many of them have a deep-rooted patriotic love for the area which once housed the founder of the nation.

A road snaking across a winding path through the area takes you deep into the seemingly unexplored horizons. But what awaits is a natural spectacle not easily forgotten. Ziarat’s fabled Juniper trees surround the area; they make it the second-largest juniper forest in the world.

The forest also has one of the oldest living trees on earth. The youngest is thought to be 200 years old, while the older prehistoric ‘living fossils’ are a staggering 5,000 to 7,000 years old. However, a sad reality befalls such a magnificent trait of Ziarat. 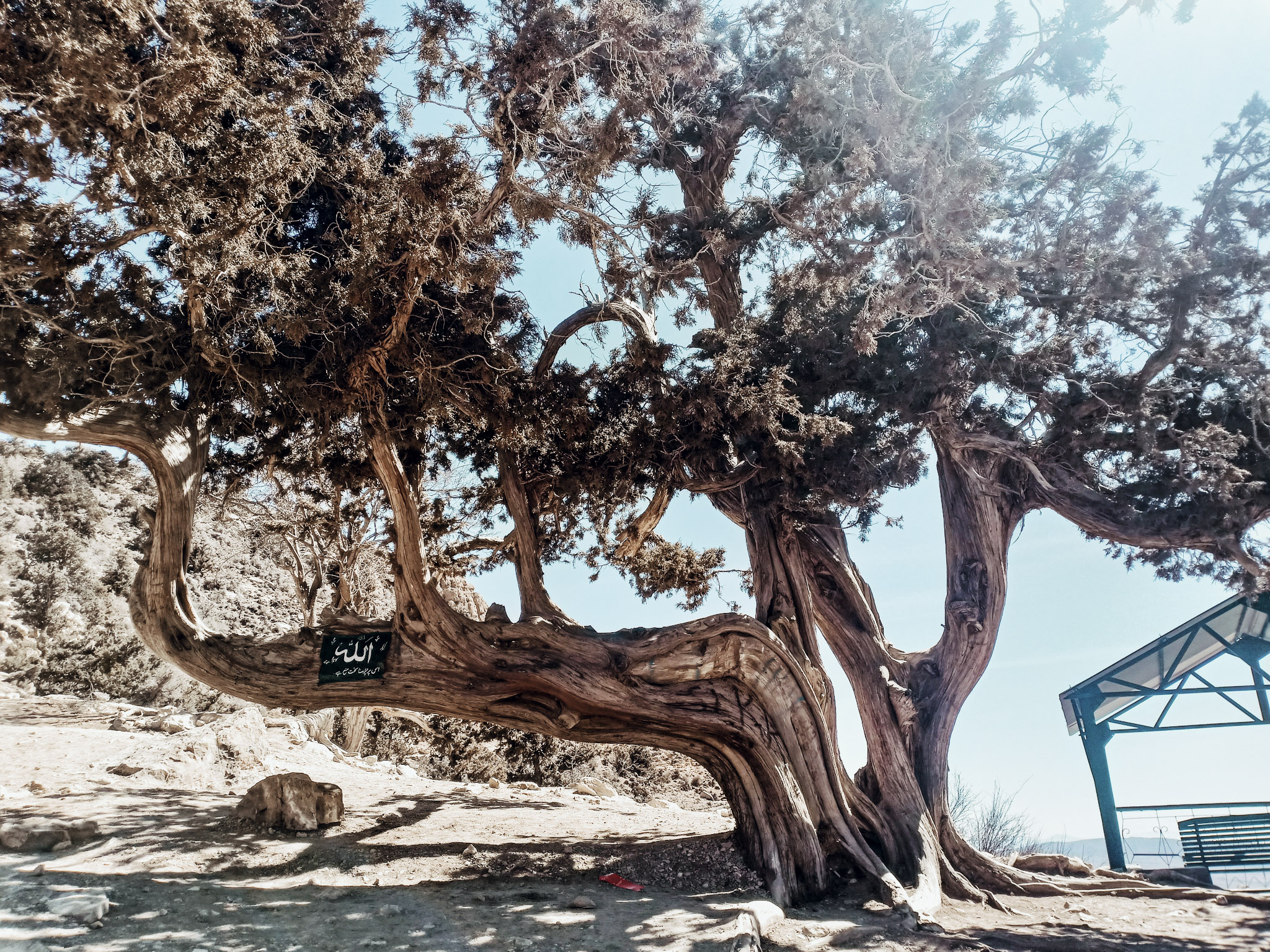 The protected areas are fighting for survival against the timber mafia and locals who need the wood for survival. As the regeneration of Juniper trees are slow, replacing them takes time and great care.

The Juniper valleys offer a good opportunity for hiking and trekking. Prospect Point is the main hotspot to enjoy rewarding views. Typical tourist photo opportunities include the famous pre-historic Juniper tree that has branched out to form the word of Allah over time, which welcomes onlookers to the point. Behind the enchanting tree lie views that are truly unforgettable. The snow-capped Khilafat Hills, where Ziarat’s highest peak resides at 3,5000m, glows golden in the high sun including a steep cliff edge soaring over the juniper-covered valley. Magnificent panoramic views of the mountains and gorges of Sulaiman soar through an endless sky to complete your view. 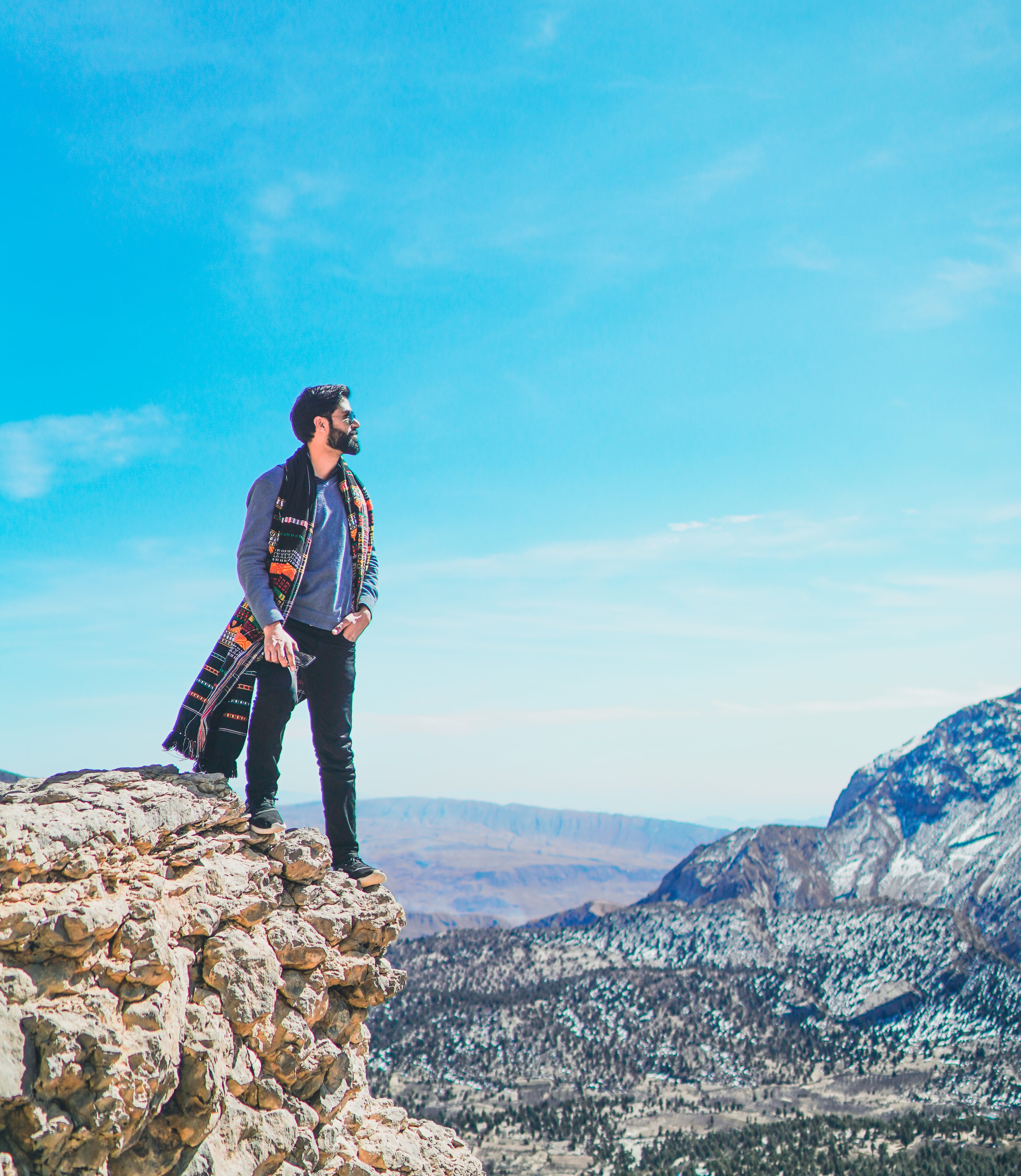 It’s also important to mention the wondrous caves that exist in Ziarat. Although it may be difficult to explore the deeper sites hidden away in the mountains, a little taste awaits in Sandeman Tangi. Just four kilometers out of Ziarat, it’s a perfect daytime spot to admire the natural spectacle.

A narrow cleft carved through a limestone ridge over millions of years by flowing water, it contains a dramatic waterfall and clear water to take a sip if needed. The crystal clear, still water creates a lagoon-like scenario once entering the cave, with freshwater rippling down the rocks. Herds of sheep belonging to nomadic children can be heard by the soft chimes of their bells, and often wander around the area. 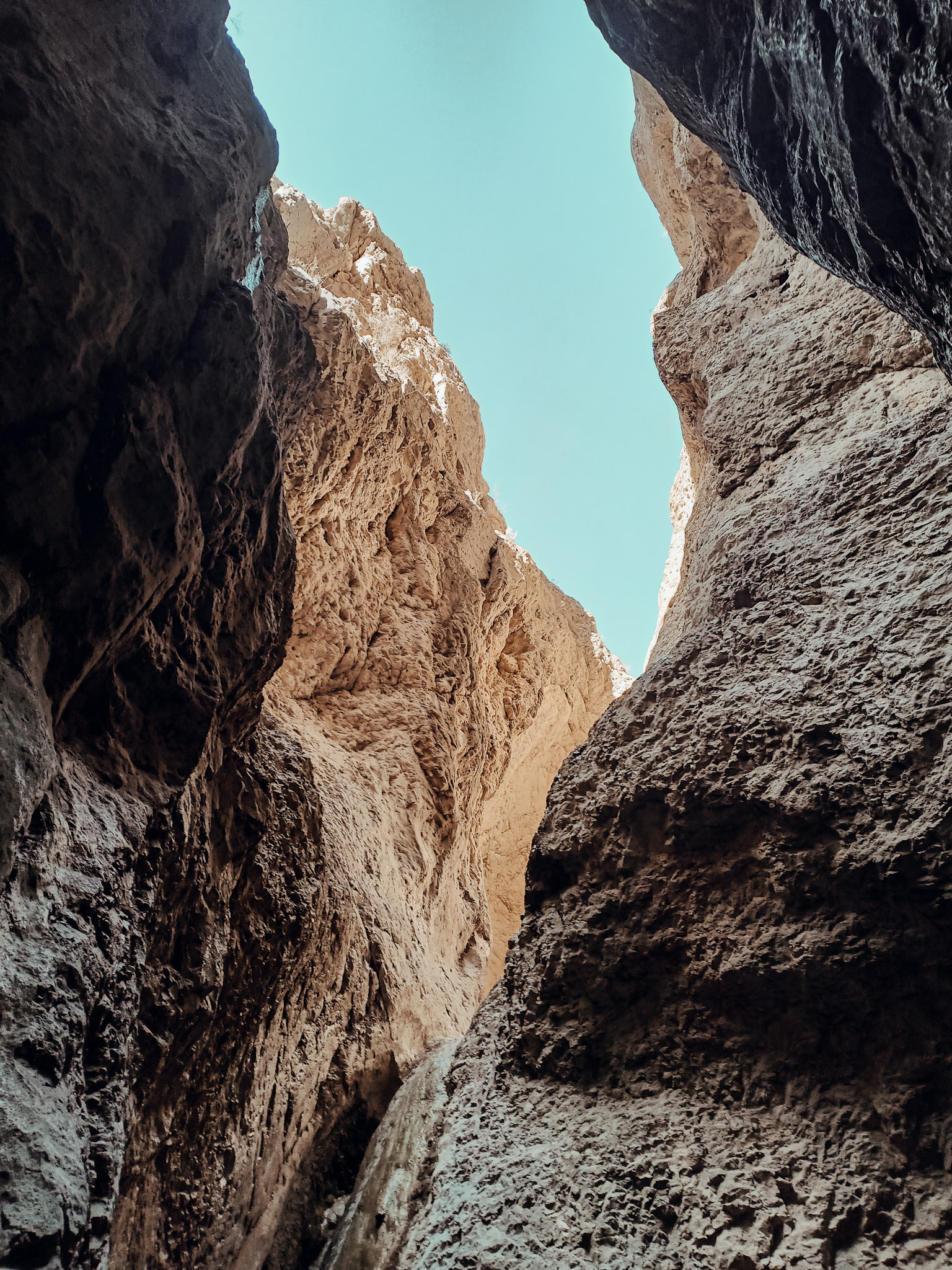 Ziarat’s resplendent sunsets are a sight to behold, especially from mountainous viewpoints. But the treat for sore eyes doesn’t end there. Once the sun goes down, Ziarat’s skies share another magnanimous surprise. 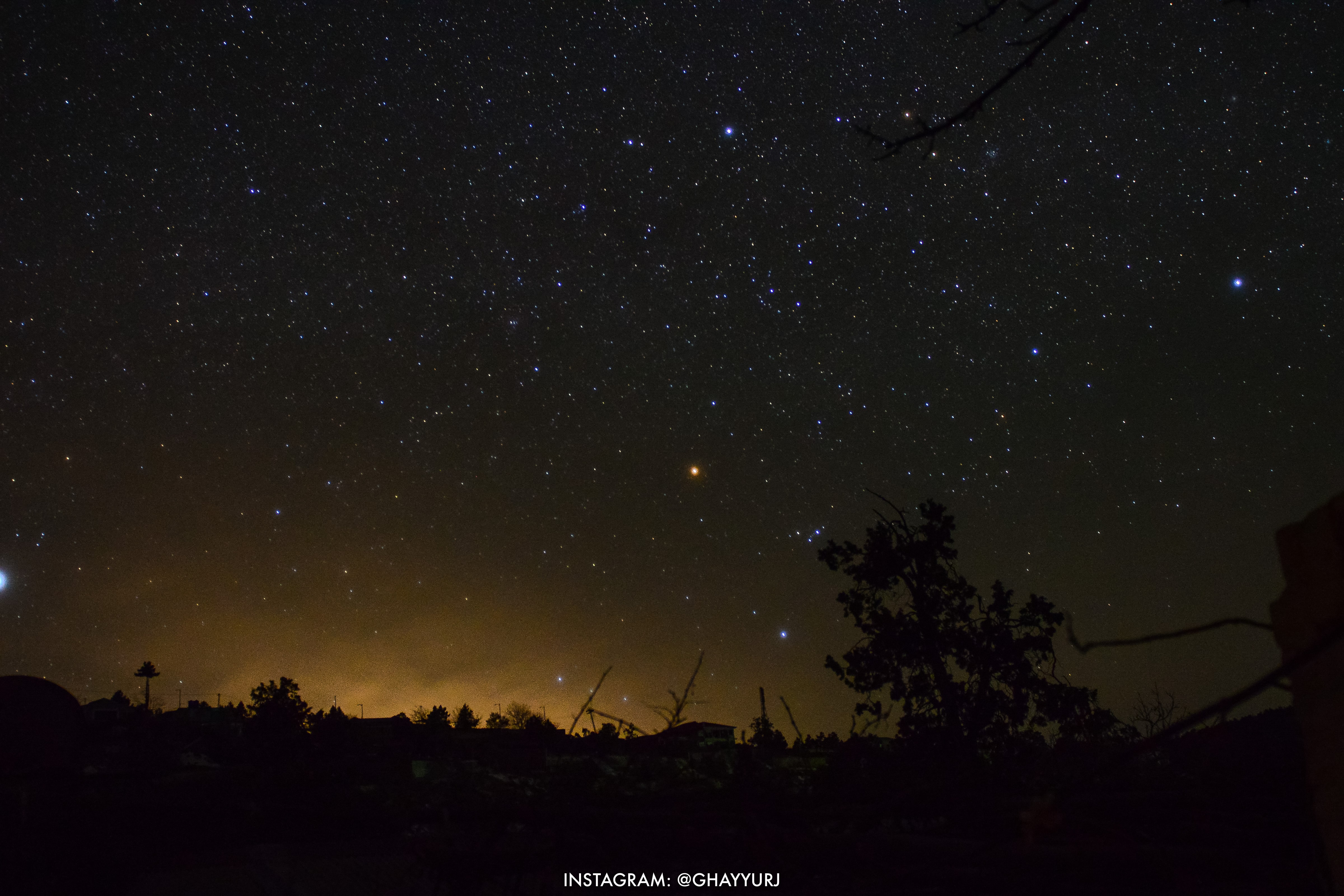 A starry canvas bedazzles, with celestial views of planets (Venus can be spotted) and major stars. Make sure to enjoy the magical moment over a bonfire, because the night-sky will surely instill nomadic feelings.

It may be freezing, often well-below zero, but with extra layers and a searing fire crackling, a comforting warmth will be experienced in no time. As far as food is concerned, one of the things Balochistan is famous for is the sajji-making experience. This is an apt time to enjoy a scrumptious goat leg or other ghosht recipes under the sky.

As the sun rises, the pink light casts its spell over the scenic and mountainous Ziarat once more. After what seems like surviving a freezing night, the sun is a welcome warmth to the body. Sip on some fresh chai and enjoy the view, thanking Ziarat for sharing its richness.

This travelogue is published in collaboration with Find My Adventure. Click here to book a trip like this.

COVID-19: Cinemas, theatres in Pakistan to close down